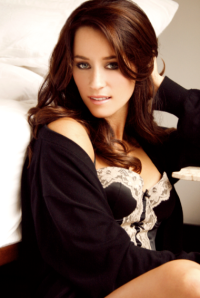 This weekend marks the release of 3 new major releases at the theatres. There’s Liam Neeson kicking some wolf ass in The Grey. Sam Worthington wants to jump off the ledge of a building. Oh there’s also a new Katherine Heigl movie. Yeah, we all cringed at the thought of that. Anyway, I was considering to start off the ELO with Yvonne Strahovski since last night was the series finale of Chuck. Then I realized I haven’t featured Mekenna Melvin during the show’s run since she appeared as Casey’s daughter Alex. So let’s kick off this week’s ELO with her!

After the jump, Chuck season 5 blooper reel, Pat Sajak was drunk behind the wheel but wasn’t charged for DUI, Oscars suck, new tidbit on The Hobbit, the return of Ferris Bueller and listen to Joseph Gordon-Levitt cover The Beatles! END_OF_DOCUMENT_TOKEN_TO_BE_REPLACED 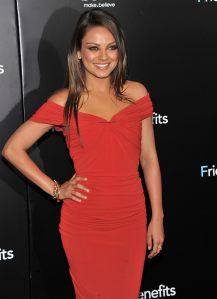 Comic-Con is happening this weekend. The reports from panels and other events at SDCC 2011 will continue to roll in, so expect updated links as we go along this weekend. Kicking things off is Mila Kunis from the Friends with Benefits premiere. Of course, if you prefer comic book flicks, Captain America: The First Avenger is in theatres this week as well. To the folks in Aussieland, it comes out next Thursday.

After the jump, some collectibles to be on the lookout for, copycat film showdown, Spidey-news, Chuck’s final run on network TV, The Dark Knight Rises trailer… animated style and a new downloadable Mortal Kombat character revealed. END_OF_DOCUMENT_TOKEN_TO_BE_REPLACED 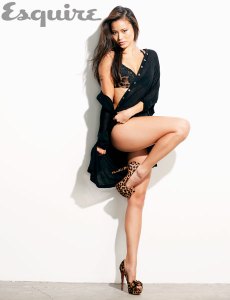 It’s battle of the big blockbusters in Australia this weekend with Thor duking it out against Fast Five at the theatres. This is a somewhat unusual case of having two big movies open in the same week well ahead of their North American release dates. Meanwhile back in Canada and the US… there’s nothing all that worth looking at this weekend. I’ll just kick star this ELO with Jamie Chung because she was featured in the latest Esquire photoshoot.

We’ve all pocket dialled at least once but it’s never really led to anything more than using up a few minutes of our phone plans. For one man in Illinois, a pocket dial led to a SWAT team to surround the school where he worked. The man, a teacher by day, was driving home with his phone in his back pocket when he butt dialled his wife. She heard the muffled sounds of hip hop music so she called 911 assuming her husband was being held hostage at work. For three hours, a SWAT team scoured the school looking for the man and his kidnappers but it wasn’t until police went to his home three hours later that they called off the search. By that time, there were three media helicopters and several dozen people watching outside the school. That would probably make it the most expensive butt dial in the history of cell phones. END_OF_DOCUMENT_TOKEN_TO_BE_REPLACED

It was indeed a jam-packed day at Comic-Con. All the big movies displayed the big guns to generate buzz and support including Cowboys and Aliens, Thor, Captain America, Harry Potter and the Deathly Hallows and Green Lantern. Other films that made quite the splash include Let Me In, Paul and Sucker Punch. Of course, we also check in on Team Bartowski during the Chuck panel (which was disappointingly short this year). END_OF_DOCUMENT_TOKEN_TO_BE_REPLACED

Seventeen episodes down and only two to go. Tonight marks the end of the third season of Chuck. Unlike last season, the show has already been renewed for a fourth season. But just because the show is safe from cancellation doesn’t mean that you shouldn’t be watching it. Unlike last night’s Lost finale, catching you up for tonight’s finale of Chuck should be fairly straight-forward. END_OF_DOCUMENT_TOKEN_TO_BE_REPLACED 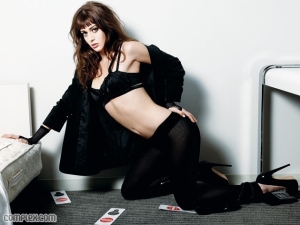 Leading off the Entertainment Link-Off this week is Lizzy Caplan. She recently appeared in the film Hot Tub Time Machine. That film is hilarious and is filled with some quite memorable one-liners. If you haven’t seen it, you should definitely go check it out.

After the jump, Roger Ebert hates 3D movies, a new Save Chuck campaign, a few tidbits on upcoming films and the Muppets released their commentary on the hit viral video Bohemian Rhapsody. END_OF_DOCUMENT_TOKEN_TO_BE_REPLACED

Some things will just spoil your day. Whether it’s a late post on The Lowdown Blog or your favourite sports team being taken down by the evil empire, there are some things you’d rather not have to put up with. Of course, spoilers are also those folks that tell you the ending of a movie or TV show before you see it. For example, in 1980, you were likely to be bludgeoned to death with a plastic lightsaber if you mentioned that Darth Vader was Luke’s father. We try to avoid doing the latter in this post while we talk a lot about the former in this post. I’ll spoil this post for you by saying that, as with most of my diatribes, it makes as much sense as the last sentence. END_OF_DOCUMENT_TOKEN_TO_BE_REPLACED 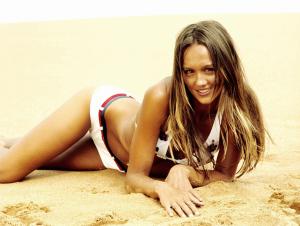 Happy Easter Saturday! I don’t know about you, but I’ve never called this day Easter Saturday, but apparently the Aussies do. Anyway, kicking off this link-off is Sharni Vinson. No she’s not in the movie Clash of the Titans (out this weekend), but she’ll be taking part in a clash of her own this summer in Step Up 3D.

After the jump a few April Fool’s related items, the writer of Battlefield Earth apologizes to all moviegoers, some movie trailers to check out and the Muppets celebrate Easter by eating bunny rabbits. END_OF_DOCUMENT_TOKEN_TO_BE_REPLACED 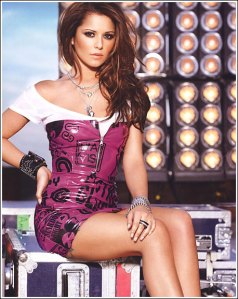 G’day everyone! It’s time for another edition of the ELO and this week, let’s kick it off with the newly single Cheryl Cole. Might as well introduce all the folks in North America to her now. If Simon Cowell gets his way, she’ll be in front of your TV screens very soon.

After the jump, Agent John Casey gets the Chuck Norris treatment, a small rivalry going on between Kick Ass and Clash of the Titans, the new Scott Pilgrim one-sheet, some Glee news, a TV theme songs medley and Hugh Jackman sings in Chinese! END_OF_DOCUMENT_TOKEN_TO_BE_REPLACED