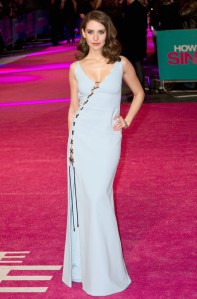 For one last time in this latest run, I’m substituting in for Jackie for this weekend’s entertainment and pop culture links. I thought calling myself a sub was appropriate since it’s NBA All-Star Weekend in Toronto and we all know Jackie’s fondness for basketball.

I assume that most everyone is going to the theatre shortly. There’s plenty for you to watch this week. If you’re looking for a Valentine’s rom-com, there’s How to be Single. If you want straight comedy, you can check out Zoolander 2 (but you shouldn’t). And for everyone else, there’s Deadpool.

Anyway, enough of the preamble. We should just get straight to the links. Let’s kick things off with Alison Brie who’s starring in How to be Single.

END_OF_DOCUMENT_TOKEN_TO_BE_REPLACED

This weekend at the box office, you can catch some Navy SEALs in action in Act of Valor. There’s also the comedy Wanderlust starring Paul Rudd and Jennifer Aniston. As alternative programming, Amanda Seyfried stars in the thriller Gone. Funny enough, only Wanderlust is currently carrying a fresh rating. Anyway, I’ll kick off this entry with Ms. Seyfried here. 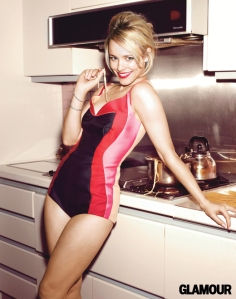 In theatres this weekend, there’s the sequel to the 3D schlock-fest Journey to the Center of the Earth titled Journey 2: The Mysterious Island. Instead of having Brendan Fraser in the leader, Dwayne Johnson has taken over this time around. There’s also the CIA action thriller Safe House starring Denzel Washington and Ryan Reynolds. And finally, just in time for Singles Awareness Day… I mean Valentine’s Day, there’s the romance drama The Vow starring Channing Tatum and Rachel McAdams. Oh what the heck, let’s start this ELO with the Canadian leading lady shall we?

After the jump, a few new movie trailers to check out (including Spidey), Dwayne Johnson wants to be president, watch Superman and Batman discuss social media and new music videos from the cast of New Girl as well as Joseph Vincent and Lights. END_OF_DOCUMENT_TOKEN_TO_BE_REPLACED

It’s all about action this weekend at the box office. You can catch George Lucas’ passion project WWII flick Red Tails starring Terrence Howard and Cuba Gooding Jr. There’s also Gina Carano’s acting debut in Haywire. Of course, for those who are fans of seeing Kate Beckinsale with blue contacts and in a tight black corset outfit, Underworld: Awakening is at a theatre near you. The Underworld films have never been great, but somehow Kate Beckinsale does the trick when it comes to drawing me to the theatre, so let’s kick start the ELO with her.

After the jump, a SOPA infographic, a few movie trailers to see, news on some possible movie sequels, Chuck Norris may have ruined The Expendables, Rachel Bilson displays her rapping chops and you should join “The Bark Side”. END_OF_DOCUMENT_TOKEN_TO_BE_REPLACED

It’s Saturday, so it’s time for another Entertainment Link-Off. This weekend at the box office, it’s a face-off between the star studded/critically bashed New Years Eve or there’s the less critically hated The Sitter starring Jonah Hill. Oh you can also find Ari Graynor in The Sitter, so let’s start off the ELO with her.

After the jump, the new Spider-Man poster, some Battleship related links, save Greendale Community College, reaction to The Dark Knight Rises prologue, a few more movie trailers to check out and ending it all off with the latest music video from Magnetic North. END_OF_DOCUMENT_TOKEN_TO_BE_REPLACED

Well I’m back to write up another edition of the Entertainment Link-Off. Steve is probably glad he doesn’t have to throw in something last minute again. Anyway, there’s a handful of surprisingly rotten films this weekend at the box office. There’s the visual extravaganza The Immortals starring future Superman Henry Cavill. Also, there’s another Leonardo Dicaprio’s attempt at an Oscar (more on that later) in J. Edgar. Since I missed the release of Like Crazy from last week, I thought I just ignore the films this weekend and kick things off with British actress Felicity Jones.

After the jump, a few movie trailers to take a look at, the crew behind Harold and Kumar seem to do a lot of crazy things behind the scenes, movie posters all look the same, Strombo interviews Kermit the Frog and the Wonder Girls are back with a new music video! END_OF_DOCUMENT_TOKEN_TO_BE_REPLACED 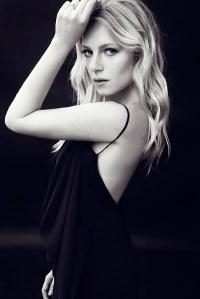 This weekend at the box office, it’s horror flick Final Desination 5 facing off against action/comedy 30 Minutes or Less. Neither film is likely to beat out those apes for the first place spot though. Anyway, leading this off is one of the cast members of Final Desination 5, Emma Bell.

Fast Five is out this weekend and I was initially going to kick off this entry with Jordana Brewster but since Steve beat me to the punch, I’ll kick things off with Friday Night Lights alum Aimee Teegarden. Catch her while you can in the final season of FNL on NBC at 9 pm on Fridays or perhaps head to the big screens to see her as the leading lady in Disney’s latest flick Prom.

After the jump, never use real guns when making videos, movie trailers galore and an awesome music medley to listen to. END_OF_DOCUMENT_TOKEN_TO_BE_REPLACED

TRONNNNNNN!!!! Yes, this weekend marks the release of the highly anticipated sequel Tron Legacy. So the Tomatometer is a bit rotten at the moment, but the stunning visuals (and eye candy) should be enough to convince us all to see it on the big screen! Since this is the big movie opening this weekend, it would also be appropriate to kick off the ELO with Olivia Wilde.

After a two week hiatus, I am back! Steve has done a wonderful job with the ELO over the past two weeks, so I can safely assume he didn’t scare off any readers right? Yes? Awesome! Anyway, this weekend marks the release of the first part of the final chapter of the Harry Potter franchise. There is no better way to kick things off with the HP leading lady Emma Watson.

After the jump, sports athletes tackle popular movies, what if David Fincher didn’t make The Social Network, a few movie trailers to check out, Supernatural meets The X-Files and Harry Potter decided to turn evil. END_OF_DOCUMENT_TOKEN_TO_BE_REPLACED