Most men have a little trouble getting going when they’re drunk but a man from Blackburn must now wish that he had that problem. The Weekly World News says that a man was so drunk that he had sex with a snowman and ended up getting a frostbitten penis for his troubles. He got lucky, though, because he still has his penis. If he returns to the scene of the crime, neighbourhood residents say they will exact revenge on behalf of the violated snowman. That would be adding injury to… well, injury. END_OF_DOCUMENT_TOKEN_TO_BE_REPLACED

While America could definitely use gun control, sometimes people learn about the importance of it themselves. For example, take an 18-year-old Florida man who learned the hard way about cleaning guns. He accidentally shot himself while cleaning the gun. The bullet passed through his penis and left testicle before ending up in his thigh. Suffice to say that he’ll only be shooting blanks from now on. END_OF_DOCUMENT_TOKEN_TO_BE_REPLACED

By now, you’ve probably heard about the monkey who made an appearance at a north Toronto IKEA store. However, you may not know the whole story. The seven-month-old monkey escaped from its crate in a car in the IKEA parking lot before wandering into the store. Like a scene out of a Curious George book, the monkey was wearing a fur coat. Okay, George wore a big yellow hat but you get what I’m talking about.  The monkey’s owner has been charged with possessing a prohibited animal. You know, I wonder if that monkey would have an easier time putting together IKEA’s furniture than I do. END_OF_DOCUMENT_TOKEN_TO_BE_REPLACED

If you thought Snakes on a Plane was a fictional movie, you’d be wrong. A Jordanian pet shop owner inadvertently recreated the movie on a flight from Cairo to Kuwait. The man snuck an Egyptian cobra (also called an Asp) on the plane in his carry-on bag. The problem was that he couldn’t control the snake. It bit him and slithered away through the plane under the seats. The plane had to make an emergency landing to get rid of the snake. It was a bit safer than Samuel L. Jackson’s preferred snake extraction method of opening some fucking windows.

Since I’m obligated to say it: Enough is enough! I have had it with these monkey fighting snakes on this Monday to Friday plane! What? Were you expecting something else? END_OF_DOCUMENT_TOKEN_TO_BE_REPLACED

I didn’t realize it but the Canadian government’s economic stimulus program, the Economic Action Plan, still exists. It turns out that they’re advertising it in unusual spaces. Someone found an ad for the EAP on infamous torrent sharing The Pirate bay alongside ads for gambling and dating websites. The government says they didn’t ask for an ad on The Pirate Bay but one of their online ad networks bought one there on their behalf. I actually think advertising on TPB is a good idea. After all, if you’re pirating stuff online, you could use a couple extra bucks. END_OF_DOCUMENT_TOKEN_TO_BE_REPLACED 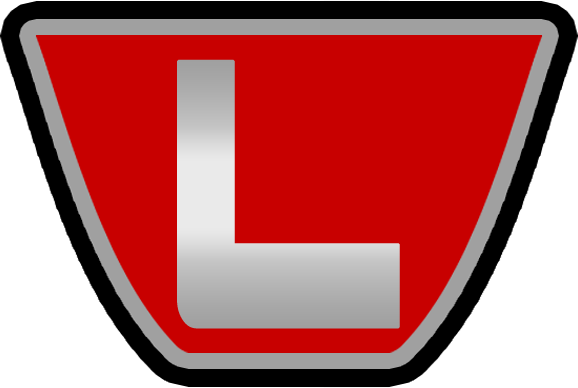 Sometimes, it’s best to leave well enough alone. That’s not the case if you’re the owner of an Ottawa restaurant. The owner of Mambo Nuevo Latino was none too pleased that a customer gave her restaurant a negative review so she sent emails to the reviewer’s bosses and created an online dating profile. Both the emails and profile mentioned that the reviewer was into anything, including couples, threesomes and group sex. The email included the line: “Am especially into transsexuals and transgenders (being one myself ).” That’s one way to get back at online reviews. If it wasn’t libel, I’d suggest bloggers should try this with moronic commenters. END_OF_DOCUMENT_TOKEN_TO_BE_REPLACED

The most heinous of crimes was recently uncovered in Quebec. Thieves robbed a warehouse belonging to the Federation of Quebec Maple Syrup Producers, making off with an estimated $30 million worth of maple syrup. The volume of maple syrup stolen hasn’t been released but the warehouse held 3.4 million litres of syrup which accounts for 10% of Quebec’s annual production volume and a quarter of the province’s maple syrup inventory. The province of Quebec is responsible for producing 75% of the world’s maple syrup meaning that 7.5% of this year’s total world production of maple syrup has gone missing. Time to start hoarding. END_OF_DOCUMENT_TOKEN_TO_BE_REPLACED

Mountain Dew recently launched a poll to name a new apple-flavoured Mountain Dew. What could possibly go wrong? Enter 4chan. They caught wind of the contest and had their trademark fun. They spammed the poll to get such unusable names as Fapple,” “Gushing Granny,” “Diabeetus” and “Hitler did nothing wrong” to the top of the charts. They also hacked the site to display a banner reading “Mtn Dew salutes the Israeli Mossad for demolishing 3 towers on 9/11!” and added a pop-up which Rickrolled people. This is what happens when the marketing department is too lazy to name a new drink and leaves it to the internet. After all, we did rig a contest to send Pitbull to Alaska. END_OF_DOCUMENT_TOKEN_TO_BE_REPLACED

Today’s only in America story: A Washington man ordered a flat-screen TV on Amazon.com and was surprised to receive a semi-automatic assault rifle instead. The TV was purchased from a third-party seller through Amazon but the man ended up with a military-style SIG Sauer SIG716 assault rifle that was supposed to go to a Pennsylvania gun shop instead. He couldn’t even return the gun because to Amazon because it was illegal for the man to actually possess that weapon or transport it by car in DC. Yes, only in America is it that easy to buy a high-powered killing machine. END_OF_DOCUMENT_TOKEN_TO_BE_REPLACED

The Republicans might be complaining about the new law stating that health insurance providers must pay for contraception but they wouldn’t if they saw this story from Arizona. When a bull is in the mood for some loving, there’s nothing you can do to stop him. A bull being led across a field decided it was in a romantic mood. The bull chased its handler and pinned the man against a police cruiser where it tried to mate with him. The man got away without having to make a walk of shame but the mounted police car received some minor damage. So maybe contraception isn’t as great an evil as the Republicans and the religious right want you to believe. END_OF_DOCUMENT_TOKEN_TO_BE_REPLACED