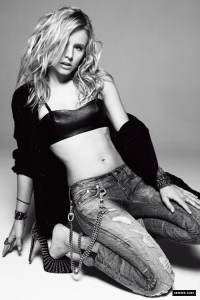 There aren’t any films opening this weekend that cracked the fresh rating on Rotten Tomatoes this weekend. Oliver Stone’s follow-up to Wall Street is a quasi-bust, Zack Snyder’s Legend of the Guardians isn’t getting rave reviews despite funny visuals and You Again starring Kristen Bell is getting drubbed by critics. Perhaps it’s best that we all just stick with TV now that the fall season is in full session.

After the jump, George Lucas is sitting on a pile of cash because of us, a few tidbits on Community, Scott Pilgrim DVD release date, Abigail Breslin has some vocal chops and the alternate opening sequence to Iron Man 2! END_OF_DOCUMENT_TOKEN_TO_BE_REPLACED 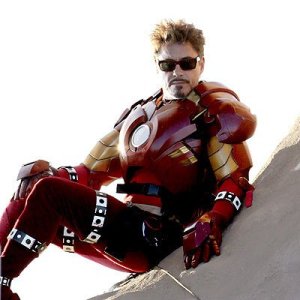 I’ll be covering this in the upcoming episode of The Lowdown, but for those who are interested and can’t wait til the release of our next episode, you can catch a quick review here!

Sequels have a habit of running into trouble in terms of creativity or attaining the same level of enjoyment among the audience. Did the followup to the wildly successful Iron Man live up to expectations? Find out after the jump. END_OF_DOCUMENT_TOKEN_TO_BE_REPLACED

Leading off the Entertainment Link-Off this week is Lizzy Caplan. She recently appeared in the film Hot Tub Time Machine. That film is hilarious and is filled with some quite memorable one-liners. If you haven’t seen it, you should definitely go check it out.

After the jump, Roger Ebert hates 3D movies, a new Save Chuck campaign, a few tidbits on upcoming films and the Muppets released their commentary on the hit viral video Bohemian Rhapsody. END_OF_DOCUMENT_TOKEN_TO_BE_REPLACED

Saturday was a busy day with many interesting panels going on throughout the day. There was some awesomeness from Chuck, fun stuff from the Glee panel, lots of destruction for Zombieland and 2012, Kevin Smith pays a visit to please all the nerds out there and of course… new material from Iron Man 2! END_OF_DOCUMENT_TOKEN_TO_BE_REPLACED

Be a nerd. Join the herd. Save Chuck! The second season finale of Chuck airs on Monday at 8pm on NBC (CityTV if you’re in Canada). Don’t forget to tune in if you want the show to have a shot at a third season! If you missed the majority of the second season, don’t worry, you can catch up by clicking this. In addition to watching the finale on Monday night, don’t forget to take part in the Save Chuck Campaign. The recent rumours about a Chuck renewal aren’t true, so we must push forward to prevent Ben Silverman from making the biggest mistake of his life by cancelling this series. While most “save our show” campaigns are useless, this one might be more effective. Have faith fellow Nerd Herders. Viva Buymoria!

After the jump, more articles on movies, video games, video games turned into movies (or not) and a hilarious Chuck fanvid. END_OF_DOCUMENT_TOKEN_TO_BE_REPLACED