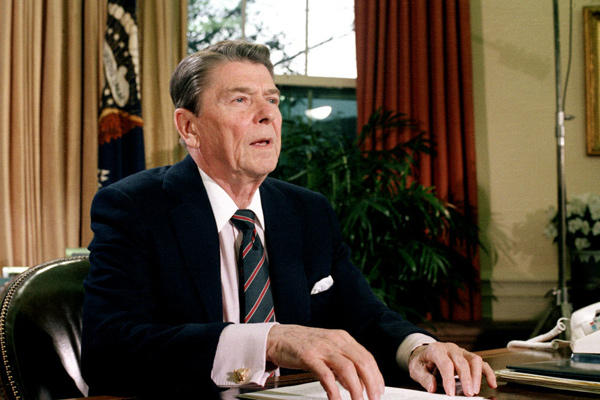 If you talk to Republicans, one of their greatest heroes is actor-turned-politician Ronald Reagan. The 40th President of the United States is an icon for Conservatives. However, is it possible that Reagan’s policies of the 1980s would be politically left of those who claim him as a sort of demigod, the Tea Party? Could it be that the Tea Party is so out of touch with the policies that led to American prosperity under Reagan that he couldn’t win the Republican Presidential nomination if he ran in 2012?

Today’s Republican Party, led by a faction of neoconservatives referred to as The Tea Party, are an uncompromising group who believes in smaller government, cutting spending (except in defence where the policy is peace through strength) and lowering taxes. They see President Obama as the antithesis of their core values while President Reagan embodies all that they fight for.

Socially, while Reagan was firmly in favour of imposing his and his party’s beliefs on America, he was willing to admit that there was room for compromise. In his 1980 platform, Reagan and the GOP admitted that abortion was a complex issue and there were many different views. Still, he wanted a constitutional amendment banning abortion. The Tea Party refers to abortion as a war on religion. They also lump the Democrats’ policies on health care and same-sex marriage as part of the war on religion.

Of course, the First Amendment of the US Constitution makes reference to government not doing anything for or against religious beliefs but Republican views on abortion are almost always based solely on religious views. It’s contradictory that the Republicans would hold up the Constitution as the be all and end all of political documents but champion policies on same-sex marriage and abortion that spit in the face of the First Amendment and the words of founding father Thomas Jefferson who believed in a “wall of separation between Church & State.” 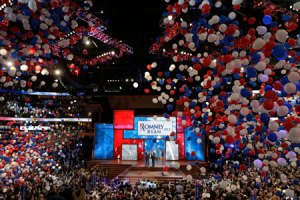 The immigration policies of the 1980 Republican Party and the 2012 GOP sound like they are from two different parties with two different philosophies. The Reagan-era policy includes the line “Republicans are proud that our people have opened their arms and hearts to strangers from abroad and we favor an immigration and refugee policy which is consistent with this tradition.” That’s an almost inclusionary sounding policy from the Republicans. Today’s GOP talks more about curbing illegal immigration and preventing illegal entrants into America from seeing any prosperity rather than encouraging people to come to America.

Even beyond Reagan’s two terms, there were Republican presidents whose initiatives wouldn’t be supported by the Tea Party. The Environmental Protection Agency was created under the watch of Richard Nixon. Today, Republicans don’t believe that global warming is a scientific fact. George H.W. Bush was a supporter for the Americans with Disabilities Act while today’s GOP is targeting social security for spending cuts. George W. Bush added a prescription drug benefit to Medicare while the GOP are looking to reinvent Medicare as something derogatorily referred to as VoucherCare.

Economically, the two talk the same game but Reagan’s actions during his first team are very different from what he promised in the 1980 Republican Platform. Reagan’s first platform made repeated references to cutting taxes for families and decreasing the burden that taxation places on them. However, his two tax increases of 1982 and 1983 actually increased the tax burden on middle-class families by 0.7%. Noted economist Paul Krugman wrote in 2004 that “no peacetime president has raised taxes so much on so many people.” If you look at the tax changes legislated in under Reagan, while taxes decreased overall, the Reagan administration dialled back half of his original 1981 tax cut.

Today’s Tea Party dominated Republican Party is opposed to any tax increases despite the fact that economic prosperity was better when Clinton raised taxes than under Reagan’s yo-yo-ing tax policies. American saw a faster increase in middle-class income and job creation. Despite evidence to the contrary, the Republicans believe that the best course of action is cutting income tax 20% across the board, extending the George W. Bush tax cuts and eliminating investment taxes on the middle and lower classes. Somehow, they’ll cut enough spending to balance the budget. All these ideas are effectively a modernization of Reaganomics. In the end, Reagan went back on his tax cuts and never came close to balancing the budget.

One of the recurring themes of the Republican campaign for the White House was that President Obama’s spending is out of control as evidenced by the national debt reaching its highest level ever. Prominent Republicans like House speaker John Boehner referred to the debt as a “drain on [the] economy and a crushing burden on our kids and grandkids.” Republican National Committee chair Reince Priebus suggested that the rising debt showed that Obama couldn’t control spending. 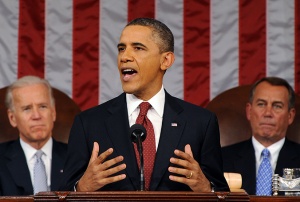 However, while Reagan may have cut government spending during his time in office, he wasn’t opposed to running deficits which increased the national debt. The national debt as a percentage of GDP in 1980, immediately prior to Reagan to taking office, was 26.1%. At the end of Reagan’s two terms in office was 41.0% after running deficits in each of his eight years in office. In terms of dollars, the debt nearly tripled from $712 billion to $2.05 trillion or an increase of 188%. By comparison, the debt under President Obama increased by 176% with debt at the end of 2008 being $5.8 trillion and most recently being reported at $16 trillion. Republican pundits like to say that debt has never grown faster than under Obama but Reagan actually has him beat.

While today’s GOP says they look to Reagan for inspiration on how to best govern America, it’s apparent that the Tea Party has charted its own course for governing. In the grand scheme of the political spectrum, the Tea Party’s social policies are more conservative than Reagan. While the economic policies are based around the same principles of lower taxes and spending, Reagan was willing to raise taxes subsequent to his 1981 tax cut.

So we come back to the question of if Ronald Reagan, hero of the Tea Party, would be too moderate to earn the Republican Presidential nomination. Governor Mitt Romney of Massachusetts should have been too moderate thanks to his assault rifle ban and introducing health care reform used as the basis for President Obama’s Affordable Care Act. Chameleon Mitt Romney at times seems more moderate than Reagan and more conservative depending on the audience he is talking to. Reagan was always Reagan. Agree with his politics or not, in researching his politics and Presidency, I’ve never once read that he flip-flopped constantly or completely changed his message to appeal to all voters.

Reagan probably would have been able to win the Presidential nomination for 2012 considering the weak field that the Republicans put up. If he had to combat with people who were charismatic or had bipartisan appeal like the prospective 2016 nominees such as Chris Christie, Marco Rubio and Bobby Jindal, I wouldn’t like Reagan’s chances. His policies just don’t fit with the Tea Party’s values well enough to get their support.

If Reagan was elected President in 2012, I think it would have been a far different Presidency than his of the 1980s. The tax cuts, spending cuts and increase in defense funding would have all still been there. So would the perpetual deficit and increase in national debt. From the last four years, we’ve already seen that the Republicans aren’t willing to compromise on their ideals. It’s unlikely that the rest of the GOP would let Reagan raise taxes during his second year in office. Without that tax increase, who knows how bad the debt would get. From this campaign, it’s apparent that prayer is the only means the Tea Party has at its disposal to balance the budget.

21 thoughts on “Is Ronald Reagan Actually a Hero of The Tea Party?”