The new Canadian government was elected with a key part of their platform being that marijuana would be legalized. Now, they’re only something like six months into governance but wouldn’t it have been fitting if their new law went into effect or was introduced on 4/20. At least they have a whole twelve months to target that date again. I’d love to see what pot sales are like from 4/13 to 4/20 and compare that to the weeks before and after.

Anyway, if you’re reading this, then it’s likely Wednesday which means you’re here for the links. Let’s kick off with Selena Gomez.

Megyn Kelly organized a secret meeting with Donald Trump to organize a one-on-one interview. The secret message some observers are taking is that Kelly is trying to up her stock in the run up to contract negotiations. (Daily Intelligencer)

Bernie Sanders lost the Democratic primary in New York but he’s still seemingly in a battle with his own party. His team is trying to get the DNC to look into fundraising practices of the Clinton campaign. (Vice)

Ben and Jerry of Ben & Jerry’s ice cream fame were arrested for taking part in a protest in Washington last weekend. (CNN)

END_OF_DOCUMENT_TOKEN_TO_BE_REPLACED

We’re over two weeks into the month of June and just handed out the Stanley Cup. I can’t be the only one who thinks that hockey has no place in the summer months, right? That’s not the only June thing that I have a problem with. I also have problems with Apple and video game industry trying to steal my money as well. END_OF_DOCUMENT_TOKEN_TO_BE_REPLACED

We’ve reached the end of another week at Lowdown HQ. For the last week, I haven’t known which day of the week it was but I always know when it’s Sunday. And as a special treat to kickoff today’s links, here’s the blog debut of Marloes Horst.

With the new Three Stooges movie coming out this weekend (which I’m terrified to actually watch), I think now’s a good time to look back on the history of the original Three Stooges. (Neatorama)

Some movie lines are more quotable than other but did you know there’s a science behind which quotes are the most memorable. Researchers at Cornell have cracked the code. (The Independent)

And just for fun, here’s a behind the scenes look at Jeopardy with a Jeopardy champion. (Warming Glow)

After the jump, both sides of The Masters duel, the Better Business Bureau looks at ME3 and Russia’s version of a customer complaint department. END_OF_DOCUMENT_TOKEN_TO_BE_REPLACED 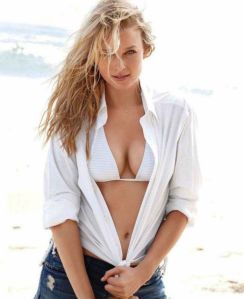 It’s Saturday, so that means it’s time for another hit of the Entertainment Link-Off. It’s the dog days of summer at the movies and it doesn’t look like new releases would be making that big of a splash at the box office this weekend. Kicking off this entry is Rachel Nichols from her latest shoot with Maxim. Sadly despite her good looks, it hardly drew anyone to see the remake of Conan the Barbarian.

After the jump, FOX made a few mistakes, horrible movie alternate endings, Joseph Gordon-Levitt rocks out to Nirvana, a neat short based on the popular video game Portal and a new music video from singer/songwriter Marie Digby. END_OF_DOCUMENT_TOKEN_TO_BE_REPLACED

The World Series is in the books and the San Francisco are the unlikely world champions despite the better, though almost non-existent, efforts of the Texas Rangers. After the last drop of champagne was sprayed in the Giants’ clubhouse and Tim Lincecum smoked the first of many joints on the night, I thought it would be a good idea to look back on the series through the magic of TV screencaptures. So here’s a look at the best images captured from the TV coverage of the fall classic. END_OF_DOCUMENT_TOKEN_TO_BE_REPLACED

I’m sure everyone is exhausted from the endless shopping, so it’s time to just sit down, relax and check out this week’s Entertainment Link-Off. After a Twilight heavy link-off, let’s shift the focus to other stuff. This ELO features Anna Kendrick. She’ll be co-starring with George Clooney in the film Up in the Air. The critically acclaimed film directed by Jason Reitman is set to hit theatres next week. Hurray! We can simply forget that she was in that vampire movie that just came out.

After the jump, a few featurettes on Avatar, FOX announces its midseason schedule, some fun Star Wars stuff and more Lego awesomeness. END_OF_DOCUMENT_TOKEN_TO_BE_REPLACED

After the jump, Brett Ratner is a jack-ass, FOX has turned into the Seth MacFarlane Network and we take a look back at the loss of another great show. END_OF_DOCUMENT_TOKEN_TO_BE_REPLACED 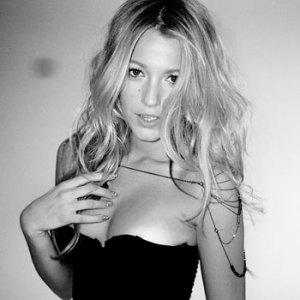 When in doubt, Blake Lively is the smart way to go.

So what have we learned about Andre Agassi before reading his book. Well, he took crystal meth and now we know that he was a hustler. (FanIQ)

Want to be on the FOX NFL Pregame show? Then you should review this secret internal memo so you know what you’d be in for. (Sports Pickle)

Hockey is full of weird superstitions. I didn’t know that the order of the team as they walked out of the dressing room was one of them. (Globe and Mail)

After the jump, loads of hockey links, a new way to learn how to drive, and a new way to drive in the snow. END_OF_DOCUMENT_TOKEN_TO_BE_REPLACED

I’m not encouraging that anyone shoots today’s subjects of my ranting. They’re all doing a fine job of that themselves. There are quite a few folks that are either committing career suicide or opening their mouth and inserting their foot. A couple manage to pull off both. That’s the price of fame, I suppose. When you’re in the public eye, anything you say or do will be overanalyzed and overexaggerated to death. Somebody can say something completely innocent but it can be spun into a career destroyer. Not that many people on this list need that much effort. I’ll admit that as a member of the media, there are times when I’m willing to edit something to fit what I want. I once edited a guy on the radio show to make it sound like he was talking about porn. Again, not that any of today’s subjects needed to help. Although the first guy up on the radar claimed he was the victim of judicious editing. Us media guys are such bastards. END_OF_DOCUMENT_TOKEN_TO_BE_REPLACED

“Don’t stop believing!” I got that song stuck in my head and it’s on full rotation ever since I watched the extended trailer for the new FOX show “Glee” (the sneak preview airs tomorrow night after American Idol). This is one of the new shows on the FOX 2009/2010 schedule. So does FOX’s schedule look any good? Find out after the jump. END_OF_DOCUMENT_TOKEN_TO_BE_REPLACED