Since I think we all need a little time to recover from the bullshit and the politics  of the last 18 months, let’s give you something else to take your mind off of life. I post a lot about great wrestling podcasts but a lot of them are built around the basis that you’re already a fan. What if you’re a new fan or want to become a fan? That’s where How2Wrestling comes in. Hosted by Kefin Mahon, host of The Attitude Era Podcast, and Jo Graham, Kefin’s girlfriend and new wrestling fan, How2Wrestling teaches you how to get into wrestling, how to understand wresting and how to enjoy wrestling.

So to give you something fun to listen to and to take your mind off the fate of the world, let’s listen to five of the best and my favourite episodes of How2Wrestling.

END_OF_DOCUMENT_TOKEN_TO_BE_REPLACED

The long international nightmare is finally over (unlikely at 11:40 PM EST). The US Presidential Election wrapped up last night / this morning (probably) and there is an elected 45th President of the United States. I’m writing this likely needing to move from Canada to Tierra Del Fuego or South Africa or New Zealand or somewhere that isn’t greatly impacted by US politics. So I think we all need a laugh today.

To help us get over the last year-and-a-half of pain and suffering of a Presidential campaign and the next four years of a Presidential term that will cause the same, I think we should call on our old friends at Old School Wrestling Review. The lads are in the middle of a WCW series about the early Hogan vs. the Dungeon of Doom days so let’s look at their best WCW reviews.

END_OF_DOCUMENT_TOKEN_TO_BE_REPLACED

Last Tuesday’s inaugural edition of SmackDown Live featured the second WWE brand extension draft. Unlike 2002, which had the WWF stars and writers that carried it through the Attitude Era and a multitude of WCW and ECW alumni, the current incarnation of WWE is headed up by a select few wrestlers who are allowed to be stars and writers that have led WWE to viewership declining to record lows.

As part of the TV deal that WWE has with the USA Network / NBC Universal, the USA Network requested that changes be made to SmackDown to shore up its ratings. The call was made to go live on Tuesday nights (when WWE tapes the show) and break up the WWE roster into two separate crews in order to give people a reason to watch SmackDown in addition to Raw.

The problem is that the draft didn’t really do anything to make SmackDown important and worthy of appointment viewing.

END_OF_DOCUMENT_TOKEN_TO_BE_REPLACED

Happy WrestleMania Sunday! I don’t know about the rest of you but I’m actually not particularly excited for this year’s show. It’s probably for the best that my crew and I couldn’t all get time off from work to go to this show (with the exception of missing NXT, Evolve and Monday’s Raw which would have been awesome to see live). The WWE’s done the best they could but there are some seriously barely tossed together matches on the show.

Anyway, it’s Sunday which means that you’re here for the links. In keeping with that WrestleMania theme, let’s kick off with Becky Lynch who is one-third of the Women’s Championship match tonight.

One reporter dove into the heart of Trump supporters during the New Hampshire Primary to try to understand how he’s garnered so much support. (New Republic)

You can’t rig a ballot box but one man has been paid to hack the campaigns in many Latin American countries. You almost wonder when digital data analysis in North American elections will give way to this. (Bloomberg)

I think we’ve gone over this before but the Ghomeshi trial was supposed to change things for sexual assault victims in Canada. That probably won’t happen. (MacLean’s)

END_OF_DOCUMENT_TOKEN_TO_BE_REPLACED

This weekend, the WWE will present the 32nd edition of WrestleMania in Dallas, Texas, in front of what they will likely claim is a crowd of over 100,000 people. While the focus will be on the action in the ring, injuries have forced change after change to the card and we’re left with a card and build that makes me kind of glad I couldn’t make it to Dallas for the show of shows. At the very least, we know the WWE will do their usual superb job of last minute salesmanship with epic promo videos to hype the matches.

So to celebrate WrestleMania, we have a collection of some of the best WrestleMania promo hype videos that the WWE has produced.

END_OF_DOCUMENT_TOKEN_TO_BE_REPLACED

The lads over at OSW Review aren’t just about reviewing classic wrestling pay-per-views and events. If fact, they talk about a lot more than wrestling. Jay, V1 and OOC often veer into the world of movies with feature-length reviews done in the same style as their famous wrestling reviews.

For today’s look at the best of the interweb, we look at five of the best movie reviews by the gang at OSW Review.

END_OF_DOCUMENT_TOKEN_TO_BE_REPLACED

It’s been an interesting week for me though I’m sorry that I let the blogging get a little lax as a result. I had a work trip that didn’t leave me any free time for most of last week and I came back to a bad cold/flu. I’ve spent most of the weekend either sleeping or laid up. It’s not exactly what one would call a fun time but I’m here with the weekend links so that’s got to count for something.

Anyway, it’s Sunday so you’re here for the links. Let’s kick things off with one of three SI Swimsuit cover girls, Ronda Rousey.

The opposition is trying to do their job and stop Canadians’ honeymoon with Prime Minister Trudeau and the governing Liberal Party. That’s only resulted in a recent poll giving Liberals 49% of potential votes in a hypothetical election which would result in them winning 70% of seats. (Toronto Star)

I live on the border of the US. Before the bottom fell out of the dollar, a lot of people crossed the border to shop for damn near everything, exchange and duties be damned. That’s because competition among American business still made things cheaper over there. That same competitive spirit doesn’t exist as strongly among businesses. (CBC)

If you were to ask me if I would pack up The Lowdown and et geekera if BuzzFeed Canada offered me a full-time job analyzing video games, I would strongly consider it. They wouldn’t do that because I’m a white man and they aren’t interested in white men. (Mediaite)

END_OF_DOCUMENT_TOKEN_TO_BE_REPLACED 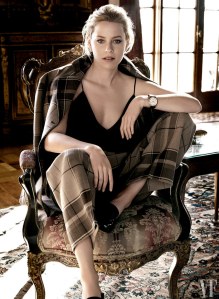 Spoiler alert: I don’t have any Super Bowl links in today’s post. I doubt that surprises anyone since all the talk about the Super Bowl has been Cam Newton’s pants and whether Peyton Manning will retire which is interesting because I thought he retired before the season the way he played early on. Also, I’m still bitter the Lions had another legend retire on them in his prime. That’s so Lions.

Anyway, it’s Sunday which means that we’re here to do the links. Just for different, let’s kick off with Elizabeth Banks.

While work begins on the methane leak in southern California, it could be the least of the world’s problems when it comes to leaking methane. (FiveThirtyEight)

Jeb! 2016 is crashing its way into New Hampshire. It’s not pretty. (Vanity Fair)

END_OF_DOCUMENT_TOKEN_TO_BE_REPLACED 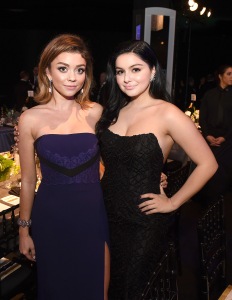 It’s a very et geekera week around here on the blog this week. Yesterday was the Fine Bros React World story and tomorrow will be the follow-up. The story is on etg today in case you wanted to click over there. Friday, I’ll have a game review up on the blog. Not sure which review will be up since there are three on etg that haven’t been posted here yet but I’m thinking the most recent of the three is going up this week.

Anyway, it’s Wednesday which means you aren’t here for me to do a planning meeting. You’re here for the links. Let’s kick things off with the Modern Family duo of Sarah Hyland and Ariel Winter.

Bernie Sanders made history on Monday night by becoming the first non-Christian to win a delegate in a Presidential primary. Not too bad but maybe he can do just a little better. (Mic)

In near records, Bernie’s near-draw with Hilary came off the back of the 18-29 vote which he won by 70%. (Washington Post)

END_OF_DOCUMENT_TOKEN_TO_BE_REPLACED

Wrestling fans will notice that the title is the theme of tonight’s Royal Rumble. I’m hoping that All wins tonight but I’m not going to put money on that given how the Fed has booked the last 20 months. By the time ‘Mania rolls around, the Fed will have given Reigns a non-stop 22-month push for one Wrestemania moment. And you wonder why Raw’s ratings have tanked over the last few years.

Anyway, it’s Sunday which means it’s time for us to do the links. Let’s kick things off with WWE Divas Champion Charlotte.

A number of prominent Conservatives have taken to the pages of the National Review to explain why Donald Trump would be disastrous for the GOP. (National Review)

Dr. Mona Hanna-Attisha talks about her fight to expose the problems with Flint’s water. (CNN)

It may not be Flint in the midst of a water crisis. There might be a whole host of major American cities that will soon have the same problems made public. (Gizmodo)