Since the introduction of the fantasy draft format in the NHL All-Star Game, we’ve been having fun with the format by drafting our own teams. Let’s cap off our coverage with a statistical analysis of who would have won if our two teams had actually faced off. Our readers were pretty split as to whether Jackie or Steve had selected the superior group of All-Stars. But let’s dissect the teams with some fancy maths to find out whose team was most likely to win the big game.

Let’s take a look at the two rosters and their stats from the real NHL All-Star Game.

END_OF_DOCUMENT_TOKEN_TO_BE_REPLACED

So how did our mock draft play out? Our draft results after the jump.

END_OF_DOCUMENT_TOKEN_TO_BE_REPLACED

It’s been an interesting week in the world of news. A 100-year-old news publication was gutted by someone who thought they knew better. Racism is almost as hot button an issue as it has ever been. Rolling Stone’s rape story fell apart just as the hockey press has seen a bunch of sexual harassment stories come to light. There’s no shortage of stories to read this week.

Hands up is quickly becoming something more than a sign of surrender. It’s a plea for justice and quality. (The Baffler)

While systemic racism in law enforcement is tearing America apart right now, an entire half of the political spectrum is fanning those flames by blaming the victims. (The Guardian)

END_OF_DOCUMENT_TOKEN_TO_BE_REPLACED

It’s not often that I run a bunch of sports links in one of my linkdumps but it’s not often that a new NHL season starts. It only comes around once per year and it gets pretty close to a national festival in Canada. Basically, it’s the Canadian equivalent to the start of the NFL or EPL seasons.

So let’s start this post off with a good Canadian girl. Here’s Nina Dobrev.

The story of the 2014 NHL offseason was the analytics boom. While fancy stats are common place in baseball and pretty common in basketball and soccer, hockey lagged behind those sports until now. (MacLean’s) I told my Leafs loving associates about things like Corsi, Fenwick and PDO last year and they ignored me right until the point where the Leafs crashed out of playoff contention and realized I explained what would happen all along.

The NHL’s move to Sportsnet has seen many changes. The biggest change is in the host’s chair which see Strombo replace Ron MacLean whose contentious relationship with NHL Commissioner Gary Bettman has seen him pushed aside. (The Globe and Mail)

For all the talk that fighting needs to be legislated out of hockey, it appears that the three minutes of ice time per game enforcer may be going the way of the dodo. Less than half the teams will open with an enforcer on their 23-man rosters. (CBC Sports)

END_OF_DOCUMENT_TOKEN_TO_BE_REPLACED

Love him or hate him, the biggest name in the Canadian hockey media is none other than Donald S. Cherry. Grapes has been a mainstay on Hockey Night in Canada for over 30 years, both in the broadcast booth and in his famous Coach’s Corner segment.

Since Grapes just celebrated 80th birthday on Wednesday (in Russia, no less), I thought it was only fitting to pay tribute to him for his most infamous of features – his wardrobe.

END_OF_DOCUMENT_TOKEN_TO_BE_REPLACED

And here we are for a set of the links and the first set of links of 2014. Well, okay. We had Wednesday’s year-in-review but does that really count? Anyhow, it’s time for the Sunday links. Let’s start a new year off with a new face. Here’s Brazilian model Luana Mourato.

A recent poll says that most Canadians aren’t happy with the direction of the country. The next election is shaping up to be very interesting. (The Globe and Mail)

Speaking of the political right, 2013 was a big year for shaming women. That’s something that should change. (Al Jazeera America)

END_OF_DOCUMENT_TOKEN_TO_BE_REPLACED

It’s time once again for the annual Lowdown Blog Fantasy Hockey Pool. As per usual, we’ve created our fantasy hockey league over on the TSN/ESPN fantasy website. It’s a public pool so anyone can join. If we run out of space in the pool, we’ll create extra pools to get readers a pool for the year. And we’ll be doing the head-to-head writer challenge again this year where we laugh at how bad I am at fantasy hockey where PIM is a stat.

It’s a head-to-head league with the winner of each match-up based on winning the most of the nine categories (G, A, +/-, PIM, SOG, STP [Special Teams Points], Wins, GAA, SV%) in play kinda like the old Yahoo pools we all used to play. Each team has 20 roster spots with nine forwards, four defensemen and two goalies starting each night.

The autopick draft takes place at 5:00 AM on Monday, September 30, so sign up now and set your picks.

Click here to go to the LowdownBlog.com Fantasy Hockey Pool. 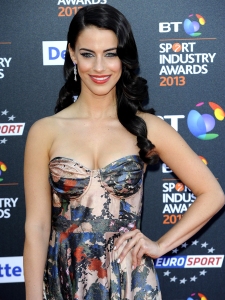 It’s the middle of the week which means it’s time for the links. It also means I’m going to pay a visit to my local comic book establishment today. Every week, we have the new release list over on et geekera if you’re looking to buy some comics. Anyway, let’s start with Canadian actress Jessica Lowndes.

If you weren’t paying attention to the NRA convention, you missed some weird things. (The Guardian)

It’s only fitting to jump from one area of the Republican bubble to another. A NASA-headed study shows that weather patterns are getting more extreme as a result of climate change. That would explain the ridiculous amounts of snow I got this winter. (LA Times)

END_OF_DOCUMENT_TOKEN_TO_BE_REPLACED

Every year, I like to play the unique role of outside insider / prognosticator / comedian with my annual ridiculous predictions series of posts. This time out, I’m making my ridiculous predictions for the NHL Trade Deadline. After all, when experts and reporters talk about deals at the trade deadline, they always think that teams will make deals that make sense for all involved. In reality, the NHL doesn’t work that way. Players have no-trade clauses in their contracts and some GMs have no sense whatsoever. So let’s take a fun look at this year’s NHL trade deadline.