I’m not encouraging that anyone shoots today’s subjects of my ranting. They’re all doing a fine job of that themselves. There are quite a few folks that are either committing career suicide or opening their mouth and inserting their foot. A couple manage to pull off both. That’s the price of fame, I suppose. When you’re in the public eye, anything you say or do will be overanalyzed and overexaggerated to death. Somebody can say something completely innocent but it can be spun into a career destroyer. Not that many people on this list need that much effort. I’ll admit that as a member of the media, there are times when I’m willing to edit something to fit what I want. I once edited a guy on the radio show to make it sound like he was talking about porn. Again, not that any of today’s subjects needed to help. Although the first guy up on the radar claimed he was the victim of judicious editing. Us media guys are such bastards.

The F1 Supremo has this uncanny knack for pissing people off. Most recently, Bernard was quoted saying that Hitler got things done. He did say that he thought Hitler was a bad dictator because he “got lost.” He went on to support Saddam Hussein and the Taliban and suggested that the world made a mistake by forcing them out of power. He thinks democracy is overrated. He thinks that Formula One could use a “black, Jewish woman who, if possible, wins some races.” Needless to say that Bernie’s comments haven’t gone over that well with anyone. I could be wrong but I think that the 78-year-old Bernie has crossed that line from general quirkiness to old-age senility. Then again, he could have mistaken The Times’ interviewer for his old buddy Max Mosley. For those that don’t recall, Mosley’s father was the head of the British FascistParty and Max was caught in a Nazi themed orgy with prostitutes last year. No wonder how Bernie is still running F1. He and Max have so much in common.

I’m sure we’ve all heard enough from the Sean Hannity’s of the world about how she was forced out of office because she was being persecuted for ethics violations. But have you heard that she’s suing blogs that suggest that’s the reason for her resignation? For the record, I heard Hannity himself mention an ethics investigation against Palin where 12 of 15 charges were dismissed and her legal fees ranged in the $1 million range on the July 7th show. She says, in between incomprehensible basketball analogies, that she’ll be campaigning for the Republican party across America. We all figure that she’s gearing up for a run at the presidency in 2012. She should just do the world a favour and admit it. She told “Nicolas Sarcozy” that she was planning on running for President in 2016 so why wouldn’t she move the timetable up 4 years. But after how well the 2008 campaign went, all she’s doing is giving the comedy writer more time to be nailing their Palin jokes. Now that I’ve hopefully danced around getting sued, let’s move on. 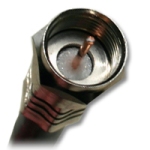 The Canadian broadcasting regulatory board (CRTC) has decided that more funding has to go to Canadian networks to help pay for local coverage. Networks don’t get license fees from cable providers like cable channels do so the networks’ main source of revenue is advertising. Now the CRTC says that the cable companies have to pay carrying fees to Global and CBC. The cable companies aren’t taking this lying down. Instead, they’re going to pass it on to us to the tune of an estimated $100 per year. It’s a failure all around. The CRTC should have mandated local coverage rather than let the broadcasters threaten to cut it. The cable companies should know that local coverage is the only advantage over the satellite companies so they should be desperate to help the networks. Finally, the networks should are failures as corporations. In additions to being poor corporate citizens by threatening to cut local coverage and then crying poverty. If you ran your businesses efficiently, none of them would be crying poverty.

That last topic brings me to the wasteland that is American network television. Harper’s Island ends its run on CBS on Saturday night. It started after CSI on Thursdays but was moved because it didn’t have high enough ratings. Granted, it wasn’t CBS good but NBC, FOX, CW would kill for those numbers. Anyway, watching the finale on Global last night, I realized that U.S. TV isn’t all that good. CBS spits out generic CSI clones that cover most of its schedule but draws good ratings. ABC is a potpourri of randominity but place a strong emphasis on reality TV. NBC is hopeless. Okay, it’s the Jay Leno network but other than that, it doesn’t have an identity. The CW tries to ride the coattails of dead series and is looking for teenage girls to tune in. FOX appears to be the last bastion of quality programming. Sure, House is their only really high quality program but they have quite a few good shows like Fringe, 24, Family Guy, The Simpsons, and soon Glee. What does that say about the sad state of American television when I think FOX is the best network on TV but it comes 4th in ratings.

Thanks to an 80 million cheque, they’ll be singing “Viva Ronaldo” loud and proud at Estadio Santiago Bernabéu. Though spirits may be dampened when Real Madrid supporters have to pay through the nostrils to watch him. After paying the transfer fee, they still have to pay them. I get the feeling two things will come from the transfer. First, Ronaldo will become your typical primadonna superstar athlete who will coast for a while. He has a fresh new contract. He doesn’t need to put in any effort anytime soon. He really didn’t make a big impact until his final two years at United so he’s proven that you only need a year or two of real effort to make money. Second, their stadium will begin to resemble the Air Canada Centre. Don’t let the 80,000 people at his introduction fool you. The real supporters will be forced up to the nosebleeds where they shall never be heard from again because of the huge ticket prices so Real can pay for Ronaldo. That means, like the ACC, the good seats will be filled with the folks in suits who buy them on the corporate dollar and couldn’t care less. The way I see it, Ronaldo will bring nothing but bad things to Spain.

Speaking of international superstar athletes making bad career decisions, I’m sure you’ve heard by now that James was posterized by a college sophomore. A lot was made of Nike confiscating the video of The King getting dunked on but it’s recently come to light that James himself demanded that Nike confiscate the video. Here’s James, the unquestioned superstar of the NBA, and I’m guessing that he’s worried that people will see him as a lesser star being dunked on by a college kid. The thing is that he’s the MVP. He’s the future of the NBA. An imposing physical monster who looks like a power forward but moves like a point guard. One kid dunking on him won’t hurt him or his marketability. Then again, I would think that it won’t look good on Nike or LeBron if the video remains hidden from public viewing. As a matter of fact, I think everyone will come out looking better if the video is released. The kid will benefit from the exposure. LeBron will look like his ego isn’t so massive that he can’t be seen to be vulnerable. And Nike looks good for just releasing the video. Come on folks, make it happen.

After a one year hiatus, the Indy Cars will fire their engines in Toronto for the first time. No, I don’t count as part of the CART/Champ Car years. The IRL broke off and destroyed open wheel racing, not CART. Anyway, the ICS crapwagons are going to make for a disappointing race compared to what Champ Car used to put on. I’m pretty sure I’ve mentioned before that ICS races have degenerated into parades because the cars are too aero-sensitive. Also, they’re underpowered and have more downforce than the Indy Car days of old so it doesn’t take much to drive them. Don’t expect an interesting race on Sunday. But you never know, there might be some passing. Toronto isn’t a bad race track. Just don’t expect the cars to run as fast as the Champ Car boys used to. The ICS needs to take the last generation of Champ Car racecar (the Panoz DP01) and use it as the basis for a new car. The more manufacturers, the better. Then they need more powerful engines, preferably using turbo engines, and multiple engine manufacturers. And I may not be a fan of her’s but the ICS is dead without Danica. Not only does she sell SI swimsuit issues, she sells tickets.

Everyone’s favourite European head of state has done it again. He’s currently in the middle of a nasty split with his wife so he has no one to go to the G8 summit with. So Silvio, being the legendary ladies man that he is, is bringing a former topless model along as his escort. Actually, she’s Italy’s Equal Opportunities Minister which shows that Silvio can get anyone into politics including a former glamour model and Miss Italy. Just for kicks, he’s bringing along the education minister who’s supposed be pretty good looking herself. Of course, Silvio’s choices haven’t gone over too well with some of the other women in his cabinet. His youth minister and education minister are both upset that they were left off the team. Whether they wanted to be a part of the G8 summit or feel otherwise snubbed by Silvio, we don’t know. All we know is that he is going to be the centre of attention at the summit. Or at least his escort will.

Mixed martial arts was a sport once branded human cockfighting by John McCain. Now, it’s flagship promotion turns 100. Kinda. The UFC will hold it’s 100th pay-per-view event on Saturday night. They’ve come a long way since UFC1 in 1993. The first event had 2,800 (of about 17,000+ capacity) in attendance with 86,000 more PPV buys. Tomorrow’s mega card will come from a sold-out arena in Vegas (12,000+ capacity) with over 1,000,000 PPV buys a reasonable expectation. What amazes me is that some states and Canadian provinces still see MMA as human cockfighting. If the politicians would examine the major MMA promotions and use their rules as a basis for regulation, then they wouldn’t have to worry about deaths or major injuries. In fact, they would likely eliminate unregulated fighting because who in their right mind would fight in a deserted warehouse when you could fight in an arena or boxing club where you have proper facilities. As for the politicians, have they seen how many people show up for UFC events? Montreal can tell you how big those events are for their economy.

One thought on “The Humanoids: Shot In The Foot”