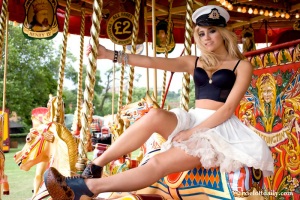 Now we return to your regular scheduled programming. That’s right, after a week off, I’m back with the latest Entertainment Link-Off. Steve did an awesome job with the ELO last week and it looks like he didn’t scare you guys away. This week features the songstress Pixie Lott. She’s already a massive hit over in Europe. Now when will she make a stop here in Canada?

After the jump Kick-Ass actually kicks ass, a few movie lists to check out, November Sweeps and a look at how Transformers 2 should have ended. END_OF_DOCUMENT_TOKEN_TO_BE_REPLACED

Season three of The Lowdown rolled on with the annual NHL preview. On tonight’s show, Steve and Jackie give campus radio’s most thorough preview of the 2009-2010 NHL season. They start with a fantasy preview by picking the best players at each position and some sleepers to put you over the top. In the news, the guys talk about women’s habits including gossiping and hunting. In entertainment, there’s Jackie’s new single, It Came From YouTube, and a discussion of The CW’s poor ratings. After the break, the guys go back to the rink to pick each division winner, both conference champions, and the Stanley Cup Champion.

On Lowdown Extra, the guys have even more fantasy hockey insight for you. They also do an in-depth breakdown of the Toronto Maple Leafs and Detroit Red Wings. There are two more stories in the news, another entertainment story, and a disagreement over the Worst in Music. There’s a more in-depth look at division winners, including a look at if the President’s Trophy is a real trophy worth winning. They cap off the show by predicting the year-end award winners and add in a few more questions to their game of Over/Under. It’s the biggest Lowdown Extra ever at 1 hour and 9 minutes. It’s also CHRW’s longest ever podcast by three minutes over the three-year-old record set by Steve with Jackie making his first CHRW appearance as an interview guest. All the action comes to uncut and uncensored.

The second episode of The Lowdown on 94.9FM CHRW hits the airwaves tomorrow night. The show is all about the 2009-2010 NHL season. Two nights after the show airs, the season kicks off so Steve and Jackie dedicate the majority of the show to previewing the season. They break down the best fantasy players in each division and the sleeper fantasy players. They also predict each division winner and the Stanley Cup champion. Jackie also previews a single that hit #1 in the UK while Steve introduces the It Came From YouTube segment on the radio show.

The show goes live at around 6:30 PM Eastern. If you’re in the London, ON, listening area, you can listen live on 94.9 FM. You can also listen online at CHRWradio.com/listen.

After a week hiatus, I’m back! Hopefully Steve’s Entertainment Link-Off wasn’t too painful to read. This week, let’s shift the focus back onto entertainment related topics only. Yesterday marked the return of Dollhouse on FOX. After seeing Epitaph One, I was totally pumped for the season premiere. I wasn’t expecting the show to return due to its anemic ratings, but sometimes TV miracles can happen (hurray for budget cuts). If you aren’t watching the show… what’s wrong with you? Dichen Lachman and Eliza Duskhu (pictured) should be good enough reasons to tune in.

After the jump there’s some comic book movies stuff, CW’s neverending cycle of suckage and get your Glee on with ‘Single Ladies’. END_OF_DOCUMENT_TOKEN_TO_BE_REPLACED 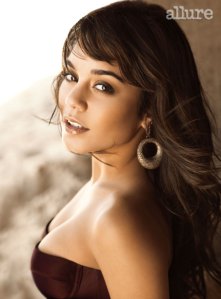 Jackie’s off today so I have to fill in. To keep things seeming like the usual on Saturdays, here’s Vanessa Hudgens. Definitely not the most revealing photos of her out there.

EA Sports’ latest iteration of the NHL series came out on Tuesday (with Patrick “20 Cent” Kane on the cover). We haven’t been sent a copy of the game to review so we’ll have to trust this in-depth review for details. (Down Goes Brown)

I’m not on Facebook and I don’t understand it. I do understand the hilarious awkwardness of these folks clicking the like button. (College Humor)

The gang from the legendary blog Fire Joe Morgan took over Deadspin for the day. It was a good day for readers unless you were a scrappy baseball player. (Deadspin)

After the jump, IndyCar news & notes, are actors or athletes more overpaid, and what if the CW ruined another show. END_OF_DOCUMENT_TOKEN_TO_BE_REPLACED 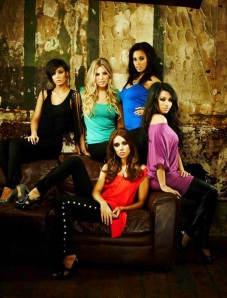 The hottest UK girl group The Saturdays are in the middle of their first series of headline concerts “The Work Tour” right now. The tour also features newcomer supporting act Pixie Lott. Now that sounds like an amazing pop music experience! The physical release of The Saturdays’ latest single “Work” has finally hit the store shelves on Monday. The single has peaked at #30 on downloads alone. Can the girls finally get their first UK #1 hit?

The song is a fun track to listen to. If you missed it, you can see their hot music video here!

After the jump CW’s downward spiral continues, some movie news and Leighton Meester’s latest video (sorry guys, I’m -not- talking about this).

END_OF_DOCUMENT_TOKEN_TO_BE_REPLACED

Tomorrow marks the 13th season premiere of Top Gear. Now I would go on and on about how great this show is, but I’m sure Steve does a fantastic job with that already. To tie you over to the premiere, I’ll get The Mole to get you pumped up for the big episode. (Top Gear)

You might think I would keep with the TG theme by having the picture of The Stig here, but I chose to go with something else that’s big over in the UK right now. Headlining this article is the hot new UK strings quartet Escala. Their debut album hits stores this Tuesday in North America, but should you head out to the music stores to grab a copy? More on that later.

After the jump more robots in disguise, some TV tidbits and a Gossip Girl gone wild. END_OF_DOCUMENT_TOKEN_TO_BE_REPLACED

Sorry, I forgot to warn you guys that the Entertainment Link-Off was cancelled last week due to volunteer commitments. Yes, I do volunteer work. Steve likes to say that I’m a great humanitarian. Anyway, Entertainment Link-Off is back this week in full force. Headlining this article is Jenny Wade. You may recognize her as Honey Pie from the “Feast” movies or as the demon with a heart Nina on “Reaper”. She is also part of the cast of the only awesome CW pilot, “Body Politic”. I had lots of trouble finding pictures of her since she’s isn’t exactly well known around the net. You guys should definitely tune into “Reaper” if you want to check out how hot she is. This picture does not do any justice.

After the jump, more on the defunct CW, movie updates, the possible revival of Firefly and the preview for Body Politic (in case you missed it).

END_OF_DOCUMENT_TOKEN_TO_BE_REPLACED

Turns out, the rumoured schedule is true! While I do want to see the CW pick itself back up and bring back the glory days of the WB, I know that it will not happen, especially under the reigns of the current exec team. With a combination of rehashing old material, extending shows beyond their natural end, picking up bad pilots and poor scheduling, the CW continues to shoot itself in the foot. Oh Dawn… you’re really running the network to the ground. As the famous Les Grossman once said “A nutless monkey can do your job!”

END_OF_DOCUMENT_TOKEN_TO_BE_REPLACED

While the official announcement will come tomorrow, the rumoured schedule is presented after jump. Looks like my prediction is sorta off eh? If this is any indication of what the network is airing next well, let’s just say the CW is definitely going down the crapper. END_OF_DOCUMENT_TOKEN_TO_BE_REPLACED