I really need to read more into Canadian election financing. With all of the Super PACs in America that sound like they give carte blanche to donors and money in politics, I wonder how Canada has avoided being controlled by political interests. Maybe our politicians are and we just don’t know it. It’s funny how such a massive story in American politics gets no equivalent local interest here.

Anyway, it’s Sunday so it’s time for us to do the links. Since there is a lot of politics in this post, here is the politically active Katy Perry.

Ted Cruz is making a charge for the Republican Presidential nomination based on nothing that makes sense. He’s lied about how he financed his Senate campaign and his positions are in contradiction to his history. (Washington Post)

President Obama has declared a national emergency in Flint over the water crisis while Michael Moore asks the President to visit the city when he goes to Detroit this week. (New York Times)

Contrary to what the GOP thought, the Iran nuclear deal seems to have worked. They’re officially deemed compliant with the agreement and have had sanctions lifted so they can re-enter the economy. (Washington Post)

END_OF_DOCUMENT_TOKEN_TO_BE_REPLACED 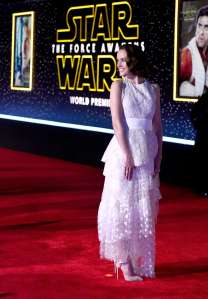 I’m not sure whether I should start this post by saying after a ten-year wait or a thirty-two-year wait. It’s been ten years since the prequel trilogy ended but we’re 32 years past the conclusion of the original trilogy that The Force Awakens picks up from. I’ve basically sequestered myself from all things Star Wars since the trailer in October so I’m going in nearly blind. As I mentioned earlier this week, we’re planning a movie review podcast at some point soon to talk Star Wars.

There are no Star Wars links in today’s set of links. However, that doesn’t mean that we can’t start with Daisy Ridley who stars in the new movie.

A former Romney staffer got into a Donald Trump focus group and found his party completely broken. (The Daily Beast)

Ted Cruz is vaulting up the Republican primary polls but is he any better than either Trump or Carson? (Rolling Stone)

For the next few weeks, the battle will be between Trump and Cruz. I’m still hoping that Rubio surges up the polls. He seems like one of the more sensible candidates now that Christie skewed hard right to make up for getting along with Obama post Hurricane Sandy. (Vox)

END_OF_DOCUMENT_TOKEN_TO_BE_REPLACED

At what point does the laughing stop and the worrying begin? The world has had a laugh at a reality TV star running for President but his rhetoric has gone from generally false to quite possibly dangerous. At what point do people wonder if he can actually lead America and the world or if he’s just spouting policy rather than a plan?

Anyway, it’s time for us to do the links. Let’s get started with Nina Dobrev.

After Donald Trump announced his plans to ban Muslims from entering America, Arianna Huffington changed her publication’s stance on Trump coverage. Instead of treating him as a sideshow, the full might of the politics team would be devoted to unbiased coverage of the Republican frontrunner. The truth won’t set the GOP free, though. (Huffington Post)

For all the fear-mongering that Trump does when it comes to Muslims, he sure likes to do business with them. (Washington Post)

Also convenient omitted from stories following the San Bernardino shooting is that Saudi Arabia has once again managed to not be mentioned in the narrative about terrorism. (CBC News)

END_OF_DOCUMENT_TOKEN_TO_BE_REPLACED

Another week, another mass shooting in America. By some analysis, there have been as many mass shootings in the US so far this year as there have been days this year. Sure, America loves their guns but at a certain point, they have to admit that they may have a problem that can’t be solved by just throwing more guns at it.

Anyway, it’s time for us to do the links. Let’s kick off this post with Salma Hayek who I wasn’t able to see at TIFF. That reminds me that I still owe you guys some film festival reviews.

The last known photos of Cpl. Nathan Cirillo were taken by a French tourist who also found himself making eye contact with the shooter. (Ottawa Citizen)

There was another mass shooting in America this week. Mass shootings illustrate many problems, including what’s wrong with news reporters in America. (The Concourse)

And that mass shooting also gave us another chance to see what’s wrong with America’s gun culture. (Vox)

END_OF_DOCUMENT_TOKEN_TO_BE_REPLACED

Sometime, it’s easy to come up with a theme for a post. Other time, you find two links that are vaguely related to some common theme so you can toss that in as a theme. So we have a link about botches in wrestling and another about CZW. Well, that’s just tailor-made for Botchamania.

Anyway, it’s time for us to do the links. Let’s change things up and kick off with Zooey Deschanel. At least her show survived to next season not many people seem to stick around Fox for long.

Toronto FC fans shouted sexually vulgar remarks at a City News reporter on Sunday. Writing this intro to the link made me realize how easy it is to say something like that and generalize a whole group of people who don’t deserve it. These people don’t represent TFC or its fans but we almost make it sound that way when generalizing the story like this. (Toronto Sun)

One of the men that heckled the reporter was fired from his day job. I’d imagine he’ll have some wrongful dismissal action on the way. (CBC News)

If you’re a minimum-wage worker in the US and want to get above the poverty line, you only need to work 50 hours a week to get there. And where is a worker supposed to find time for a family. (Wall Street Journal)

END_OF_DOCUMENT_TOKEN_TO_BE_REPLACED 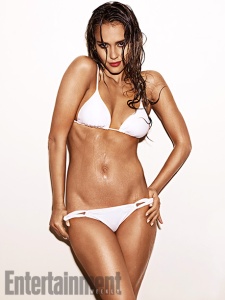 Last weekend was a Victoria Day set of links. Today, it’s a Memorial Day set of links. If you’re a Tea Partier, you’re probably not reading a Canadian blog so you won’t care that today’s links are a reality check.

But since this is an American holiday, let’s start with the one and only Jessica Alba.

India was well on its way to becoming a world power but the election of Narendra Modi could supercharge the country’s growth. (The Economist)

On this Memorial Day, remember that not everyone thinks America is the greatest country in the world. In fact, some people think that life in America is getting worse, not better. (The Nation)

There’s a fallacy that unemployment benefits discourage people from finding jobs and taking them away gets them to search faster. That assertion would be wrong. (Think Progress)

END_OF_DOCUMENT_TOKEN_TO_BE_REPLACED

Okay, I missed the Wednesday set of links because I was busy with all my Xbox One launch coverage and the lack of decent links over the first half of the week. We don’t have that problem today, though. We’ve got a cool collection of links for you today. First, since Hangover 3 is out this weekend, let’s start with Heather Graham.

Rob Ford said on Friday that he doesn’t smoke crack. Well, apparently that won’t be in keeping with his family’s history of drug dealing. (The Globe & Mail)

Prior to Friday’s straight denial, Ford’s office’s position was that the video was faked. The problem is that it would be impossible to fake even with an unlimited budget. (Hazlitt)

We’re still a long ways from another US election but it’s never a bad time to look at some interesting facts about Presidential elections. For example, Democrats weren’t impressed with the continuously changing message of Mitt Romney. He scored an all-time low among Dems in exit polling. (Prez16)

END_OF_DOCUMENT_TOKEN_TO_BE_REPLACED

A woman in Montana has discovered the top secret way to fend off a bear attack: Bash it with a zucchini. The woman was woken by a raucous in her backyard and found her dog fighting with a small black bear. She tried to intervene by screaming at the bear but that just got it to charge at her. So to fend off the bear, she grabbed the first thing in her kitchen that she could get her hands on. That happened to be a 12 inch long zucchini that she picked from her garden earlier in the day. She flung it at the bear, hit it in the head and scared the bear off. Both the woman and her dog were no worse for wear. No word if the bear made off with the vegetable for its evening snack. END_OF_DOCUMENT_TOKEN_TO_BE_REPLACED

A reminder for your Monday: If it’s not worth talking about, then it’s definitely the Not News of the Week.

The first rule of fight club: Don’t talk about fight club. Second rule of fight club: Don’t get caught. Well, I don’t think that rule was in the movie but the University of Manitoba’s fight club should have adopted it. Five students were banned from the U of M’s gym facilities after they were discovered organizing bare knuckle fights in the gym’s squash courts. They were snitched on by a gym member who saw someone with a bloody nose leaving the squash courts. That person informed gym staff who then found a Facebook group setup to promote the fight club. Well, I guess they didn’t quite talk about fight club but they sure didn’t keep it secret. END_OF_DOCUMENT_TOKEN_TO_BE_REPLACED