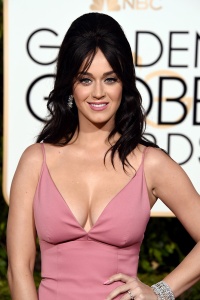 I really need to read more into Canadian election financing. With all of the Super PACs in America that sound like they give carte blanche to donors and money in politics, I wonder how Canada has avoided being controlled by political interests. Maybe our politicians are and we just don’t know it. It’s funny how such a massive story in American politics gets no equivalent local interest here.

Anyway, it’s Sunday so it’s time for us to do the links. Since there is a lot of politics in this post, here is the politically active Katy Perry.

Ted Cruz is making a charge for the Republican Presidential nomination based on nothing that makes sense. He’s lied about how he financed his Senate campaign and his positions are in contradiction to his history. (Washington Post)

President Obama has declared a national emergency in Flint over the water crisis while Michael Moore asks the President to visit the city when he goes to Detroit this week. (New York Times)

Contrary to what the GOP thought, the Iran nuclear deal seems to have worked. They’re officially deemed compliant with the agreement and have had sanctions lifted so they can re-enter the economy. (Washington Post)

Remember the retracted Rolling Stone story about the gang rape at the University of Virginia? Lawyers in one of the defamation suits against Rolling Stone suggest that the rape story started as a woman’s catfishing attempt gone out of control. (Post-Gazette)

While most of the world is willing to change its stance on marijuana, big pharma and big prison are making sure that politicians aren’t too hasty to decriminalize or legalize the stuff. (Represent.us)

As we gear up for the primaries, The Nation endorsed Bernie Sanders for President. (The Nation)

Fox News talking head Bill O’Reilly says that he’ll leave America is Bernie Sanders is elected. I’m pretty sure that’s the biggest endorsement he can get. (Death and Taxes)

The CRTC are asking Canadians about their satisfaction with their internet, phone and cell phone service providers. Go to town, folks. (Mobile Syrup)

I don’t travel by airplane much but for those who do, you may want to check these air travel tips from those inside the industry. (Upvoted)

The NHL has a history of underhanded tricks to undermine fan voting for their All-Star Game. This year, they had the leading vote-getter traded to get him out of the game. (SB Nation)

Some of this post wasn’t too bad but a lot of wrestling writing is best left for specialist/niche writers: It’s 14 regrettable wrestling gimmicks and the stars behind them. (The AV Club)

What The AV Club should have done for #14 is include OSW Review’s career retrospective on Ed Leslie gimmicks. It’s the least they could have done since the sole research for that paragraph was watching OSW Review.