It looks like the easiest way to help the American people cope with fraud lawsuit settlements, conflicts of interest and filling the swamp? Just distract them with things like Broadway casts, alleged voter fraud and going after the First Amendment. When you look past the distractions, that’s were the real scary story lies.

Anyway, it’s Wednesday which means that we’re here to do the links. Let’s kick things off with Nina Dobrev.

Donald Trump questioned the legitimacy of the Presidential election in the run up to it and is now questioning its legitimacy now that he’s won. (Vox)

Of course, accusations of voter fraud could all be distraction from ongoing voter suppression. (Huffington Post)

Today in irony, Donald Trump, who wanted to jail Hilary Clinton over deleted emails, is considering appointing a man who leaked secret government files as his Secretary of State. (Politico)

END_OF_DOCUMENT_TOKEN_TO_BE_REPLACED

So the election is over and life is somewhat moving on as people attempt to mount some sort of resistance to the President-elect. It sounds very Star Wars. Perhaps like Vietnam inspired George Lucas, who, apart from Oliver Stone, will be inspired by this election and presidency.

Anyway, it’s Sunday which means that we’re here to do the links. Let’s kick off with Isla Fisher.

There has been a lot of talk about fake news since the election but for a good reason. More people read fake news on Facebook than real news stories. (Vox)

It might be time to start panicking but fracking is causing earthquakes in Canada. (New York Times)

END_OF_DOCUMENT_TOKEN_TO_BE_REPLACED 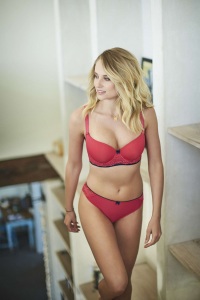 I was listening to the Attitude Era Podcast this week and they randomly used the Twin Peaks theme for background music. I forgot how much I loved that show until then. It’s an amazing show and hopefully the continuation will be as awesome as the original. Of course, it won’t be half as weird as the world is now. The Black Lodge is a bastion of normality compared to the world today. I’d just stay in there if I was Dale Cooper.

Anyway, it’s Wednesday so it’s time for us to do the links. Let’s kick things off with South African model Genevieve Morton.

We keep talking about this and probably will until it’s proven to be a terrible idea. Finland is about to trial personal basic income. (Demos Helsinki)

The Ontario Progressive Conservatives want to kill sex-ed in Ontario. You don’t have to do much digging to find out that comprehensive sex ed leads to lower teen pregnancy and STI rates which is why we need sex ed. (CBC News)

Is the Cold War back? Russia is meddling in US politics and security experts are concerned that their top sleeper agent is the Republican Presidential candidate. (Newsweek)

At least 110 prominent Republicans have publicly stop supporting Donald Trump. Here is what it took for them to abandon ship. (New York Times)

The Presidential debates are upcoming. Trump is being himself when it comes to debate prep. (Daily Intelligencer)

NFL star Richard Sherman believes that the billionaire owners of the teams should pay for new stadia that they profit from rather than burdening the taxpayers. He should get out of the NFL before the concussions ruin great ideas like this. (CBS Sports)

It’s not just EpiPens that have seen massive price increases. Drug company Mylan has been raising prices on damn near everything. (NBC News)

Both US political conventions are done and we’re moving onto the final three months of the campaign and the end can’t come soon enough. Granted, it seems like Trump is trying very hard keep things unintentionally entertaining unless you’re a staunch ABC (anybody but Clinton) voter. In that case, you have to be hope that independents are too busy laughing at you to vote at all.

Anyway, it’s Wednesday which means that it’s time for us to do the links. Let’s kick things off with Margot Robbie since Suicide Squad opens this week. Unfortunately, DC continues to struggle with movies. Perhaps they should stick to TV.

The Philippines is in a state of terror as the police embark on state sanctioned killing of drug suspects. (ABC News)

Why is Donald Trump going easy on Russia and Vladimir Putin? It could be because Trump’s businesses have financial ties to Russia while his advisors have business ties to Russia. (Time)

One of the great investors and business minds of any generation, Warren Buffet, explains how Trump once lost investors 90% over a period when everyone else made 150%. (CNN Money)

END_OF_DOCUMENT_TOKEN_TO_BE_REPLACED 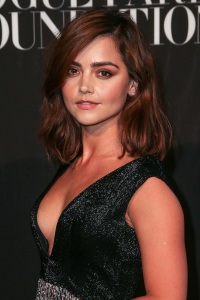 So both conventions are done and now we just have to survive three months until the election. I’m not even in America and I wish they’d just get it over with. I’m already sick of hearing the same nonsensical and unhelpful stuff from literally everyone. My problem with politicians is they say they will do things but never how. The how is where political differences exist. My right-wing friends want to fix the economy by giving more money to businesses to spend. I think that they won’t spend a dime if it doesn’t help him but consumers will spend if you give them more money. See, that’s political philosophy that this campaign is lacking.

Anyway, it’s Sunday so it’s time for us to do the links. Let’s kick off with Jenna Coleman.

Six Michigan state employees have been charged in relation to the Flint water crisis. (USA Today)

A Federal court struck down North Carolina’s voter ID law after finding that it targeted black voters in an apparent attempt to disenfranchise them. (Washington Post)

The Koch Brothers have no idea what Donald Trump is on about when he says that he turned down a meeting with the billionaire political funders. (The Hill)

END_OF_DOCUMENT_TOKEN_TO_BE_REPLACED

The Republican National Convention just wrapped up and it certainly wasn’t without controversy. The Democratic National Convention is about to kick off and I would expect is be equally a gong show. However, since the RNC just happened, I figure that I should focus on that first.

Anyway, it’s Sunday and it’s time for us to do the links. Since we have a big wrestling post coming tomorrow, let’s kick off with newly Raw exclusive wrestler Summer Rae.

Want to know the real Donald Trump? The ghostwriter of The Art Of The Deal explains how he started making the modern Trump. (The New Yorker)

How did Trump pick his running mate? Basically, his options largely eliminated themselves. (New York Times)

A big deal was made about Ted Cruz not endorsing Donald Trump. However, he had a good reason that I couldn’t argue with. (Rolling Stone)

END_OF_DOCUMENT_TOKEN_TO_BE_REPLACED 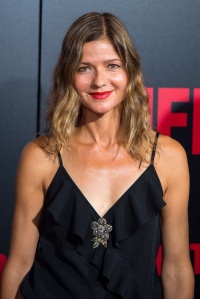 They say that the road to hell is paved with the best intentions. A lot of the stories featured in today’s links are those taking questionable actions with the best of intentions. However, the results are taking society down a slippery slope.

Anyway, it’s Wednesday which mean’s that it’s time for the links. Let’s kick things off with Jill Hennessy.

The FBI used malware as part of a sting operation and have come under fire for using that malware to obtain evidence without a warrant. Their counterargument is that their malware is okay because they were using it for good. (Gizmodo)

The President of the Philippines has successfully gotten citizens to kill drug dealers. Now he wants them to kill drug addicts too. (Asian Correspondent)

Were you imprisoned because of a police roadside drug test? Chances are that it could have been a false positive. (Pro Publica)

END_OF_DOCUMENT_TOKEN_TO_BE_REPLACED

If you want to get people riled up, just talk anything that could be even tangentially related to politics. Of course, nothing in politics should be more divisive than economic policy. Do you put money in the hands of the 99% so they buy to drive the economy or the 1% so they invest to drive the economy? It seems like a simple question but that’s the most important debate in politics.

Anyway, it’s Sunday so we have to do the links. Let’s kick off with Angie Harmon.

The Trans-Pacific Partnership was a small factor in last year’s Canadian federal election. What role will it play in 2016 US Presidential Election. (The Intercept)

END_OF_DOCUMENT_TOKEN_TO_BE_REPLACED

For our pre-July 4th edition of the links, I think it’s only appropriate that we title this post after the new Independence Day movie. I haven’t seen it yet but the critical reception makes me think that I should wait until it lands on TV before I consider watching it. After all, the original Independence Day is a mainstay on TV so why not the sequel.

Anyway, it’s Sunday which means that it’s time for the links. Let’s kick off with Jessica Alba.

The Baltimore Police Department is changing its Use Of Force policy for the first time in thirteen years to emphasize de-escalation and ask officers to intervene if other officers are stepping over the line. (Baltimore Sun)

I’m not sure if a podcast helping someone getting a new trial is a good thing or an indictment of the legal system that a random podcast might save a man. (NPR)

The UN says that disrupting internet access is violation of a human right. So everyone that extorts money for wifi should be reported to the UN. (Think Progress)

END_OF_DOCUMENT_TOKEN_TO_BE_REPLACED

Despite the fact that the temperature is supposed to be in the mid-teens (Celsius) in my part of Canada on July 1st, make no mistake. Summer is coming. Everyone around here makes the same damn Ned Stark joke so I want to lazily spin it on its head. Considering that Ned’s head is no longer attached to his shoulders, I can’t imagine that would be difficult. By the way, this week’s Game of Thrones review drops tomorrow rather than the usual Friday post date.

Anyway it’s Wednesday which means that it’s time for the links. Since Game of Thrones just wrapped up, let’s kick off with GoT star Maisie Williams.

The House’s Benghazi Report says that there was no wrongdoing on Hilary Clinton’s part. That’s not going to stop it from being a Republican talking point but she has something to fire back with. (New York Times)

Despite fears of the foolish, the legalization of marijuana hasn’t led to the downfall of society. In fact, their teen marijuana use is lowest in America. (Foundation for Economic Education)