I haven’t thrown it in the links today but did anyone else see that epic SummerSlam main event. It was a 20-minute masterclass in professional wrestling and it will go down as the match of the year. Of course, no one in Canada watched it because the state of the WWE Network in Canada is terrible because they can’t just do the same digital offering as they do in America even though they own all the content.

Anyway, it’s time for the links. Since Doctor Who is back on Saturday (and reviews of the new Doctor Who season are coming next week), here’s Jenna Coleman.

How bad are things getting in Ferguson, Missouri? Amnesty International is deploying a human rights team in the US for the first time ever. (The Independent)

Now police in Ferguson are going around without any identification on. How can police be held accountable when the only way they can be identified is by saying the pudgy, balding, middle-aged white one? (Vox)

Time Inc. has found a new way to evaluate its writers. They’re rating them based on value to advertisers. The sad state of journalism in 2014. (Gawker)

END_OF_DOCUMENT_TOKEN_TO_BE_REPLACED

No, that title isn’t a typo. I’m just back to making bad puns. What else do you expect from me on the weekend? I know! Links! And since today is Sunday, it’s probably a good idea to bring you the links. We start with some writing and transition to the downfall of sensibility in the NFL and the confused sustainability priorities of the NHL.

But before we get to all of that, let’s kick off with South African model and blog favourite Genevieve Morton.

TMZ might be the biggest player in celebrity gossip today but no one is entirely sure how it became a seemingly overnight success story. Here’s a look at the gossip site’s history. (BuzzFeed)

And since I just ran a BuzzFeed link, one of their lead writers is a serial plagiarist. (Our Bad Media)

After a couple of days of controversy, BuzzFeed undertook an internal review and let Benny Johnson’s for plagiarizing over 40 times. (BuzzFeed)

END_OF_DOCUMENT_TOKEN_TO_BE_REPLACED 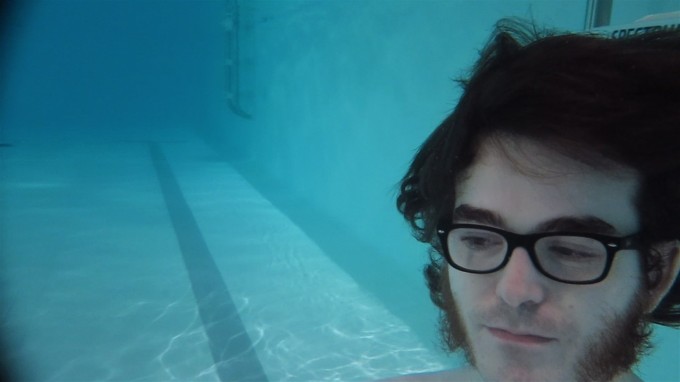 The weekend’s big gaming news story wasn’t about a new game or another major announcement but a feud between two gaming personalities.

On one side was Marcus Beer, GameTrailer’s Annoyed Gamer, who criticized prominent indie developers Phil Fish and Jonathan Blow for not commenting on Microsoft allowing indie game self-publishing on the Xbox One. On the other side was the aforementioned Phil Fish who didn’t take kindly to Beer lobbing personal insults at him on video.

However, I don’t think that the takeaway from this feud should be anything about either Beer or Fish. I think how this feud started says more about how this gaming journalism works and why it might be irreparably broken.

END_OF_DOCUMENT_TOKEN_TO_BE_REPLACED

The ongoing concern of gamers over whether they can trust the journalists who write news and reviews has been at a near boiling point for the last year or so. There was the battle between gamers and the press over Mass Effect 3’s ending. Journalists at the Games Media Awards were encouraged to tweet about Trion’s upcoming Defiance with a reward of a PS3 being available for one lucky winner. Then there are the regular accusations of good or bad reviews for certain games being bought by publishers.

What brought this issue to a head for me was the recent revelation in a GameTrailers interview that Hideki Kojima had run his marketing plan by Geoff Keighley some two years ago at Comic Con. While it’s okay to play along with Moby Dick Studios and The Phantom Pain, what Keighley did and what the rest of the press did is different. It’s one thing for outlets without inside information to connect the dots to give us the likely scoop. It’s another for Keighley to withhold information when he knew the real story of Moby Dick Studios and The Phantom Pain and hype a fake interview on his show that was just a marketing sham.

END_OF_DOCUMENT_TOKEN_TO_BE_REPLACED

It’s the end of the week… Or maybe it’s the start of a new week. It all depends on your perspective and calendar. Maybe we should go with new week after the last couple of weeks. Anyway, let’s get started with one of Twitter’s common sense advocates, Chrissy Teigen.

The gun control debate might finally get going in earnest after Friday’s shooting in Newtown. If you’re looking for facts about mass shooting in the United States, start here. (Wonkblog – Washington Post)

Everyone that says that we shouldn’t politicize the Newtown shooting is politicizing it by trying to let any discourse over gun control end quietly. When they stop using that line, those trying to protect “freedoms” will start parroting these lies. (Think Progress) The fact of the matter is that if gun control would eliminate freedoms, traffic lights and speed limits should go too. If you think if this wouldn’t have happened if the kids and teachers were all packing heat, you are also obligated to believe that people should be free to buy cocaine, heroin, crystal meth and bath salts without fear of criminal penalty. It’s just the same damn thing.

After the jump, the media’s coverage of the shooting, a breakdown of the new Wii Mini and Gangnam Style martial arts. END_OF_DOCUMENT_TOKEN_TO_BE_REPLACED