It’s been an interesting week in the world of news. A 100-year-old news publication was gutted by someone who thought they knew better. Racism is almost as hot button an issue as it has ever been. Rolling Stone’s rape story fell apart just as the hockey press has seen a bunch of sexual harassment stories come to light. There’s no shortage of stories to read this week.

Hands up is quickly becoming something more than a sign of surrender. It’s a plea for justice and quality. (The Baffler)

While systemic racism in law enforcement is tearing America apart right now, an entire half of the political spectrum is fanning those flames by blaming the victims. (The Guardian)

END_OF_DOCUMENT_TOKEN_TO_BE_REPLACED 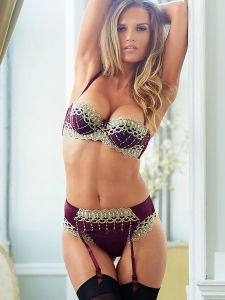 I think that I’ve mentioned it before but there are three linkdumps a year that are exceptionally difficult to do: The one following July 4th, the one of the two following Christmas because you can only run so many year-in-review links and this one following US Thanksgiving. We do have some links for you but not as many as usual.

However, to make up for the relative lack of links, here’s the return of an old favourite. It’s American model Rachel Mortenson.

With the recent protests in Ferguson and support protests in Toronto, we shouldn’t be settling for “we’re not as bad as them” as a positive for Canadian society. (Toronto Life)

It’s not just 18-year-olds or Ferguson that has to deal with police racism. A 12-year-old in Cleveland was shot for having an airsoft gun and the police are trying to justify it. (Gawker)

And I’m not the only person who thinks there a shift in the discourse about sexual assault. It looks like the Ghomeshi story has started making investigating sexual assaults a big deal. (MacLean’s)

END_OF_DOCUMENT_TOKEN_TO_BE_REPLACED

I’m not sure that I’ve ever seen a single week in which so many major stories have broken or had developments. Between the grand jury and subsequent protests/riots in Ferguson, Jian Ghomeshi, Bill Cosby and the start of year-end lists, there is no shortage of interesting reads this week. It was a challenge to get it down to a manageable list for today’s links.

So let’s not waste any more time. Let’s start with Kate Beckinsale.

The Grand Jury hearing the case of Officer Darren Wilson, the man who shot Michael Brown in Ferguson, declined to indict the police officer. It’s hard to believe considering the inconsistencies in Wilson’s story. (Vox)

And Grand Juries not approving indictments, the Grand Jury is often termed a prosecutor’s playground. It’s exceedingly rare for a Grand Jury not to indict but Robert McCulloch managed to pull that off in the biggest case of his career. (FiveThirtyEight)

Rape culture and the discourse around sexual assault is something that society is coming along on but is a far way from getting right. There is still a lot of troubling stigma over sexual assault. (Rolling Stone)

END_OF_DOCUMENT_TOKEN_TO_BE_REPLACED

There are lots of big news stories on both sides of the border. In Canada, Tim Horton’s is going to become quasi-American which is worse than us burning down the White House. Meanwhile America is still going through problems with police and media dealing with black men, especially when it comes to Ferguson, Missouri.

Anyway, it’s time for us to do the links. Let’s start with the return of Emily Ratajkowski.

The New York Times’ article about Michael Brown and their portrayal of him in said article shows the problem with how black men are portrayed by the American media. (Mic)

While Deadspin looks into police killing data, D. Brian Burghart has already attempted to do so himself. He’s found it quite hard to gather objective data but has come up with a few conclusions that should surprise no one. (Gawker)

END_OF_DOCUMENT_TOKEN_TO_BE_REPLACED

Good news! Doctor Who returned last night with a new Doctor! Even better news! Formula One is back from its summer break this morning. Actually, barring a monsoon, a safety car or a red flag, they should be two-thirds of the way through the race. I’ll have the latter written up tomorrow and the former later this week.

For now, it’s Sunday so that means that we’re going to do the links. Let’s start with Canadian model Sabriane Brandao.

Given what’s happening in Ferguson, Missouri, it might surprise you to hear that statistics on police killings are surprisingly sparse. (FiveThirtyEight)

To help with that lack of police killing data, the folks at Deadspin are crowdsourcing data to answer that question. (Regressing)

END_OF_DOCUMENT_TOKEN_TO_BE_REPLACED 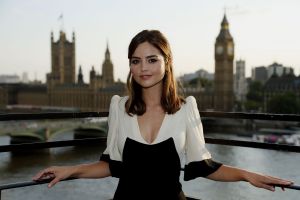 I haven’t thrown it in the links today but did anyone else see that epic SummerSlam main event. It was a 20-minute masterclass in professional wrestling and it will go down as the match of the year. Of course, no one in Canada watched it because the state of the WWE Network in Canada is terrible because they can’t just do the same digital offering as they do in America even though they own all the content.

Anyway, it’s time for the links. Since Doctor Who is back on Saturday (and reviews of the new Doctor Who season are coming next week), here’s Jenna Coleman.

How bad are things getting in Ferguson, Missouri? Amnesty International is deploying a human rights team in the US for the first time ever. (The Independent)

Now police in Ferguson are going around without any identification on. How can police be held accountable when the only way they can be identified is by saying the pudgy, balding, middle-aged white one? (Vox)

Time Inc. has found a new way to evaluate its writers. They’re rating them based on value to advertisers. The sad state of journalism in 2014. (Gawker)

END_OF_DOCUMENT_TOKEN_TO_BE_REPLACED 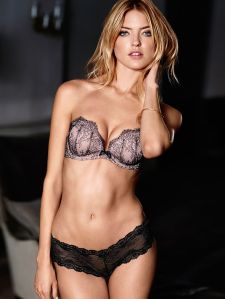 Just when I thought that everything was happening at the start of the week, it just kept going. You didn’t have to the type of person to closely follow the news to know that there was all sorts of things happening in the world this week. We’ll do our best to keep you posted with this week’s links.

Since we have a lot of links from America this week, let’s start with American model Martha Hunt.

Reporter Wesley Lowery was arrested for being a reporter in Ferguson, Missouri. Here’s his account of the arrest. (Washington Post)

A reporter took to the ground in Ferguson as part of the protest movement. This is what happened. (Grantland)

Despite all the riots in Ferguson, Missouri, one question remains unanswered. Why did Michael Brown really die? (The New Yorker)