So Canada Day is on Tuesday and I realized that I’m well behind on the usual Canada Day content that I put on the blog. I think that I might push it back to the weekend so I have enough time to prep it. Once July rolls around, I might actually have time to start writing again. Wouldn’t that be nice?

Anyway, I still have some links for you to enjoy today. Let’s start with Camille Rowe.

While many world leaders led an outcry over the persecution of Al Jazeera journalists in Egypt, Stephen Harper and the Canadian government were quiet and overly politically correct given the circumstances. (Toronto Star)

Speaking of Prime Minister Harper, the folks at Shit Harper Did are doing their own parody Economic Action Plan ads from EconomicActionPlan.ca. Should’ve bought that Stevie. (Shit Harper Did)

How outlandish is Fox News getting? They’re suggesting that President Obama’s focus on climate change is tantamount to treason. What is wrong with these people? (Mediaite)

END_OF_DOCUMENT_TOKEN_TO_BE_REPLACED

It’s a special edition of your favourite time of the week. It’s the 50th edition of all the weirdest and wackiest stories not fit for print. It’s the Not News of the Week.

Vuvuzelas were easily the most aggravating part of the 2010 World Cup (apart from the officiating). But usually, we’d turn down the sound or change the channel if need be. But what do you do if you don’t have that option? An Italian man found the best solution to that problem was reckless destruction. The man was at a bar where people were constantly blowing their vuvuzelas and tried to put a stop to their buzzing by firing a rifle into the air. When that didn’t work, he hopped into his car and rammed into the bar repeatedly before driving away. Oddly enough, when he went to a nearby hospital, he wasn’t going for treatment for his injuries but was admitted to the psychiatric ward. I knew those things would drive us all nuts eventually. END_OF_DOCUMENT_TOKEN_TO_BE_REPLACED

It’s time for a back to the basics episode of The Lowdown BlogCast. In this episode, Steve reviews the new Green Day: Rock Band video game and the boys talk about video games in Australia. That’s followed up by the obligatory LeBron James discussion as the guys talk about the ridiculousness of the situation, what this means for future free agents in the NBA and what the next move for the Toronto Raptors should be. That segues into entertainment in which features a man named Band as Jackie’s single of the week. Newark, New Jersey, is represented in It Came From YouTube while the Billboard Hot 100 gets another plug in the Worst of Music. The NHL takes over from there as the boys discuss Carrie Fisher (or is it Underwood) and the near certainty (as of taping) that Ilya Kovalchuk would join the LA Kings. That leads to a discussion of players that can’t handle the pressures of playing in the spotlight. The show wraps with a discussion of the World Cup final and who was at fault for the Dutch loss. In total, it’s 100 minutes of Lowdown insanity. It’s more than a regular World Cup that isn’t officiated by Howard Webb. 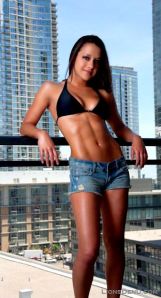 Did you ever hear about the man who made a perfect big on a Showcase on The Price is Right? Here’s the behind the scenes story from contestants’ row and behind the camera. (Esquire)

And here’s a more personal remembrance of The Boss. Here’s the tales of a former Yankees intern who met Steinbrenner. (Sparty & Friends)

One game to rule the world. Spain and the Netherlands played to stand a top the world of soccer for the first time. The Netherands have missed out on two previous opportunities to win the title. Spain, the defending European champions, were in their first final at a World Cup. But only one team could raise FIFA World Cup Trophy. END_OF_DOCUMENT_TOKEN_TO_BE_REPLACED

The sixty-third game of the 2010 World Cup may have technically been for third place in the tournament but having come so close to the title, that wasn’t the real motivator for Germany and Uruguay. This match was solely for pride. One last game and one last chance to end the tournament as a winner. After a month of pouring your heart out, pride will be all that you have left to go with the bumps and bruises. END_OF_DOCUMENT_TOKEN_TO_BE_REPLACED

Three teams remain in the 2010 World Cup. The Netherlands are already through to the final. The other two teams battled in the second semi-final today. Spain came in as a popular favourite following a breakthrough triumph at Euro 2008 following years of underachieving. Germany is one of the winningest counties in soccer history and has established itself as the best team in this tournament. But only one team can have a shot at glory. END_OF_DOCUMENT_TOKEN_TO_BE_REPLACED

The first of the two semi-finals at the 2010 World Cup went today. The Netherlands have never won a World Cup but seem to have an easy path to the finals. Uruguay have scraped through to the final four but they do have a winning pedigree at the World Cup. The winners of the first tournament are looking to add their third trophy to the national trophy cabinet having been shutout for the last 60 years. END_OF_DOCUMENT_TOKEN_TO_BE_REPLACED

It’s Independence Day down in the States. I won’t be doing an eye candy post today but here’s Erin Andrews as consolation.

What happens when the local sports media can’t get a hold of their World Cup goat? They go after his mother. (Kotaku)

The question among sports fans for the last week has been where will Kovalchuk sign. No, I’m just kidding. It’s where will LeBron sign. Maybe his Facebook feed will provide some insight. (Slate)

Last week, I ran a NYT profile of Olivia Munn which was written for no apparent reason. This week’s profile is sort of timely because the Wimbledon finals are today. It’s a look at (zombie) tennis star John Isner. (New York Times)

The two final games of the quarter-final round saw two favourites meet up as Germany battled Argentina. In the other match, defending European champions Spain took on Paraguay. The two powerhouse teams that survived today’s action would be on a collision course in what should be an epic semi-final. END_OF_DOCUMENT_TOKEN_TO_BE_REPLACED