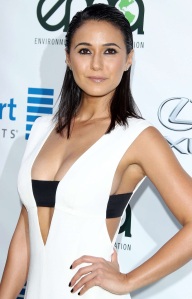 You know what? I’m still not ready to get back to doing the links. After spending the last couple of months trying to save America from itself (and the World from America), 26.4% of eligible Americans gave the world President Trump. God help us all and God help the United States of America.

Anyway, the road back to some sort of healing has to start some time and we may as well carry on with the Sunday edition of the links. Let’s kick off with Emmanuelle Chriqui.

So the Democrats were defeated. Though not resoundingly, it was a complete defeat. Bernie Sanders explains where they go from there. (New York Times)

But not all Democrats or supporters look inside the party to reflect on what went wrong. Some are looking at the likes of the FBI and the Wikileaks/Russia connection. (The Hill)

By the way, some folks from Wikileaks did an AMA on Reddit but dodged any questions about questionable ethics, motivations and ties when it came to their coverage and influence of the US Presidential Election. (/r/IAmA)

END_OF_DOCUMENT_TOKEN_TO_BE_REPLACED 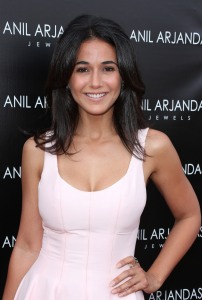 The story behind the story is one of those little themes I like to bring up when doing the links time and time again. I’m sure some find it a little played out but I wouldn’t keep going back to that theme for the links if I didn’t find it interesting. The reason I got into the news almost ten years ago was because I love news and I love knowledge. You could say that it’s my jam.

Anyway, it’s Wednesday which means that it’s time to do the links. Let’s kick things off with Emmanuelle Chriqui.

As the TPP gets closer to becoming law, the US is faced with another new trade deal that will help the small minority of Americans. (Pittsburgh Post-Gazette)

Applying the term “socialist” to a politician used to spell the beginning of the end to their highest aspirations. People see beyond that term that Bernie Sanders has applied to himself. How does that work? (The Guardian)

A North Korean defector is coming to the west with 15 gigabytes of data about biological and chemical weapon tests being performed on humans. There’s a small difference between maybe having those weapons and using them against your own people. (The Age)

END_OF_DOCUMENT_TOKEN_TO_BE_REPLACED 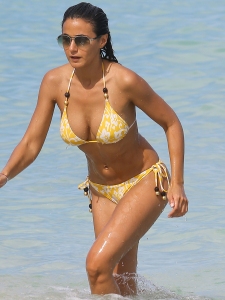 With Labour Day come and gone, I think that means that summer is over. Well, I think summer was over early for me. It was 13°C on Monday. I’m glad that I did my grilling on Saturday and Sunday instead because I would have needed a winter coat for Labour Day.

Anyway, it’s time for the links. Let’s kick this post off with Emmanuelle Chriqui.

The Republicans have cold feet on intervention in Syria. This doesn’t have to do with principles or intelligence but politics… Of course it is. (Mediaite)

A gay rights activist was arrested under Russia’s new anti-gay laws. Cruelly, the man was turned in to police by his own parents. (Pink News)

How has political campaign reporting changed since the advent of Twitter as a source of disseminating news in near real-time. (New York Times)

END_OF_DOCUMENT_TOKEN_TO_BE_REPLACED 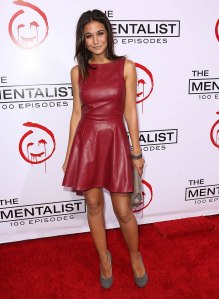 I know there was a presidential debate last night but the thorough analysis wasn’t out in time to make this post. I’m not staying up until the early hours of Eastern time to add the one or two links that isn’t just biased spin. If I wanted that, I’d watch Fox News. They’re so “fair and balanced” that they almost weren’t allowed the broadcast in Canada as a news channel. Anyway, we still have some news and politics links. But first, here’s Canadian actress Emmanuelle Chriqui.

Mitt Romney tries to come off as the business man who knows how to turn around the economy. There’s one problem. He’s never actually built a proper business from scratch, just bought, sold and stripped for parts. (Washington Post)

If you’re cynical about the whole political process, you might not be entirely in the wrong. Things might not change after this election and Congress would still accomplish nothing. (BuzzFeed)

After the jump, who is better at creating jobs, the NHL’s failed PR attempt and a Ghostbusters mashup. END_OF_DOCUMENT_TOKEN_TO_BE_REPLACED 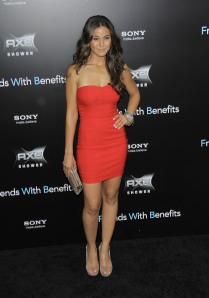 It’s time for another set of Wednesday links. Since I missed out on her epic EPSYs appearance, here’s Emmanuelle Chriqui.

Once again, Brendan Shanahan and the NHL’s R&D department are back at work trying novel new things to fix hockey. Do they actually think that hockey still needs fixing after the playoffs we just saw? (Puck Daddy)

The US Women’s National Team may have lost the World Cup but Alex Morgan may have won the war. She’s the breakout star from the tournament based on the number of marriage proposals on her Facebook page. (Dirty Tackle)

With the NBA lockout looking like it’ll be for the long haul, it’s drawing comparisons to the NHL lockout. (NOLA)

After the jump, the latest on the Uncharted movie, Darth Vader gets kicked off Google+, and an a capella Star Wars. END_OF_DOCUMENT_TOKEN_TO_BE_REPLACED 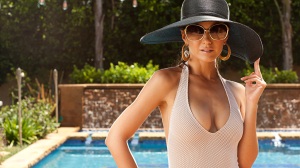 I’ve never really understood why folks were so high on Entourage and Emmanuelle Chriqui. Then I saw this photo shoot that HBO did with her to promote the show’s seventh season. Now, I’m not one to promote a television show but I’m more than willing to lend a hand to promote a fellow Canadian. And after seeing this shoot, I can understand how she was named AskMen’s Most Desirable Woman of 2010. So after the jump, we have the photo gallery and a video. END_OF_DOCUMENT_TOKEN_TO_BE_REPLACED 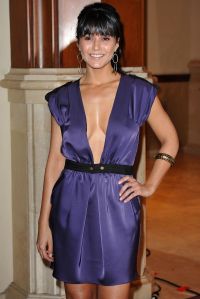 Here’s Emmanuelle Chriqui who most men would fight Mike Tyson for.

If you didn’t believe in Santa before you read this article, you certainly won’t afterwards. In fact, you may run for your life the next time you see him. Turns out that Saint Nick’s a republican. (Musings on Greenwood)

I try not to link to Maxim because it’s banned viewing at most workplaces but this was too good to pass up. They have a guide of what golf clubs to chase guys with for every occasion. (Maxim) 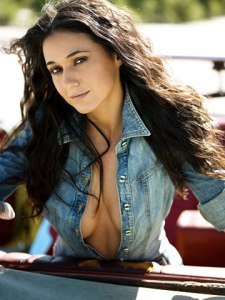 It’s a made up long weekend in Canada. Let’s celebrate with Canadian hotness icon Emmanuelle Chriqui.

Since EA Sports is sent us a copy of NCAA Football 10 to review, we thought we would take a refresher course in video game football etiquette. I know this is for Madden 10 but just substitute the Florida Gators for the Pats and it’ll work out. (Awesomely)

Speaking of etiquette, I don’t think it’s good form to be tasked with selling a soccer team and try to sell it on eBay. Even if it’s only in Britain’s League One. (BBC)

After the jump, it’s hard in the press for a pimp, news from the rink, and Raw is Shaq highlights. END_OF_DOCUMENT_TOKEN_TO_BE_REPLACED