END_OF_DOCUMENT_TOKEN_TO_BE_REPLACED

It’s time for the middle of the week which means it’s time for the links. Let’s skip the intro and go straight to the show. First, here’s Magdalena Frackowiak who is making her first appearance on the blog.

Thanks to DVRs, Netflix shows, downloading and social media, has the spoiler warning gone the way of the dodo? (Wired)

Speaking of going the way of the dodo, could Microsoft not be long for this world? (Yahoo Finance)

You may not know but I’m a bit of a cricket fan and watch the IPL every weekend during the spring. Anyway, here’s a look at how Washington National (I think that’s the singular) Bryce Harper would fare in cricket. (Natstradamus)

END_OF_DOCUMENT_TOKEN_TO_BE_REPLACED

Well, I jinxed us when prepping the intro for this post. Originally, I said we got through the week intact when we almost didn’t. Anyhow, next week is our F1 preview week. We’ll have all the usual features and we’ll even throw in our Mass Effect 3 Citadel review for good measure. But first, we have the Sunday links. Since there’s a new episode of The Walking Dead tonight, here’s Lauren Cohen.

We all know that Disney came from seemingly nowhere to drop $4 billion to buy Lucasfilm  and everything Star Wars but do you know how the deal came together? (Businessweek)

Keeping with behind the scenes stories, here’s a look at CERN’s chase to find the Higgs boson. (New York Times)

Sports owners are well-known for crying poor. However, one owner has been proven to be a liar when crying poor. The Carolina Panthers aren’t a hard done by team. They made over $110 million over the last two years. (Deadspin)

END_OF_DOCUMENT_TOKEN_TO_BE_REPLACED

I’ve never heard of Emily Ratajkowski before (apparently she’s an actress in addition to being a model) and clearly that’s a massive oversight.

When the most popular wrestler in the WWE is Daniel Bryan and the least popular is John Cena, you know that independent wrestling is slowly taking over the major pro wrestling landscape. (Grantland)

We all know about The Masters tournament thanks to the many poetic stories from golf scribes and the endless TV coverage of the event but here’s the real story of Augusta during Masters Week. (The Awl)

Depending on the day of the week, ESPN’s Skip Bayless is either a troll or a moron. So it’s nice when an ESPN employee takes Skip down on his own show. (Awful Announcing)

After the jump, what scares Ilya Bryzgalov, which parts to buy for your desktop and we’re riding Solo… Han Solo, that is. END_OF_DOCUMENT_TOKEN_TO_BE_REPLACED

Despite the fact that I’m an atheist, even I’m willing to admit we’re more SEO-friendly by referencing Easter. Anyway, here’s Xenia Deli. She’s a Beach Bunny Swimwear model along with another famous model who we’ll have a little later on.

We all know that athletic departments wield serious power on college campuses but nothing rivals the sway of Notre Dame’s football program. Sexual assault accusations against Fighting Irish football players tend to end badly for the accuser. (Deadspin)

As Jackie mentioned yesterday, Chevy Chase is in the middle of a feud with Community creator Dan Harmon. What he didn’t mention is that Chase has a pretty lengthy history of being an asshole. (Gawker)

Darren Dreger gets a lot more respect from fans and media than I remember him getting while at Sportsnet. I’m not saying that TSN’s PR machine has turned him into a respectable inside but it is a remarkable change from host to insider. Anyway, he’s still an idiot. His Vezina vote is for Marc-Andre Fleury despite the mountain of evidence that suggests that Fleury is a below average netminder. (Driving Play)

After the jump, Tim McCarver’s greatest fear, EA tries to make amends for ruining BioWare and a Nickelback parody. END_OF_DOCUMENT_TOKEN_TO_BE_REPLACED

If you thought that we were only hockey, football and Formula One fans around here at The Lowdown Blog, you would’ve been wrong. We’re also baseball fans. This year, we’ve got a couple of different rotisserie baseball pools for you to join.

Our other rotisserie baseball league is based on Moneyball. Bill James would be proud of this fantasy pool because we’ve picked ten stats that follow the classic Moneyball principles. These stats are runs, extra base hits, RBIs, pitches per plate appearance, OPS, pitcher wins, ERA, WHIP, strikeouts per nine innings and saves plus holds. Click here to join the LowdownBlog.com Moneyball Roto Pool. 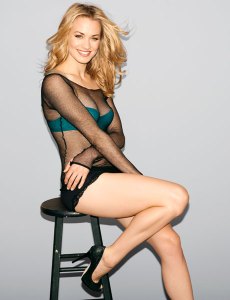 I should be playing Mass Effect 3 right now but my hard drive had to suffer a catastrophic failure in January and cost me two (and a half) saved characters. But with ME3 out yesterday, it’s only fitting to lead-off with Yvonne Strahovski.

We all know that Rush Limbaugh is a moronic, misogynistic blowhard whose views lower the intelligence of everyone that hears them. Fortunately, after his latest tirade and thanks to the power of social media, Rush’s advertisers are leaving in droves. (Think Progress)

Speaking of advertising, since the NBA is expecting over two-thirds of teams to lose money this season, they’re looking at selling ads on jerseys. (Sporting News)

Mass Effect 3 is out! Let me repeat that to reflect my excitement: MASS EFFECT THREE!!!!!1!!3! Here’s a pretty detailed, but not spoilerish, review. (Kotaku)

After the jump, Valve’s secret project, another reason why newspapers are dying and the obligatory ME3 trailer. END_OF_DOCUMENT_TOKEN_TO_BE_REPLACED