Our second Hottest Canadian bracket ran three weeks instead of the four that we ran the original over but we also had more votes this time. After a successful run from 32, the one woman left standing at the end of the battle is…
END_OF_DOCUMENT_TOKEN_TO_BE_REPLACED

Our second Hottest Canadian bracket has taken us from 32 of the hottest Canadian women in the world to 16 to 8 to 4 and now to the last two women standing. As was the case the last time, the favourites have fallen to the side and we are left with two underdogs battling to be crowned the hottest woman from Canada.

In one corner is retired seven-time women’s wrestling champion turned yoga guru Trish Stratus. In the other corner is actress Laura Vandervoort who is looking to join former Smallville castmate Kristin Kreuk who was our first Hottest Canadian champion.

Who will be crowned the Hottest Canadian of 2015?

END_OF_DOCUMENT_TOKEN_TO_BE_REPLACED

With Summerslam only a few days away, I thought that now was the perfect time for a wrestling-themed edition of the Man Lab Showdown. I’m probably going to sound old when I say this but wrestling was far better in my day. Okay, everyone says that about their generation but wrestling was never better than at the peak of the Monday Night Wars. That includes the WWE (then WWF) Divas. 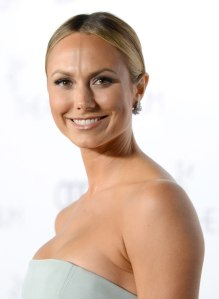 More photos and the poll after the jump.
END_OF_DOCUMENT_TOKEN_TO_BE_REPLACED 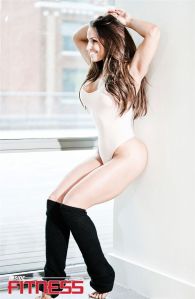 Somehow, someway, I’ve scrambled together links for today. For some reason, there just didn’t seem to be much in the way of interesting links for today. Hopefully starting this post off with the legendary Trish Stratus makes up for it.

SI is releasing a five-part report on so-called corruption in the Oklahoma State football program. Is paying players really corruption or is it supporting those who make the program millions of dollars? (Sports Illustrated)

I say so called corruption because buried down in the story is an anecdote about the players taking money just so they can put food on the table. Yeah, the Oklahoma State football program is full of comic book super villains. (Deadspin)

Did you know that the daughter of the man who built Auschwitz lives in America? (Washington Post Magazine)

END_OF_DOCUMENT_TOKEN_TO_BE_REPLACED 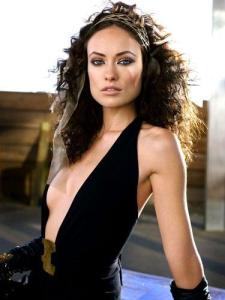 Headlining this post is Olivia Wilde who was just named the hottest woman in the world in the Maxim Hot 100. I guess we were wrong when we said that Megan Fox (#2) would take home the top spot. After the jump, I had planned on showing the new Celebrity Jeopardy skit from SNL but NBC is evil. Instead, we have Vince McMahon mocking the NFL and NBA.

Pfizer has come up with their own… Well, let’s call it their unique take on a stimulus package: Free Viagra for the unemployed. (Toronto Star)

Ever watch one of those strong man competitions where guys dead lift 700 lbs., pull firetrucks, and hold to cars in place that are trying to tear them apart? Well, a lot of time, effort, and especially money are put in by the competitors to get to the world championships. (CNBC)

Something that one could never live down: A NSF-High School pic in the yearbook. (WTSP)

British TV personality James May invaded the Chelsea Flower Show… with a plasticine garden. (Daily Telegraph) And don’t forget the accompanying slideshow. Although it didn’t win any of the best in show awards, May’s garden did get a special plasticine gold medal award for his efforts.

Some fathers reach a little when they pick out a birthday present for their teenage son. For example, a Polish immigrant in England tried to get his kid a hooker. (NY Daily News)

A man rolls up the rim to a prank gone horribly wrong. He wasn’t the target but he was the victim. Not that he should worry. Nobody wants a Venza anyway. (CBC)

What do you do when you lose $15 million at casinos in Vegas? Claim that you were drugged so you shouldn’t have to pay off your debts. (Las Vegas Sun)

Good news: The World Series will have all first pitches thrown before 8:00 this year. Bad news: It’s still baseball which means that from pre-game to final out, the game will take at least five hours for a nine inning game. (USA Today)

We mentioned the CIS All-Star gamea week-and-a-half ago. Here’s a look ahead to the 2010 CFL Draft that those all-stars were aiming for. (TSN)

The New York Times is planning on charging for some of its web content. No better way to beat the recession than to scare people away from their website. After all, why pay for content from the NYT when you can get it free on Google. (New York Observer)

A while ago, I mentioned you can track every athlete on Twitter. Now you can follow every sports blog on Twitter. (Sports Blog Tweets) Except, you can’t follow me on there. Not a big deal because you can find me @TheSteveMurray. END_OF_DOCUMENT_TOKEN_TO_BE_REPLACED