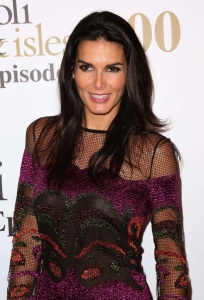 If you want to get people riled up, just talk anything that could be even tangentially related to politics. Of course, nothing in politics should be more divisive than economic policy. Do you put money in the hands of the 99% so they buy to drive the economy or the 1% so they invest to drive the economy? It seems like a simple question but that’s the most important debate in politics.

Anyway, it’s Sunday so we have to do the links. Let’s kick off with Angie Harmon.

The Trans-Pacific Partnership was a small factor in last year’s Canadian federal election. What role will it play in 2016 US Presidential Election. (The Intercept)

The Canadian Government is expecting a Snowden-level leak about surveillance at some point in the not too distant future. (Toronto Star)

A market analyst says that the real estate bubble in Vancouver is a result of money laundering. Well that’s not a story you read every day. (Global News)

A petition asking to re-do the “Brexit” referendum received 4.1 million signatures but was rejected by the British government. That’s almost 13% of the people who voted who asked for a 2nd chance to vote. (Independent)

The state of Colorado made waves with marijuana legalization and could do it again by introducing single-payer health care. (The Motley Fool)

Gretchen Carlson is suing Fox News boss Roger Ailes for sexual harassment. The book The Loudest Voice In The Room apparently says this isn’t too far off the mark. (Variety)