It’s time for another edition of the Entertainment Link-Off. Starting off this entry is Kaley Cuoco. You can hear her voice work in the new critically slammed animated film Hop, but I’m sure we’ll all be better off watching Source Code in theatres instead this weekend.

After the jump, news on Transformers 3, watch the first six minutes of Sucker Punch, Katherine Heigl causes havoc in the movie industry, Tara Reid tries to show off her acting chops and a funny look at Korean dramas. END_OF_DOCUMENT_TOKEN_TO_BE_REPLACED 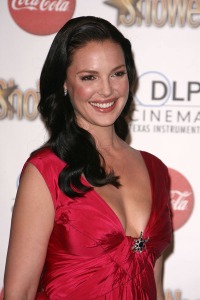 Kicking off today’s post is Katherine Heigl who has decided to go brunette. Well, it’s not like this can push her any farther off the radar.

Of course, it’s not just the ladies with marriage trouble. The infamous Tiger Woods texts to Joslyn James were released. But Joslyn didn’t release her messages to Tiger. Don’t worry. Slate has them. (Slate)

And Tiger’s not the only golfer in a text message scandal. John Daly is too. (Food Court Lunch)

Katherine Heigl has a new movie coming out this weekend. She hopes that it does well because she’s managed to piss off Grey’s Anatomy writers. I can sleep soundly at night knowing both Grey’s and The Ugly Truth will flop.

The King is back to haunt our dreams. Burger King is sponsoring a Spanish soccer team and expect the King to make regular in-game appearances. (Deadspin)

I knew that you could drive a car without legs but I didn’t think it was possible to ride a motorcycle without arms. (Ananova)

Normally I wouldn’t complain about criminals getting locked up for a long time but this might be excessive. A man steals five CDs from Wal-Mart and gets life in prison. He still got off lighter than if he were to try to start a union in Wal-Mart. (Houston Chronicle)