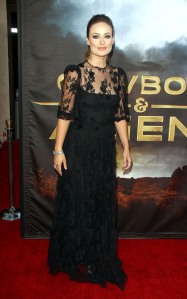 So Comic Con is over. The NFL lockout is over. CM Punk’s absence from the WWE seems to be over. And Olivia Wilde is starring in a movie that doesn’t look that good. It looks like everything is back to normal.

The NFL lockout is over. I guess we have the NBA which is locked out with their cocks out. (Literally in the case of Ron Artest.) Anyway, CBS casts the inevitable NFL lockout movie. (CBS Sports)

Meanwhile, 20th Century Fox is going to be making an ESPN movie. They’ve purchased the movie rights to the ESPN book. (Deadline)

Sources say that there is a non-salary cap and non-temporary insanity reason for Philly trading Mike Richards and Jeff Carter. Apparently, they partied too hard. Multi-millionaires in their 20s partying? Well, I’d never! (Philadelphia Daily News)

After the jump, George Lucas’ daughter is an MMA fighter, 30 years of Don’t Stop Believin’, and the return of CM Punk. END_OF_DOCUMENT_TOKEN_TO_BE_REPLACED

It’s time for another edition of the Sunday links. In honour of Comic Con, here’s Attack of the Show personality Alison Haislip.

On the heels of C.M. Punk becoming a mainstream star, Bill Simmons takes a look at the history of wrestling theme music and the best theme music since the Monday Night Wars. (Grantland)

And speaking of wrestling, a man got the 90s WWE title belt tattooed around his waist. It’s both the greatest and dumbest thing a wrestling fan has ever done. Here is his story. (Black Sports Online)

The NFL lockout is almost over… Maybe. It’ll definitely end when they actually are at risk of losing money. Anyway, here’s Drew Magary’s guide to the post-lockout NFL. (Deadspin)

After the jump, how NHL salary arbitration works, Ford has a message for GM and CM Punk invades Comic Con. END_OF_DOCUMENT_TOKEN_TO_BE_REPLACED 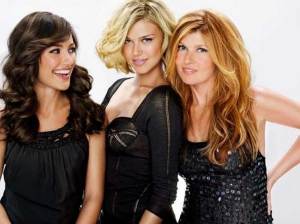 Because of all the Friday Night Lights wrap-up links I have in here, I have to kick off with the lovely ladies of FNL that Jackie omitted yesterday. It’s Minka Kelly, Adrianne Palicki and Connie Britton.

So I was wrong when I posted a link a few weeks ago about the FNL series finale. The finale aired weeks ago in Canada but FNL just wrapped up in the USA this past Friday. In honour of the end of the best sports show ever, here’s the oral history of Friday Night Lights. (Grantland)

Part of what made FNL great was the soundtrack which helped to make it feel like a Texas football show despite the fact that all the actors were at least in their 20s and mostly from well outside the deep south. Here are the best songs from FNL’s five season run. (GQ)

Deadspin has done it again. They’ve obtained the audited financial statements of the arm of the NFL that brings in all the league-wide revenue. They only made 10 figures of profit last year. (Deadspin)

After the jump, happy 5th Twitter, the self-destruction of RIM and CM Punk is at it again. END_OF_DOCUMENT_TOKEN_TO_BE_REPLACED

Did you know that tomorrow is Independence Day? Well, since this is a Canadian blog, let’s kick of with some non-American eye candy. We’ve got a treat for the Yanks tomorrow, though. In the meantime, here’s British WAG and model Abbey Clancy.

We all know sports owners try to cry poor but is it all just show? Deadspin found some old New Jersey Nets financial statements and examine how they exaggerate their loss. (Deadspin)

But sometimes losses are a result of the product on the field. Take the Toronto Blue Jays who’ve been out of the post-season hunt for almost 20 years. (Grantland)

And speaking of baseball and losses, Charlie Sheen is back in the news. In an interview, he says that he took steroids while filming Major League and his fastball gained 5 MPH. (Sports Illustrated)

After the jump, wrestling is real to Jim Rome, Costas and Michaels get reunited and blowing up bridges. END_OF_DOCUMENT_TOKEN_TO_BE_REPLACED

It’s time for the last set of Wednesday links for June. So why not close it off with Katy Perry? Can you tell I didn’t have a segue there?

It looks like teens aren’t taking to Facebook as much as they used to. I guess it’s not cool to be Facebook friends with mom and dad. (Forbes)

Adam Carolla may not be hosting Top Gear USA but he is getting his own car show. Speed Channel has signed up Adam and some friends for The Car Show. (Jalopnik)

Did you know that James Toney and Ken Shamrock are still fighting? Well, that’s a relative term because they’re doing some dirty boxing pseudo-fight for an unnamed promotion in September. I’m shocked they weren’t forced to hold it at an Indian casino because no one else wanted that crap. (The Big Lead)