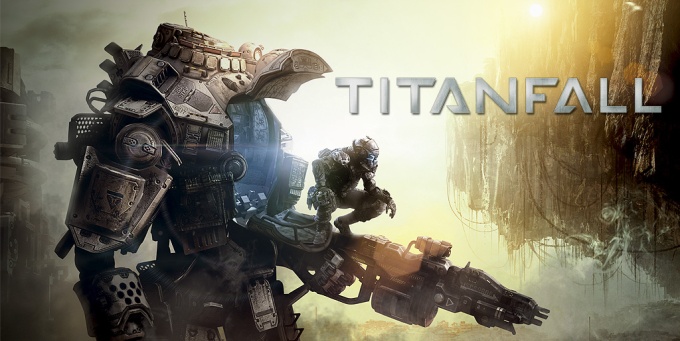 When I was at Fan Expo last August, someone in line for the State of Gaming panel asked the group of us waiting where we thought the industry was headed. Increasing the quantity and quality of free-to-play games was a popular answer. More mobile games for core gamers was another answer. Motion controlled games on Kinect, Wii U and PS Eye finally becoming proper gaming was a less popular suggestion but it was made.

After some pondering, I realized that those answers weren’t wrong but I had a better one. While all those ideas might be right, I think Titanfall might be a harbinger for where the industry is headed. It has nothing to do with mechs or pretty graphics or third-party triple-A games going exclusive. It has everything to do with dropping the single-player campaign and launching a game with only multiplayer.

END_OF_DOCUMENT_TOKEN_TO_BE_REPLACED

There was seldom a moment during the London Olympics that I was tuned away from live broadcasts, especially during handball. I was one of the two-thirds of Canadians who watched Sidney Crosby end the Vancouver Olympics with an overtime goal to win the men’s hockey gold medal.

This time, I won’t be watching. I don’t care if Patrick Chan sets another world record in figure skating or Canada plays Russia for the gold medal in a game that goes to overtime. I won’t be watching my Winter X-Games favourites, slopestyle and halfpipe, or the curlers from my hometown battle for gold.

While the Olympics are supposed to be about coming together, the spirit of unity, and a celebration of sport and national pride, none of that is on display in Sochi. The Russian government, Sochi Olympic organizing committee and the International Olympic Committee have created an Olympic games that does none of that and I want no part of these Olympics.

END_OF_DOCUMENT_TOKEN_TO_BE_REPLACED 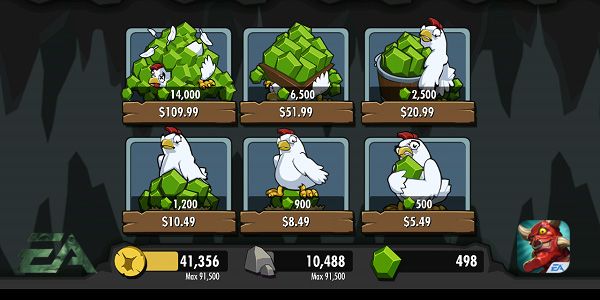 The big story in the games news world right now is EA’s mobile release of Dungeon Keeper. The original Dungeon Keeper was released in 1997 and was an instant cult hit. Gamers loved it and game designers were influenced by it. Even today, Dungeon Keeper is often among the top sellers on GOG.com.

The mobile version of Dungeon Keeper pretends to pay homage to the cult classic and instead bastardizes it with the worst free-to-play microtransactions system that many people have seen. While we’re used to free-to-play cash grabs, this might be the most blatant attempt to stop gameplay at every possible turn to squeeze the player for more money.

I don’t think, however, that the problems with Dungeon Keeper Mobile aren’t a result of the free-to-play model. If you go looking for free-to-play games, not all of them are blatant cash grabs. However, when you look at it more closely, you find that so-called games designed to print are really a mobile gaming problem.

END_OF_DOCUMENT_TOKEN_TO_BE_REPLACED

It’s been six months since Steam introduced their Trading Cards. When they first launched, I was utterly confused as to why anyone would be interested in virtual trading cards that had no purpose and no value. It just seemed like a way for Valve to make some money that no one would buy into.

However, having just completed the Steam Holiday Sale, it’s readily apparent that Valve has hit a home run with the Trading Cards. It’s not just the transaction fees that are making Valve money. The spin-off effect from Trading Cards does just as much to make Steam even more profitable.

END_OF_DOCUMENT_TOKEN_TO_BE_REPLACED

After seven weeks, our list of the seven best games of the seventh generation of video game consoles comes to a close. While many, many great games aren’t making such a short list of great games, I think that this game won’t get too much of an argument for making it over other deserving

When a game picks up scads of awards, everyone takes notice. But how good is a company that can make multiple games, ship them in a bundle and garner accolades and win awards for each of them? That’s exactly what Valve did when they put Half-Life 2, HL2: Episodes 1 & 2, Team Fortress 2 and Portal into one award-winning package called The Orange Box.

END_OF_DOCUMENT_TOKEN_TO_BE_REPLACED

While everyone was looking ahead with (justified) excitement to the launch of Sony and Microsoft’s next-generation consoles, they might have missed out on an absolutely fantastic year in gaming. While nothing world-changing has come out on the Xbox One or PlayStation 4 so far, their predecessors had a fantastic year with some amazing games released over the last twelve months.

Since the end of the year is upon us, I think it’s only appropriate that I get in on the listing action and give you my list of my favourite games of 2013. They may not be the best games of 2013 but that doesn’t mean that I didn’t love playing them.
END_OF_DOCUMENT_TOKEN_TO_BE_REPLACED

I don’t think that I could do a list of the seven best games of the seventh console generation without including one game from this year. While a lot of our attention this year has been on the Xbox One and PlayStation 4, 2013 has been a spectacular year for games. Any one of a few games are more than worthy of inclusion on this list.

From the class of 2013, the best swansong for the now last generation of consoles has to be Grand Theft Auto V.

END_OF_DOCUMENT_TOKEN_TO_BE_REPLACED

There are few series in gaming that are as iconic and as loved as Nintendo’s Super Mario series. Despite the fact that Mario has been around for over 30 years, Nintendo has this way of reinventing Mario and the Super Mario series with each new console generation. The result is games that bring new gamers into Nintendo and Mario while still giving fans who have played Mario games for their whole lives something to love.

For the industry shaking Wii console, Nintendo took Mario to the one place he’d never been before: The final frontier. Not only did Mario’s first adventure in outer space prove to be a smash hit, at release, it was considered one of the best Wii and platformer games of all-time.

END_OF_DOCUMENT_TOKEN_TO_BE_REPLACED

Last week, when talking about Skyrim, I mentioned that a number of games outside the RPG genre incorporated elements of RPGs into their games. These included things like skill points, customization, inventory systems, questing, deep stories, dialogue tree and more of the classic RPG tricks.

This week’s entry into the 7 Best may have started life as being a bit more of an RPG than a third-person shooter but evolved into a third-person shooter that retained the strong influence of RPGs. Of course, if I boiled down the Mass Effect Trilogy to a series of gameplay mechanics and the evolution of the mechanics, I’d be missing the whole point of the franchise. Mass Effect’s strong suit and its claim to fame is the story.

END_OF_DOCUMENT_TOKEN_TO_BE_REPLACED

If there’s one genre of games that seemed to take of the last generation of consoles, it was the role-playing game. The RPG genre has been around for almost as long as video games thanks to the popularity of the pen-and-paper RPGs, like Dungeons and Dragons. It was really this generation that saw the proliferation of RPGs and the incorporation of RPG elements into a number of games in other genres.

At the top of the class in this generation is The Elder Scrolls V: Skyrim. The fifth entry into Bethesda’s hit action RPG series re-set the bar for Western RPGs thanks to gorgeous graphics, a spectacular soundtrack and seemingly limitless gameplay throughout the open world of Skyrim.