Do you love video games and supporting small developers? The latest Indie Gala sale allows you to do both. While that’s not unusual for Indie Gala sales, what is unusual is the different way that you can support indie developer and the Vancouver gaming scene in particular.

END_OF_DOCUMENT_TOKEN_TO_BE_REPLACED 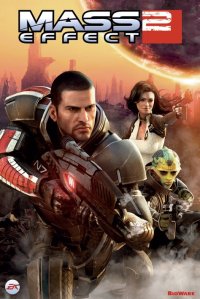 My hard drive failure forced reprogression through the Mass Effect trilogy brings me to Mass Effect 2. After the launch of Mass Effect, BioWare was bought by EA, who were recently named the worst company in America. The apparent influence of BioWare’s new corporate parent is readily apparent in changes made between Mass Effect and Mass Effect 2 (though we may never get the true story as to how much EA influenced the design of the game and how much of the changes were BioWare’s own choice). While Mass Effect could be described as an Action RPG, Mass Effect 2 edged toward Shooter RPG as many of the RPG elements from the first game underwent a complete overhaul.

Today, I review the second part of the Mass Effect trilogy with three year’s worth of hindsight and the accompanying DLCs. END_OF_DOCUMENT_TOKEN_TO_BE_REPLACED 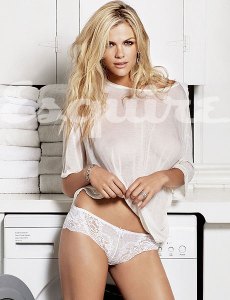 Appropriately for a big day in sports and a linkdump heavy on sports, here’s 2010 SI Swimsuit cover girl Brooklyn Decker.

The big story of the NHL All-Star weekend isn’t the new format with drafted teams but the big Guardian Project thing that the NHL is paying Stan Lee is doing. Okay, I’m being just a bit sarcastic there. Anyway, here’s the story behind the Guardian Project. (Puck Daddy)

Remember 2010 World Cup legend Paul the Octopus? Well, his aquarium has unveiled a new two-meter tall statue in his honour. (Off The Bench)

The biggest news in the sports blogosphere this week was the GQ profile of Deadspin editor AJ Daulerio and his work at Deadspin since taking over from Leitch. (GQ)

Tomorrow night is Spike TV’s annual Video Game Awards show. Since 2003, Spike has given the public the ability to vote for top their video games of the year. While it is often the target of criticism as it’s a glorified popularity contest, it is the starting point of the video game awards season. So let’s take a look at this year’s VGA nominees and take a stab at who should win the awards and who will win the awards. END_OF_DOCUMENT_TOKEN_TO_BE_REPLACED

We live in a world where when something happens, everybody knows about it almost instantly. The age of the internet, we’ve become a society that is constantly connected with every other place on earth and we demand information as it happens. And this is driving me insane. You just can’t get away from the barrage of news and reviews from around the world. The problem is, though, that the thought of turning TweetDeck off scares me because I might miss something that happens as the story develops. This internal contradiction of not caring about knowing but still needing to know is driving me insane. And today’s Humanoids column is all about those things that drive people insane. END_OF_DOCUMENT_TOKEN_TO_BE_REPLACED

Sadly, we’ve come to the end of the 2009 edition of the Electronic Entertainment Expo. That doesn’t mean that we were short of things to talk about. Even on the final day, announcements were being made and new details were coming out about recently unveiled games. END_OF_DOCUMENT_TOKEN_TO_BE_REPLACED