EA is changing things up with their approach to E3 in 2016. Not only will they not be on the show floor at the LA Convention Center but they’ve dropped their Monday afternoon press conference for a Sunday afternoon presser to make them the first company to make their E3 presentation. There will be a lot of pressure on them to put on a good show to start E3 off right. Fortunately for the twice Worst Company in the World, they have some big franchises with big sequels due for release this year.

END_OF_DOCUMENT_TOKEN_TO_BE_REPLACED

I’m not sure that EA is the evil empire anymore. Ubisoft has done a pretty good job over the last year or so of taking that role for themselves. So EA came into E3 with a pretty feel-good line-up of games to show and they did a pretty good job of making sure the hype train left the station. New announcements were few and far between but there was a teaser reveal for the new Mass Effect. That’s gotta count for something.

END_OF_DOCUMENT_TOKEN_TO_BE_REPLACED

While we’re all still digesting what went down at the Microsoft press conference (at least I assume something went down and I don’t have to completely overhaul this preview), we quickly move on to Electronic Arts conference. As you would expect from EA, they’ll have a lot of sequels and franchises on display. Still, they could have a surprise or two up their sleeve.

END_OF_DOCUMENT_TOKEN_TO_BE_REPLACED

In between Monday’s press conferences for Microsoft and Sony, the usual publishers got their work in. Electronic Arts, twice named the Worst Company in America, was the first to show off their new wares at E3. Actually, no, they didn’t show off much new. In fact, apart from some new trailers, I don’t think the word new should be used anywhere near this media briefing.

END_OF_DOCUMENT_TOKEN_TO_BE_REPLACED

Electronic Arts and the Collegiate Licencing Company have settled a multi-million dollar class action lawsuit over the use of the likenesses of NCAA Division I (and FBS) football and basketball players in EA Sports video games without compensation.

After agreeing to a settlement in principle back in September 2013, the three parties agreed to a settlement worth $40 million for the estimated up to 200,000 players who appeared in the EA Sports NCAA Football and NCAA Basketball / March Madness games since 2003.

END_OF_DOCUMENT_TOKEN_TO_BE_REPLACED 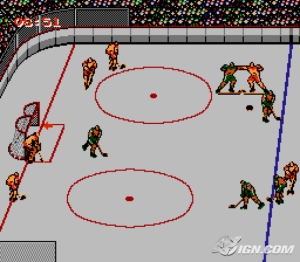 Growing up, I got an NES when I was about four or five years old. I had that console all the way until I was 11. Naturally, I logged a lot of hours on the dozen or so games that I did have for that system. Perhaps no game got put through its paces like Blades of Steel. I wasn’t the only one who did, though. Hockey fans all know about the classic game that had hitting everywhere, slap shots ricocheting off the boards and more than a few fights.

If you’re a child of the 90s, it might not have been Blades of Steel but there was certainly a classic sports game that was simple yet fun that you poured hours into. Football fans had Tecmo Super Bowl. Basketball fans spent their time on fire playing NBA Jam.

But look at the sports games released now. How many noteworthy sports game releases are what could be described as arcade-y? Not since 2010’s remake/updated NBA Jam released on the Wii have we had a new arcade-style sports game that wasn’t kart racer. It certainly seems as though a genre that has spawned quite a few cult hits is now all but dead.

END_OF_DOCUMENT_TOKEN_TO_BE_REPLACED

Today is that other football-related unofficial national holiday. The day after the Super Bowl is an unofficial holiday so people can deal with their hangovers. The day that the new edition of Madden hits the shelves is the other unofficial holiday so people can play all day and win the Super Bowl. But for all the realism that EA Sports is shoving into Madden 11, they’re still doing things that make the game still feel like a video game. END_OF_DOCUMENT_TOKEN_TO_BE_REPLACED

In an announcement that may shake the foundation of the video game industry, EA Sports announced the launch of a new video game franchise. This August, EA Sports will release the first ever CIS Football video game which will be developed, appropriately, by EA Canada out of Burnaby, British Columbia. END_OF_DOCUMENT_TOKEN_TO_BE_REPLACED 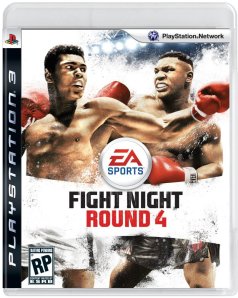 Fight Night Round 4 is one of the most anticipated games of the year. Some of the hype has to do with the fact that the graphics looks great. Some of it has to do with the fact that FNR3 was a great game in its own right. But I think that cover really put it over the top. The hype machine was running on all cylinders with the release of this game. Does this game live up to the hype and become a legend like some of the fighters in the game? Find out after the jump. END_OF_DOCUMENT_TOKEN_TO_BE_REPLACED

NCAA Football 10 is the 13th iteration of the critically acclaimed college football video game. This year’s edition is the third on the PS3 which I’m reviewing it on. The challenge with sports games like this is that, since it comes out every year, a lot of work has to go into it to keep it fresh. It’s easy to just sit back and only update the rosters and playbooks every season. Instead, EA Sports has gone big with this edition with two big new features and a major overhaul of another game mode. So do the changes make NCAA 10 the first must play college football game on PS3 or is it just another step in the right direction? Find out after the jump. END_OF_DOCUMENT_TOKEN_TO_BE_REPLACED