So if what we do on Fridays is what we call Fridays of Ice and Fire, then you could call Tuesday posts about Game of Thrones something like Tuesdays of Thrones.

Anyway, in an effort to boost sagging ratings, NBC borrowed the British charity fundraiser Red Nose Day to bring together some much needed star power to get people to watch the network. One of the skits for Red Nose Day was combining the forces of Coldplay and Game of Thrones to create Game of Thrones: The Musical.

Whether you like Coldplay or not, it’s a pretty good skit. A bunch of cast members show up and are pretty hard to recognize out of costume, including Mark Addy and Alfie Allen. It also has some random cameos including Addy (who is awesome in this), Charlotte Hope and Thomas Brodie-Sangster. And that doesn’t even mention narration by Liam Neeson. Sadly, no Team Dragonstone.

END_OF_DOCUMENT_TOKEN_TO_BE_REPLACED 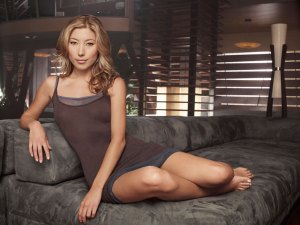 Since Eliza Dushku has been featured in an earlier edition of the weekend link-off, I thought I would let her Dollhouse costar Dichen Lachman headline this post. The season finale of Dollhouse airs next Friday at 9 pm on FOX (since the network decided not to air the 13th episode titled Epitaph One). While this show has little to no chance of returning next season, perhaps an uptick in viewers for the finale might help change FOX’s mind.

I know this is an “entertainment link-off”, but this first article is too good to pass up. A new Viagra rival is actually an ointment that can be rubbed onto the skin. [Insert ‘rubbing to turn something on’ joke here]. Apparently this product can lead to quicker hard-ons compared to Viagra. I guess this could generate some entertaining results. [Daily Telegraph]

After the break, Dollhouse, Chuck, some music news and the latest Transformers: Revenge of the Fallen trailer! END_OF_DOCUMENT_TOKEN_TO_BE_REPLACED