In the Man-Lab Showdown yesterday, we totally left out another star of the film, Rose Byrne. The Aussie actress is having one heck of a summer with the surprise hit Bridesmaids and now appearing as Moira MacTaggert in X-Men: The First Class. Given this weekend marks the release of the mutant franchise prequel, it would be appropriate to kick off the weekend entries with the ladies from the film. Speaking of which, X-Men: The First Class is a refreshing, engaging entry to the X-Men films, so check it out in theatres when you get the chance.

After the jump, some Transformers related news, NBC isn’t exactly making improvements to their TV lineup, you can buy Duff beer, Leonard Nimoy is having a lazy day, Old Spice Guy is Luke Cage and nice guys finish last. END_OF_DOCUMENT_TOKEN_TO_BE_REPLACED 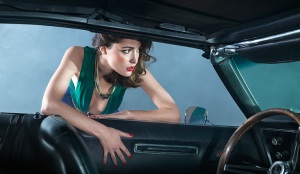 This weekend at the box office it’s priests vs. vampires or a fun raunchy comedy featuring bridesmaids. While the former is garnering negative reviews, the latter flick is getting rave reviews across the board. Rose Byrne struts her comedic chops once again in the Judd Apatow produced comedy, so it might be worth checking out Bridesmaids at the theatres after all.

After the jump, NBC doesn’t like Wonder Woman, Two and A Half Men lives on, Gandalf in 3D, minor tidbits on the latest How I Met Your Mother, Scrabble added some non-words into their dictionary and Michael Bolton is a cinephile! END_OF_DOCUMENT_TOKEN_TO_BE_REPLACED 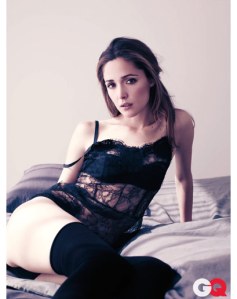 It’s amazing how time flies. We’ve hit the first weekend of June! That means we’re smack in the middle of the summer blockbuster season and this weekend’s big feature is the Forgetting Sarah Marshall spinoff Get Him to the Greek. Rose Byrne is among the cast of the film, so let’s kick this off with her latest shoot with GQ.

After the jump some Marvel concept arts, new trailer and TV spot for Scott Pilgrim vs. the World, Scarlett Johansson screwed over Esquire, Andy Richter shot Jon Stewart, a look into auditioning for Transformers 3 and Kristen Bell took part in the lost masterpiece of pornography. END_OF_DOCUMENT_TOKEN_TO_BE_REPLACED