Anyway, it’s Wednesday so it’s time for the links. Let’s kick off with Jessica Simpson. Remember her?

It took a while but former US Attorney General Eric Holder is finally glad that Edward Snowden revealed America’s surveillance state issues to the world. (CNN)

Hilary’s emails could really sink her campaign, especially with her tendency to lie about it. (PolitiFact)

Facebook is so powerful that Mark Zuckerberg has been likened to being a dictator. I’m not sure everyone would call him a benevolent dictator. (Fortune)

END_OF_DOCUMENT_TOKEN_TO_BE_REPLACED 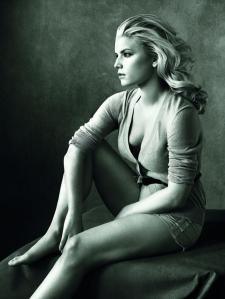 Maybe Jessica Simpson should consider getting in the middle of a serious scandal because she has nothing else going for her… Besides the obvious.

In a sign that there is a God, Blake Lively is considering posing for Playboy. The only thing is that Hef has to cough up more money than ever before (WWTDD) I think it would be worth it.

For all the complaints about NBC’s Olympic coverage, there have been good moments. Okay, it’s limited to Stephen Colbert mocking them. (Gawker TV)

Spike TV just optioned a pilot about a sex addicted caddy whose misadventures affect the golfer who hired him. The caddy’s name is Tiger. Have I heard this somewhere before? (Sportress of Blogitude)

After the jump, London, ON, mentioned on a major blog, more Olympic stuff, and Gary Coleman lays down the law. END_OF_DOCUMENT_TOKEN_TO_BE_REPLACED

Good news for guys: Jessica Simpson is single! Good news for Dallas Cowboys fans: Tony Romo is single! Maybe this means there’s a Super Bowl in the cards for us. Wishful thinking, I know.

A New Zealander who is trying to get to the 2012 Olympics is opening a brothel to fund his journey. (BBC)

A writer for the Dayton Daily News tries to make a porn-related joke at the expense of America’s sideline princess, Erin Andrews. If you click the link, it didn’t take long for someone to change it to avoid the wrath of the internet. (The Big Lead)

Milwaukee’s most up-scale and historic hotel just happens to be so haunted that many pro baseball players are terrified of it. (MSNBC)