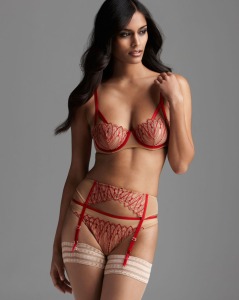 I may have mentioned it before but the hardest part about these linkdumps is writing the intro. I’m never entirely sure what to say. Do I comment about the links to follow? Do I talk about the goings on of the last week? Do I talk about my personal life? I’m never quite sure. I do know that for the second straight Tuesday, snow was falling outside my window as I wrote this post. It’s just lovely April weather.

Why are things in Ukraine not getting any better? Because the Russians are trying to destabilize things to take control of the country while blaming the Ukrainian government and its allies for causing the trouble that Russia themselves are causing. (New York Times)

Have you ever wanted an inside look into the live of the paparazzi? Okay, probably not. But I still found this profile of one Hollywood pap interesting. (Rolling Stone)

END_OF_DOCUMENT_TOKEN_TO_BE_REPLACED

Tomorrow is the start of Canadian Gaming Week on The Lowdown Blog. We’ve got some reviews, columns and other features on Canadian games and the people who make them. I’m hoping that it’ll be a lot of fun and that we can do something like this again.

Anyway, it’s Sunday so it’s time for the end of the week links. For the third straight week, the Sunday links feature a star of Mad Men. This week, it’s Alison Brie.

For people trying to keep up with the news story of the Boston bombing, there was a massive problem. Some media organizations consistently kept screwing up the story by trying to be first rather than trying to be right. CNN might have been the worst. (BuzzFeed)

On the print side, the New York Post was consistently wrong. If there was a fact in this case, the Post got it wrong. (Capital New York)

And then the Post slandered a couple of high-school runners by claiming they were the bombers. Just a bit wrong there. (Gawker)

END_OF_DOCUMENT_TOKEN_TO_BE_REPLACED 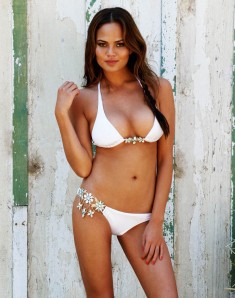 If it’s the middle of the week, it must be time for some links. Let’s start today’s post with Chrissy Teigen.

Filing tax returns is probably everyone’s least favourite activity. Even less so than going to the dentist. Naturally, TurboTax, a company that profits from allowing people to do their own tax returns, doesn’t want filing your taxes to be any easier. They even lobbied to keep from getting tax filing any easier. (ProPublica)

Meanwhile, Samsung has gotten to the top spot in the smartphone market through more legitimate means. (Businessweek)

There might be some political career threatening rumours over Marco Rubio’s head. The only problem is that some outlets aren’t willing to say what the rumours are because they probably aren’t true. That begs the question: Why are you mentioning that these rumours exist if you know they aren’t true. (Gawker)