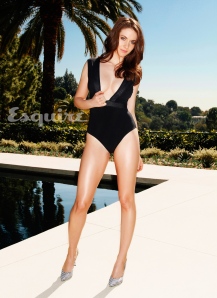 Tomorrow is the start of Canadian Gaming Week on The Lowdown Blog. We’ve got some reviews, columns and other features on Canadian games and the people who make them. I’m hoping that it’ll be a lot of fun and that we can do something like this again.

Anyway, it’s Sunday so it’s time for the end of the week links. For the third straight week, the Sunday links feature a star of Mad Men. This week, it’s Alison Brie.

For people trying to keep up with the news story of the Boston bombing, there was a massive problem. Some media organizations consistently kept screwing up the story by trying to be first rather than trying to be right. CNN might have been the worst. (BuzzFeed)

On the print side, the New York Post was consistently wrong. If there was a fact in this case, the Post got it wrong. (Capital New York)

And then the Post slandered a couple of high-school runners by claiming they were the bombers. Just a bit wrong there. (Gawker)

Joe Berti had a rough week. First, he crosses the finish line moments before the bombs at the Boston Marathon detonated. Then, he was driving past West, Texas, when the fertilizer plant exploded. (Associated Press)

The US Senate got away with… Well, I won’t finish that saying because gun nuts might not see the humour in the phrase and you wouldn’t want to piss them off. They have guns, after all. Anyway, amidst what was happening in Boston and West, they quietly rejected an expansion to background checks on gun purchases to include purchases online and at gun shows despite 90% of Americans being in favour. That’s because the Senators opposed are in the pockets of the gun lobby. (The Guardian)

The US prison at Guantanamo Bay was supposed to be closed by the Obama administration but it’s still open. To protest their treatment, prisoners are staging a mass hunger strike. (New York Times)

Spelman College has withdrawn from NCAA sanctioned athletics. The millions of dollars that they put into their athletic programs has been put back into student activities. This could be the start of a pattern for smaller colleges. (SB Nation)

Jose Canseco did a Reddit AMA. It was hilarious and disastrous at the same time. (Big League Stew)

So it’s not just me that thinks this. Without Dan Harmon, Community has gone down in quality this season. (Pajiba)

Despite Community’s declining quality and ratings, it’s entirely possible that it will get renewed because network TV viewership is steadily dropping. (The AV Club)

Speaking of the death of network TV, NBC’s Today Show is still suffering after the whole Ann Curry debacle and shows no signs of recovery. (New York Times)

Mark Ruffalo was introduced to the Science Bros meme that started as a result of The Avengers. He loves it. (Gamma Squad)

Have I mentioned how much I liked Hotline Miami? The over-the-top violence works in a video game. In real life, it gets some odd reactions.

Our friends from Paramount sent us along this video hyping the upcoming Star Trek: The Video Game. The music, voice acting and sound are shaping up to be pretty good. By the way, we’re planning to review this game so keep your eyes peeled for it.