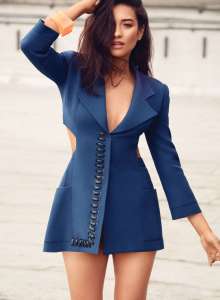 We’re nearing the end of the chase for the Democratic and Republican Presidential nominations. It’s funny how negative that the two nomination campaigns have been and there’s still an actual election still to come for both parties to contest. How much more contentious can this get?

Anyway, it’s Sunday which means that we have to do the links. Let’s kick off with Canadian actress Shay Mitchell.

“It’s just an oligarchy, with unlimited political bribery being the essence of getting the nominations for president or to elect the president.” – President Jimmy Carter (The Antimedia)

Tuesday’s New York primary is the make or break for all the frontrunners. (MacLean’s)

In the ongoing battle of Tax Returns vs. Wall Street Speeches, Bernie Sanders released his tax return showing a combined income of $205,000. Hilary made $10.5 million from speaking engagements. (USA Today)

And speaking of those speeches, could they spell an end to Hilary’s candidacy if they’re released? (Huffington Post)

The FBI needed outside help to crack an iPhone’s encryption. The RCMP has had BlackBerry’s encryption key for six years. (Vice)

China’s 1% are coming to Canada. Anyone else see the potential for a reality show? (New York Times)

Just when Hulk Hogan thought he could move on with life, the audio of him saying the N-word in his sex tape(s) has surfaced. Winning a lawsuit doesn’t erase that. (Death and Taxes)

Remember the affluenza kid? He’s facing up to two years in jail. Not much of a defense, was it? (CBS News)

David’s Tea is the latest craze in my hometown. Tea drinkers are keeping it afloat in a high-traffic (and presumably high-rent) part of the mall. Would they be so willing to support the store is they knew how they treated their workers’ schedules. (Toronto Star)