Ever been the victim of the proverbial Turkey Dump? I haven’t. I’m the one that’s always doing the turkey dumping. Yes, I realize that can mean more than one thing depending on how you read it. In today’s Humanoids column, I do a turkey dump of seven dumpees that have had it coming for a long time. Of course, this is going to catch most of them off guard because they’re mostly American but it was just Thanksgiving in Canada so that’s all that matters to me. 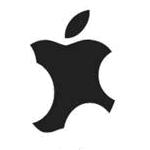 Apple
Just when I thought that Apple was the embodiment of hipsterism, they go and get a patent approved for some new content blocking software for the iPhone. Now, iPhones can have an administrator sent up a text content filter to remove objectionable content. The example that Apple likes to use is that emails can be required to contain a certain number of Spanish words if a user is learning Spanish. However, the reality is that it’s the anti-sexting app. Now, with Brett Favre’s old dongslinger in the news, I could understand if your initial reaction is “And your problem with banning Favre-ian messages is?” But those folks obviously haven’t seen the Chuck season premiere where sexting played a pivotal role in the plot. When you have Yvonne Strahovski sending sexts, there’s nothing wrong with it. I know it’s a double standard I’m promoting here but think about it. There’s some sexts that should never see the light of day (see: slinger, dong) but they aren’t all bad. So, Apple, let the kids have their fun. And women should feel free to sext me. Just putting that out there. No? Oh well…

Chilean Miners
So much for having to wait until Christmas. After a couple of months underground, the 33 miners trapped in Chile were rescued earlier this week. It seemed like every mine rescue expert and their mother chipped in time and resources to getting them out ASAP. They didn’t quite make it out for that one Chilean holiday but they got out for Christmas so at least there’s that. The real story on Wednesday wasn’t the rescue or the speed with which the miners were reached but the story of miner #21 Yonni Barrios. You see, Yonni has been married for the last 28 years but has been having an affair for the last five to ten years. According to a story in the New York Post, neither woman knew about the other. Folks on the interweb were hoping for a Jerry Springer-esque showdown when Barrios reached the surface but it turned out that only his wife was waiting for him topside. And even then, there was a glimmer of hope that she would slap him or kick him in the groin (Linda McMahon style) but it was all smiles and crying and hugs and kisses when they reunited. I know that this saga has provided all sorts of memorable moments but it’s just too bad we didn’t get that one YouTube moment that would live on for all-time.

Miami Heat
We’re still a week-and-a-half away from the start of the new NBA season and we’re down to one king. During the pre-season, we’ve seen D-Wade and LeBron leave meaningless games with injuries. So the Heat are left Chris Bosh, Mario Chalmers and a bunch of guys that no one but the most diehard basketball fans have heard of. So all those predictions of championships and 72+ win seasons may be a bit premature. After all, when a team is three guys (and most people agree that one of those guys is good but not franchise player good), losing even one can be devastating for their chances. Now, they’re down to the not so much of a franchise player in Bosh. Sure, LeBron should be ready to go by the regular season but that won’t make things that much better. After all, as Dan LeBatard said, LeBron may be the best player in the league but he may not be the best player on his team. And hopefully that is true. The injuries to two of the three kings is what the Buddhists call “karma.” And, fortunately for everyone outside the 5,000 or so true Heat fans, karma is a real bitch.

Toronto Maple Leafs
Speaking of folks that could have been contenders… Okay, the Leafs are 3-0 and (as of writing) are only one of seven teams in the league that are undefeated at this point. Those other six teams are Tampa, Carolina, St. Louis, Nashville, Edmonton and Dallas. What do our seven perfect teams have in common so far? It’s that none of them are serious contenders for the Stanley Cup and are marginal contenders for the playoffs at best. So while the city of Toronto is printing tickets to the Stanley Cup finals and planning a parade route for June, the other six cities are thinking that they can sell some more tickets while their teams are hot. And that’s the difference between Toronto fans and other hockey fans. Fans of the other 29 teams are happy with a hot start and hope it translates into season-long success. Toronto fans assume that a hot start kicks off a coronation. They all assume that their Leafs are a Cup contender even if they’re destined to send the 2nd overall pick to a division rival. So while the Leafs look good quality to make the playoffs now, we have to remember one thing: It’s the Leafs. The magic number will grow to 44. Can’t argue that.

Favre-maggedon
Yes, we’re back to this again. But there’s a good reason. This Sunday will be the end of someone in the Dallas Cowboys/Minnesota Vikings game. If Minnesota wins, then Dallas coach Wade Phillips will go down in flames as his Super Bowl champions-elect sputter to a 1-4 start. If Dallas wins, Brett Favre either gets suspended for sexually harassing Jenn Sterger (and allegedly other) New York Jets employees or he puts himself on the injured reserve list with “elbow tendonitis.” Either way, someone’s season (and maybe even their career) comes to an end on Sunday. This really is Favre-maggedon. It’s the end of someone as we know it. Even as a Cowboys fan, I feel fine about that. If Wade goes, I’m happy. If Favre goes, we’re all happy. Even though football is a zero-sum game (more or less), everyone will win regardless of the outcome on Sunday. By the way, we shall no longer refer to it as “sexting” but as “textual intercourse.”

Turkey Dumps
Not shockingly if you ask my cohorts on Team Lowdown, I had no idea what a “turkey dump” was until this week. It’s not because I was dumped but because we saw two celebrity marriages end over the course of the Canadian Thanksgiving weekend. Okay, I guess because Courtney Cox and Christina Aguilera are American, these wouldn’t technically be turkey dumps. Not that we should be surprised that we have celebrity breakups. If the divorce race is 50% among the general population, I’d be shocked if it was under 75% for “Hollywood power couples.” I think I can understand why these happened. Aguilera has been married for five years and really hasn’t made an impact in that time span. You can’t trade on sex appeal if you’re married, nobody buys the act. Look at Britney Spears popularity pre- and post-FedEx if you need proof. As for Cox, it’s pretty obvious what happened. David Arquette used to be a contender. Hell, he was a WCW World Heavyweight Champion but hasn’t come close to the title again since then. Who wants to be connected with a bum like Arquette. He could have been a contender…

Gran Turismo 5
Speaking of turkey dumps, I feel as though Sony Computer Entertainment is trying to dump me. They get the licence to produce F1 games but did one for the PS3 in 2006 and nothing since. Fast-forwarding to something more recent, LittleBigPlanet 2, one of more than a few games that I was looking forward to this fall, was bumped back to January 2011. There it shall eat into my wallet with Dead Space 2. Now comes word that Gran Turismo 5 is being delayed to sometime during the holiday season. Hopefully that means it’s out by Christmas but a good lineup of games are already pushed back into 2011 so there’s no real incentive to push it out by December 25th. Over the next couple months, we get EA Sports MMA, Star Wars: The Force Unleashed 2, Assassin’s Creed: Brotherhood, Need For Speed: Hot Pursuit and the new Call of Duty. Not a bad lineup of games but only The Force Unleashed really interests me and I’d rather GT5 than NFS. Not a good draw if you’re a game like me. Looks like I’ll have to hope Polyphony comes through on their Christmas promise to fill my holiday downtime.

One thought on “The Humanoids: Turkey Dump”