There are a lot of funny and terrifying economic stories in today’s links. The price of oil has tanked. The TPP is probably bad for you. Basically, unless you’re in oil, it looks like the economy is only going to benefit the rich. Those income inequality charts are just going to keep getting worse.

Anyway, it’s Wednesday so you know what that means. Let’s kick off with Hayden Panettiere who certainly doesn’t look like she did on Heroes.

Bernie Sanders might be onto something when he says that big pharma should be to blame for the opioid problem in America. (Vox)

With the falling price of oil, a barrel costs more than the oil that goes in it. (The Independent)

NYT has a look at how El Chapo was captured by Mexican authorities. (New York Times)

END_OF_DOCUMENT_TOKEN_TO_BE_REPLACED 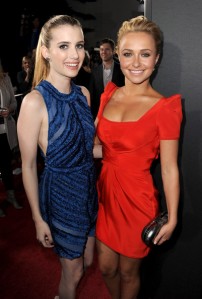 After taking last week off, I’m back with another Entertainment Link-Off. So it’s been many years in the making but Scream 4 is finally in theatres. While not exactly the best of the series, it is much better than the third film of the franchise. Plus, gotta love the excess of eye candy in this right? Kicking off this entry is Emma Roberts and Hayden Panettiere at the Scream 4 premiere.

For the return of the WLO, nobody expected me to lead with Hayden Panettiere.

A collection of the 20 greatest Monty Python sketches of all time. It’s definitely not an ex-list. (GNews)

If you thought that KFC’s Double Down was the worst thing in the world that you could eat, you find out that it’s not so bad. Crunch the numbers and its not that bad. (FiveThirtyEight)

Ex-Globe and Mail columnist Bill Houston is a bitter old man. He doesn’t really understand this whole blogging thing. Especially the part where people are upset that he would bash a reporter for using an anonymous source when he’s pulled the same trick before. Things kinda escalated from there with hilarious consequences. (Pension Plan Puppets)

You’re stuck with me again today. To make up for it, here are Vanessa Hudgens and Hayden Panettiere. Why am I suddenly thinking of that new Britney Spears song?

Apparently those giveaways that they hold in the Rogers Centre are all fake. (Deadspin)

ESPN has released the names of some athletes in “The Body Issue.” Highlights include Jessica Mendoza, Claire Bevilacqua, and Gina Carano. (USA Today) 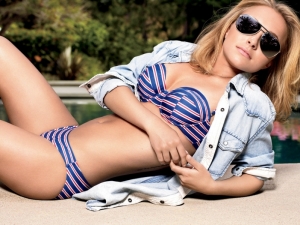 Hayden Panettiere has a new movie coming out this weekend. More importantly, she is in the August issue of Details Magazine.

Rampage wasn’t howling last night at UFC 100. Mostly because he wasn’t on the card. But he was doing some pretty unique promotional work with an interviewer. Videos like this one are the reason the internet was invented. (CagePotato)

As a follow up to this, SI interviewed the poor interviewer from the Rampage interviewer. No surprise when she says it was her most bizarre interview ever. (Sports Illustrated)

Fellow Soo native Tyler Kennedy and Pittsburgh Penguins teammate Kris Letang tried their hand at doing the weather on TV. They should probably stick to their day job. (PSAMP)

After the jump, New Yorkers playing dodge branch, the CIS in a video game, and Canada’s biggest viral video. END_OF_DOCUMENT_TOKEN_TO_BE_REPLACED