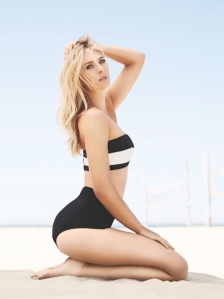 It’s the middle of the week which means that it’s time for some links. Are you ready for life without Google Reader? Because starting next Wednesday, the linkdump might be in some trouble while I figure out how to do RSS without Google Reader. In the meantime, normal programming continues. Since Wimbledon is this week, let’s kick off this post with Maria Sharapova.

Ezra Klien and Evan Soltas have an interesting theory about NSA whistleblower Edward Snowden. He doesn’t exist and is actually an NSA creation to distract the press from digging into PRISM. (Wonkblog)

David Gregory thinks Glenn Greenwald should be charged with aiding and abetting Snowden because DG has no respect for journalism. (Freedom of the Press Foundation)

Yesterday, the US Supreme Court axed a key part of the Voter Rights Act. That’s going to allow some serious skewing of electoral districts and may disinfranchise minorities. (The Guardian)

Was the New York Times covering for Anthony Weiner when their story about the women he sexted was pulled from their website? (BuzzFeed)

As I mentioned off the top that Google Reader is officially dead as of July 1st. However, everyone else is getting into the RSS reader game. So why is Google getting out now? (GigaOM)

The Iron Sheik might come off as a lively sort of fellow in most of his interviews but life isn’t always so grand for the former World Heavyweight Champion. (Yahoo Sports)

The coverage of the murder investigation surrounding Aaron Hernandez shows a media that’s rushing to judgement. (The New Yorker)

Monday’s Stanley Cup presentation was awkward but it isn’t the most awkward one of the past twenty years of Gary Bettman’s trophy presentations. (McIndoe)

Perhaps the best thing about the Stanley Cup Final is the crowd. Here are all of the goals from the six games of the final with only crowd noise. (Deadspin)

Nobody does NHL hockey better than the CBC. That’s a fact.

And here’s the two minutes in a Chicago bar between just before the game tying goal and the Cup winning goal.