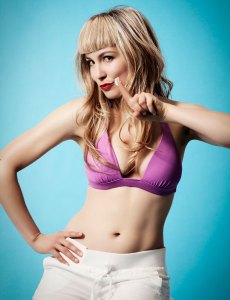 Almost conveniently since I mentioned her in yesterday’s ELO, here’s Sarah Carter. I think she needs to find a new hair stylist and Esquire needs to find someone better to run their photoshoots.

In other basketball news, who would have figured that Ron Artest would have dropped his therapist? He must have. Why else would he be changing his name to Metta World Peace. (Deadspin)

Washington Nationals manager Jim Riggleman resigned after bringing the team back up to 0.500 because he didn’t get a contract extension. Don’t worry though. He didn’t take losing his job too hard. (Washington Post)

After the jump, if you smell what The Rock is cooking, the games of summer and Peyton and Eli’s lockout job. END_OF_DOCUMENT_TOKEN_TO_BE_REPLACED