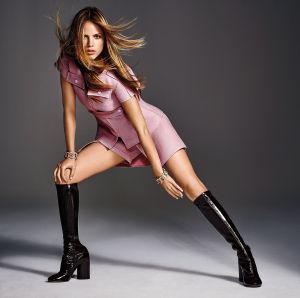 It’s Halloween! Go out and put on your favourite costume and go Trick or Treatin’! Anyway, it is also a Saturday, so it’s time for another edition of the ELO! Fittingly enough, in cinemas this weekend is a b-horror flick to check out called Scout’s Guide to the Zombie Apocalypse. Reviews have been less than flattering but it does have Halston Sage in it! Good excuse to go see it.

After the jump, Star Wars is not yet approved in China, Guillermo del Toro is not giving up on Pacific Rim 2, human characters will always be interfering with future Transformers flicks, the emotions from Inside Out react to Star Wars and allow Stephen Colbert to predict what will happen in the galaxy far far away.

Mark Ruffalo describes Thor: Ragnarok as a buddy movie and expects to have a throwdown with the titular thunder god. (NY Daily News)

Disney really wants to milk the Chinese market but China has not approved the next Star Wars flick for release yet! (The Wrap)

Guillermo del Toro is simply awesome! Pacific Rim 2 might be on hold, but since del Toro does not give up, a new draft has been submitted to the studio. Let’s hope for that green light! (Slashfilm)

Were you hoping to get rid of the pesky humans from the Transformers flicks? Well it ain’t gonna happen in future films. (IGN)

Bad news Alien fans, looks like Neil Blomkamp’s treatment will be placed on hold indefinitely thanks to Ridley Scott. (Slashfilm)

The Walking Dead will remain undead for the foreseeable future as it just got renewed for season 7! (Screen Rant)

Ash vs Evil Dead may not have premiered yet but hey, let’s renew it for season 2 anyway! (Deadline)

A certain Flash villain only showed up for 30 seconds, but it was glorious and fans are rejoicing! (Comic Book Resources)

Watch the emotions from Inside Out react to the trailer for Star Wars Episode VII: The Force Awakens.

Speaking of Inside Out, here’s the honest trailer for it!

Stephen Colbert didn’t go into too much detail but he made an interesting guess as to what the next Star Wars flick is all about.