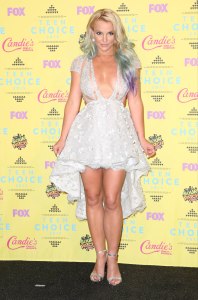 You know, Freedom of Speech might be the one concept that seems so simple that everyone should understand but few actually comprehend. Freedom of Speech doesn’t mean that people can’t tell you to shut up for being an idiot. That means the government can’t arrest you for saying things they don’t agree with. This distinction will play into some of today’s links.

Anyway, it’s Wednesday so it’s time for the links. Let’s kick things off with the return of Britney Spears.

Inside the shady world of for-pay Wikipedia editing. (The Atlantic)

The battle over free speech continues but few really seem to understand what free speech and the First Amendment actually mean. (The New Yorker)

The Ashley Madison hackers just released all of their data in a 10 GB data dump. Things are about to get very interesting for a fair number of people. (Wired)

Get ready to argue with your friends and family about Donald Trump’s candidacy. Here’s how to do it. (The Fix)

A study of hedge funds show generally passive management and that active changing of investments in the fund usually results in worse returns. (Gawker)

We’re two-and-a-half weeks away from Stephen Colbert debuting as the new host of The Late Show. Expect to see quite a few profiles over the next few weeks. (GQ)

With Disney looking for more money out of ESPN and cuts coming at the Mothership, could ESPN-affiliated sites Grantland, FiveThirtyEight and Undefeated get the short end of the sticks. (The Big Lead)

Fox Sports 1 (and 2) are two years old this week. Is FS1 any closer to toppling any part of ESPN’s dominance? (The Big Lead)

OSW Review is back with part four of their five-part WrestleMania X-7 arc. This time, it’s the Simulcast Raw that was the go-home show for WM17.