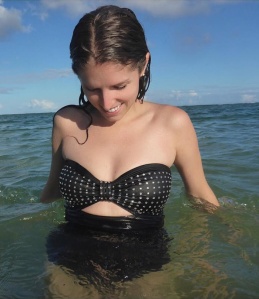 I told you that there would be an election call in Canada on Sunday and here we are. The Prime Minister has called an election that will have a campaign period of over double the standard length. We have some links that go into that problem and other issues.

Anyway, it’s time for us to do the very political links. Let’s kick things off with Anna Kendrick in Hawaii from her Instagram. As if you needed another reason to go there.

So the longest federal election campaign in history kicked off on Sunday. How do we have a long campaign, you might wonder? Well, the Prime Minister has timed things to his advantage using his fixed election date law. (The Globe and Mail)

The economics of failure have failed. It’s time for someone new to save the day. (CBC News)

The plan of attack for Republican Presidential candidates isn’t to go after Trump but get people to just not look at him. (New York Times)

The Donald’s big economic plan is to bring manufacturing jobs back to America. The problem is that it probably won’t work and his whole plan sinks on that one issue. (Washington PostEverything)

Gawker’s General Counsel talks about the Hulk Hogan lawsuit and why they posted the excerpt from the Hogan sex tape in the first place. (Fortune)

David Shoemaker has an epic look at the career and influence of Rowdy Roddy Piper. (The Masked Man)

The world of online YouTube/Vine/etc. stars and millionaires isn’t as all sunshine and lollipops as it appears on the outside. Many of Vine’s biggest stars are embroiled in various underage sex scandals. (Washington Post)

Rolling Stone seems to be falling apart. The restructuring is tearing the magazine apart when they’re in the middle of a battle over the University of Virginia story. (The Hollywood Reporter)

Speaking of media entities in trouble, MSNBC is also trying to rejuvenate itself in the face of falling ratings and a louder right-wing media. (The Wrap)

I may not be fluent in text messaging shorthand but I am fairly good at the new form of online communication: GIFs. (New York Times)