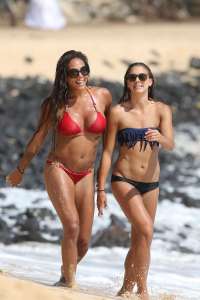 Okay, so it’s not July 4th anymore but I think it’s close enough that I’m allowed to reference that American holiday today. It’s so cool that you Yanks would name the day your country was created by naming it after a Will Smith move. That reminds me that they’re making a sequel to Independence Day. Nothing like ruining a franchise with sequels it doesn’t need.

Anyway, it’s Sunday so it’s time for us to do the links. Let’s do something special for America Day and the end of the Women’s World Cup with the American soccer duo of Sydney Leroux and Alex Morgan.

Ahead of today’s referendum, Greece’s economy is on the verge of a complete collapse. (The Guardian)

President Obama is working on a big clemency plan to commute the sentences of non-violent drug offenders. I believe it’s called correcting the mistakes of the past. (New York Times)

The Conservative Government will tell you all about the great things they’ve done for the economy but it’s probably not good to be touting that in the middle of a recession. (Huffington Post)

We’ve been talking about the Trans-Pacific Partnership from the American perspective but many more countries are involved. An Australian parliamentary committee has found a lot of fault with the secretive negotiation process behind the TPP. (CNET)

Bernie Sanders might come off as a radical candidate from outside the political mainstream but he’s the candidate that’s most likely to have mainstream views. (The American Prospect)

Donald Trump might be the deciding factor in the upcoming Presidential election because of his impact on the GOP campaign. (Washington Post)

Here’s a question that I can see Trump and Sanders being on opposite sides of: Is bail unconstitutional? (Slate)

If you’re a regular Reddit user, you might have noticed a little ongoing chaos. Most of Reddit is in open revolt after the bosses fired one of the site’s most important people. (Wired)

The WWE had a winning act with the Rusev and Lana combination. Then they broke them apart when Lana got cheered so they turned her face. Naturally, with Vince McMahon being stuck in his ways about mandatory ways to book faces and heels, he screwed it all up and killed all her momentum. (Cageside Seats)

Who wants a proper academic article about wrestling? I’m serious. A proper law journal examines how the WWE is getting away with violating employment law. (Louisiana Law Review)

Who doesn’t love laughing at a good fail? Here is when taunting in sports goes wrong.