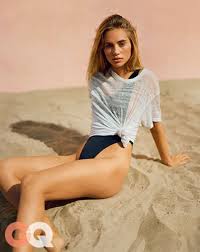 So the highly anticipated sequel to Divergent is finally out this weekend. Though it is apparently visually stunning, it looks like Insurgent is a rather dull entry to the apocalyptic YA franchise. Anyway, you can catch the newly single Suki Waterhouse in a small role in this film.

After the jump, a much simpler ending to Interstellar, watch the opening and closing scenes to films side by side, the people want Clarkson back on Top Gear, some awesome DLC characters added to Mortal Kombat X and catch a glimpse of a showdown between The Rock and Jason Statham.

Want a Tron lightcycle? It will set you back about $40k! (Engadget)

A nice little mash-up of the opening and closing scenes to 55 films presented side by side. (Vimeo)

Ever wonder why baby Groot didn’t want Drax seeing him dancing during the end sequence of Guardians of the Galaxy? James Gunn explains why. (Slashfilm)

Sad news Downton Abbey fans. The show will be looking to end after 6 seasons. (Collider)

Some casting news on the Flash/Arrow spinoff show. (Deadline)

I quite enjoyed the premiere of iZombie this week. Here’s an interview with executive producer Rob Thomas (Veronica Mars) as he talks about this new show and compares it to Warm Bodies more so than to The Walking Dead. (THR)

Sharknado 3 gets a release date and an awfully new ridiculous title. (IGN)

The BBC may have suspended Jeremy Clarkson after his kerfuffle with the show’s producer and are currently deciding his fate with the network, but the people have spoken. They want Clarkson reinstated at the network and back on the show. Heck, they used a tank to deliver the message. (Mashable)

Just a tease of the showdown between The Rock and Jason Statham in Furious 7.

Attack of the 8-bit video games! The trailer for Pixels look like it’s a lot of fun.

A fun game of catchphrase with Jim Parsons, Miles Teller and Wiz Khalifa.

After seeing this, doesn’t it make you wanna get the Kombat Pack for Mortal Kombat X?

Music recommendation #2. Against the Current has a new video for Paralyzed.