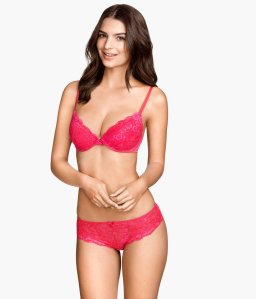 I bet nobody was expecting to wake up to a set of links about some unlikely to win the White House Republican nomination hopefuls, some exposes on sports media and the implosion of Brian Williams career. Sometimes, you get a really bad week for links. Sometimes, you get this week.

And it’s a good thing that I didn’t do an SI Swimsuit cover odds post this year because I would have been wrong. Hannah Davis was #5 on my list. Who was #1? Emily Ratajkowski.

Why are people anti-vaccine? Vox asked an anti-vax activist why he thinks vaccines are terrible. (Vox)

The news has become the news. NBC Nightly News anchor Brian Williams has admitted to lying about an alleged helicopter attack in Iraq. (The Hill)

It’s not just the Iraq story that’s falling apart from the Williams lie. His whole career is now being gone through with a fine-toothed comb. (TKTK)

Donald Trump may keep talking about political aspirations but don’t take them too seriously. Even most Republicans view him unfavourably. (The Fix)

Speaking of people running for President, Mike Huckabee was a progressive option for the GOP in 2008. Now, he’s swung far-right with everyone else. What happened in the last six years? (The Guardian)

Radio Shack used to be the go-to store for electronics. Now, it’s filed for bankruptcy. (Quartz)

I mentioned on Friday that the Brazilian economy was suffering from paying for the World Cup and Olympics only a few years apart. It’s a lot worse in Russia as the government is being put on the hook for costs private investors were supposed to pay. (National Post)

Sports Illustrated received heaps of praise for putting a “plus-size model” in their Swimsuit issue (despite putting the exact opposite on the cover). The problem is that they didn’t put her in the issue out of the goodness of their heart. SI was paid to put her in there. (Deadspin)

Bud thought it had a pair of winners at the Super Bowl. Sure, the lost puppy ad was amazing but people were less than enthused with Bud’s pot shots at craft beer. (Time)

Fifty Shades of Grey may be a box office smash but the two lead actors won’t like that news. They hate each other and aren’t particularly fond of the movie either. (Defamer)

Match says that people who use emojis have more sex. I don’t know if there’s any causation to back up that correlation but that’s something to keep in mind… I guess. (Time)

Just for fun, here’s a look at the best of StarCraft II from 2014. The closing shot is from IEM Toronto at Fan Expo Canada 2014 so that has to count for something.