Hollywood and the video games industry don’t have a very good track record of adapting the other’s work. A quick look at the movie adaptation of video games shows a track record of consistent critical flops with Final Fantasy: The Spirits Within scoring the highest Tomato Meter score of 43%. Video games based on movies and TV shows haven’t fared much better as good licensed games are more the exception than the rule.

As the week’s go by, I hear more and more about the planned Mass Effect movie. It’s not just Hollywood’s terrible track record in turning video games into a live-action dramatic presentation that worries me. It’s that Mass Effect can’t be turned into a movie without removing its soul.

(SPOILER ALERT: It’s been over a year since the trilogy ended but I still feel obligated to give you a heads up about spoilers. If you don’t want the Mass Effect trilogy spoiled, you should hit that back button.)

Gutting Mass Effect down from a thirty to forty-four video game to a two to three-hour movie is possible. It might piss off everybody that loved the games but I kind of doubt that Hollywood considers players of the source material to be their target with an adapted movie. 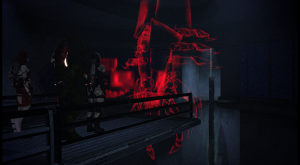 If I had to compress Mass Effect down to feature film length, I would cut out the side missions and about 99% of Mako driving during the campaign (though it would make an appearance or two). As interesting as it was, the whole of Feros gets cut for time. The first hour or so is Eden Prime, Citadel, Therum and squad recruitment. The second hour and change sees visits to Noveria and Vermire with the pace slowing considerably to allow for some character development and a conversation with Sovereign. The 30 to 45 minutes is Ilos and the final battle.

As I said, to make a Mass Effect movie work as your typical feature film, it would basically be action for three straight hours with little in the way of quiet moments. That’s probably because I know nothing about scripting summer blockbusters but I have a frightening feeling that I’m not too far off the mark. Given the content in Mass Effect 2 and 3, the plot and characters are likely to be overlooked more as the movie trilogy moves on.

The problem is that Mass Effect is not a game about shooting aliens. It’s about hope and discovery and the humanity in everyone and the characters. I don’t see how it’s possible to compress Mass Effect into such a short run time and not rip the heart out of the universe and leave a husk of the game on-screen.

When looking for an example of quality, compelling, well-received adaptations of another medium, I settled on HBO’s Game of Thrones as the perfect template for Mass Effect. George R. R. Martin’s A Song of Fire and Ice book series, which Game of Thrones is based on, is a very long and very ambitious story to bring off the page and onto the screen. So much time is spent on the plot and characters that a movie adaptation wouldn’t work. That’s why a TV adaptation has turned out perfectly. 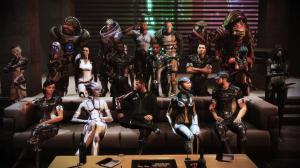 Given a series of hour-long TV shows to tell Mass Effect’s story, we’ll have time to do many things that wouldn’t be possible in a Mass Effect movie trilogy. You can spend time exploring the Citadel, learning about the characters and making the decisions Shepard makes feel like they matter.

Even mapping out a Mass Effect TV series would be easier than the movie. Two ten episode seasons would probably be a perfect length for each game. Not only would you be able to tell the story of the main missions but some of the more interesting side missions and fill in the back story of characters with episodes or scenes rather than just talking. Season one can end with a cliffhanger on Virmire and season two can cliffhanger on the Collector ship opening fire.

For example, Mass Effect 2: The Movie is likely to fall flat because ME1: The Movie isn’t likely to introduce Cerberus which means non-gamers won’t get the significance of Shepard joining forces with them. Similarly, reunions with your crew from ME1 will lack the same impact as it would if they knew the whole story.

When you get to Mass Effect 2: The TV Series, an episode dedicated to the Cerberus side quest involving Admiral Kahoku would serve as an introduction for the group and set us up for ME2. Getting to spend more time with Tali and Garrus would make their questioning Shepard’s alliance with Cerberus have more impact. These are things that there wouldn’t be time for in a three-hour movie. 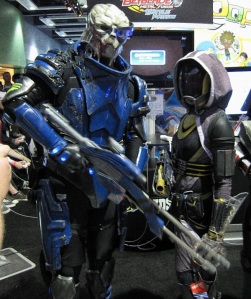 The example of Game of Thrones also allows us to give a Mass Effect TV series a big budget. Game of Thrones gets more than $60 million to produce a season. Mass Effect could look amazing given a similar budget since cosplayers have made some damn good looking Shepard and ally costumes on small budgets. Given that believable costumes can be made for four figures or less, the costuming savings can go toward making the sets look great.

The problem is that executives in the gaming industry see cinema success as a validation of their medium. Their medium stands up just fine on its own. It’s the interactivity of a game, that ability to live vicariously through an avatar, that makes a game special. BioShock had a compelling story and will make a great movie in the right hands because of the more on-rails nature of the story where as Mass Effect allows for choice and exploration and has a deep and immersive back story that needs time to do it justice. (For the record, BioShock is one of my five favourite games of all-time.)

If Electronic Arts and BioWare truly want to do Mass Effect, its story and its fans justice with a live-action adaptation, they’ll pull the plug on the movie project. Tell Mass Effect’s story on TV.