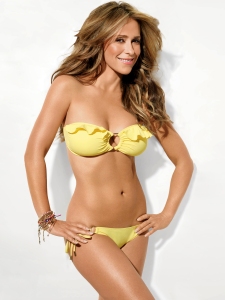 The NRA will bully people, especially the news media, if they try to access records of people who are registered gun owners. However, they access that info regularly for fundraising. Hypocrites much? (Gawker)

In the latest case of the US Congress playing chicken with the global economy, the mandatory spending cuts negotiated in 2010 called “the sequester” started this week. So what exactly is it? (Washington Post)

I’ve probably put this post too far up in the post but I found it interesting just the same. Folks are accusing Budweiser of watering down its beer. (The Week)

Vulture has put together an index of all the celebrities lampooned by South Park over the iconic show’s 16 seasons. (Vulture)

I’ve often said that Justin Bieber’s fans are terrifying. Well, a girl got retweeted by Bieber and his fans responded to their hero’s endorsement through RT by badgering her with death threats and suggesting she kill herself. Such pleasant people, they are. (The Sun) Bieber really should be doing more to quash his fans bullying tendencies  Even if it’s only a small minority, he certainly could do something to encourage them to be more civil and less scary.

Sadly, Mobutu is no more. The man behind the character has revealed his true identity and why he assumed the name of an African dictator. (Gawker)

For some reason, the WWE’s Tea Party wrestler angle is gaining traction with right-wing political commentators. But is there a statement that Vince and Linda McMahon are making with the angle? (The Classical)

Jennifer Lawrence’s Oscar has effectively cemented her as America’s new sweetheart. Well, that and the fact that she’s relatively normal by Hollywood standards. (Jezebel)

Meanwhile, Anne Hathaway has gone from America’s sweetheart to the woman America loves to hate. And there’s nothing wrong with that. (MacLean’s)

Anthony Bourdain guest starred on Archer last week and even reviewed some of the culinary creations that popped up on the show. (Uproxx)

One of these days, I’ll get sick of articles about Aliens: Colonial Marines. In the meantime, here’s a more timeline-ish look at what went wrong with the game. (Kotaku)

That link brings me to a quick programming note: If all goes according to plan, we’ll be pushing back Wednesday’s linkdump by a day. I’m working on a big video game article for Wednesday. It’s turning into a lengthy one but hopefully it turns out well.

What happens when the final scenes of Argo are mashed up with early scenes from Home Alone? It actually fits very well.