Since we’re doing lists of our favourite things of 2012, I thought I would cover video games. This was an odd year in gaming. New triple-A IPs were few and far between. Sequels were the name of the game this year as developers and publishers bided their time until the launch of the next generation of XBox and Playstation. However, thanks to Kickstarter, indie game bundles and digital distribution on multiple platforms, I think 2012 started to usher in more emphasis on high-quality independently developed games.

So in no particular order, here are my favourite games of 2012.

I was finally able to get my hands on Journey and I was definitely missing out. Journey is a very simple game. It doesn’t redefine gaming but it does help to define gaming as art. While there are some simple platforming elements to it, the heart of the game is the story. You play as a small creature on a Journey to a mountain, exploring gorgeous environments and learning about the history of your people through short cutscenes.

It’s quite possibly the most anti-AAA game ever. Most big budget games are about realistic visuals, intense combat and a story fleshed out by a cast of A-list actors. Journey eschews all of those for visuals out of a painting, a total lack of combat and no voiceovers whatsoever. Despite being the opposite of most of today’s top games, it’s every bit as good as, if not better than today’s best-selling triple-A titles. This is my game of the year. If you have a PS3, stop reading and buy it now. 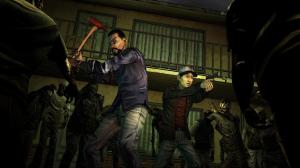 Was this game a technical masterpiece? No. Was the gameplay particularly innovative? No. Did the narrative more than make up for any other issue anyone had with this game? Absolutely. For a little game that is half the price of your standard console game (though it’s better and cheaper on PC), you get a longer and better game than many major publishers’ triple-A releases where a single-player campaign can be less than 10 hours. You’ll get between 10 and 15 hours for your $25 here.

The strength of The Walking Dead isn’t the value for money or creating a game that’s faithful to the comics. (By the way, this is based on the comics, not the TV show.) The best part of this series was the story. While it’s an industry buzz word now, your choices do matter in they affect relationships with other characters and how scenes play out. The plot and character development are superb and you will care about these characters when they meet their end. That’s not a spoiler. It’s the goddamn zombie apocalypse. It’s based on The Walking Dead comics where damn well near everyone died. People are going to die. In most instances, who dies is up to you though. That’s also why it’s not a spoiler.

For all the grief that I’ve given BioWare and EA over the Mass Effect 3 ending and DLC cash grabs, it doesn’t mean I don’t love the Mass Effect series. Let’s just call it tough love. Now, though, BioWare has released all three Mass Effect games for the price of one. In one package, you can get the whole Mass Effect trilogy, including the DLCs.

This is a sort of blanket endorsement for the trilogy. If you played part of the series but not the whole thing, you owe it to yourself to play through Mass Effect from start to finish. Even if you’ve played one or two already, you should fill in the blanks. The universe and story were amazing. Character development may not seem like much in the individual games but is much more interesting over the course of the trilogy. You owe it to yourself to play the whole series… Even if the original ending sucked.

Mark of the Ninja 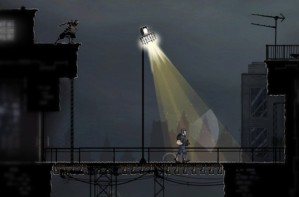 I don’t play many ninja games but I’d imagine that Mark of the Ninja is the definitive ninja experience. This isn’t a kung-fu action game. This is a stealth game. You have to sneak through the levels but you can play the pacifist and not kill any of the henchmen or assassinate everyone you come across. I’ve never been able to get stealth games or stealth levels in non-stealth games to work for me. However, MotN has a great system to show you if you’re visible, if you’ve been seen and if you’ve been heard. It’s the stealth and AI maintaining that consistency rather than trying to unexpectedly trip you up which makes this game fun to play rather than frustrating.

I never played the original X-COM when it came out in 1994. I’ve never been a fan of strategy games. I wasn’t interested in RTS games and I never got the hang of Final Fantasy Tactics. This probably somehow ties to my hatred of and terribleness at chess. For some reason, though, I still picked up XCOM: Enemy Unknown. Apart from being a sci-fi game, it’s nothing I typically go for in games. Yet, it ended up being a game I loved.

The game has many levels to it apart from being a tactical combat strategy game. In addition to the ground combat (which is a lot more intricate than chess which means I can actually play this game without constant failure), there is resource management, character customization and some political gamesmanship. If you’re a fan of the original X-COM, it’s been streamlined from what you remember but it’s supposed to be very faithful to the game you remember and love. If you run scared at the words “strategy game,” it’s very accessible for just about any game.

I almost forgot about this one. Technically, it’s a new game but it’s also been called a mod and a remake. If you haven’t heard of this game, a group of fans rebuilt the original Half-Life in Valve’s Source Engine. So it’s the classic Half-Life that’s considered a genre-defining first-person shooter and among the best games of all-time with updated visuals and sound. If you haven’t played Half-Life, it’s basically a must have. 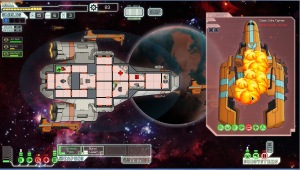 Putting FTL on this list means that half of my top twelve games of 2012 are independent games. The thing is that 2012 was a great year for smaller independent games. FTL may not have been the best indie game of the year but it was my favourite. If you haven’t read it yet, you should probably read my review on FTL. The tl;dr version of it is that this game is simple yet addictingly fun. You don’t need to be Commander Shepard and have a company drop tens of millions of dollars to make a great galaxy saving experience. It’s just fun to do a little old-school resource management as you outgun and outrun bigger and tougher ships to save the galaxy.

To round out this list to twelve, here are five games I haven’t played this year but are on my to-do list. 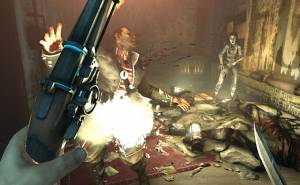 Earlier this year, I lamented the apparent death of new IPs as this console generation slowly came to its end. Fortunately, the rumours of creativity’s death had been greatly exaggerated. Dishonored was not only one of the best games of 2012 but it was a new IP. And here I was resigning myself to solely sequels until the launch of the PS4 and Xbox 720.

Dishonored’s great strength is that it allows you to approach the game however you want. You can play full stealth and avoid most conflict or you can Rambo your way through the whole game. The variety of various powers and weapons at your disposal makes either approach viable. Add in the lovely steampunk-inspired world and you have a game that looks as good as it plays. I really am kicking myself for not getting it sooner. 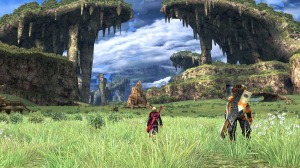 Pop quiz! What was the highest rated Wii or Wii U game of 2012 according to aggregator Metacritic? It’s not VGA winner New Super Mario Bros. U. It’s actually Xenoblade Chronicles. The JRPG scored five points higher from critics than any other Wii or Wii U game released this year.

High review scores, however, aren’t what you should base any purchasing decision on. If numbers were the only thing that mattered, my reviews would be one word and one number long (i.e. Rating: 9/10). When reviews of a game heap praise upon XC like calling it one of the best JRPGs of all-time and the best of this generation, you should probably take notice. Many years ago, my game library was full of JRPGs. Between good experiences with Final Fantasy and KOTOR, I fell in love with RPGs growing up. There’s no way in hell I’d want to pass on an all-time great JRPG. 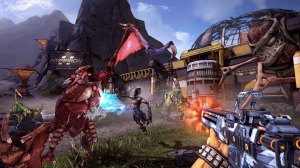 This is probably the farthest you’ll have to go down a games of the year list to find a first-person shooter. If you find a list with FPSs on it but omits Borderlands 2, you can consider that list null and void. Borderlands 2 is not for the CoD crew. It’s a funny FPS that incorporates RPG elements and, in a novel feature for modern first-person shooters, A PLOT! Borderlands won’t try to wow you with amazing graphics or “realistic” war simulations. It’s a throwback game where you and a bunch of friends shoot shit until it dies and laugh your asses off in between. That’s why it was the VGA’s best shooter of 2012.

As far as I’m concerned, military shooters are really a dime a dozen when it comes to single player. That’s largely because no one buys them for the single-player experience but going online to pwn noobs. Yes, I realize that’s a close-minded perspective on shooters.

However, Spec Ops: The Line was the one military shooter that dared to be different. You’ll read all about generic gameplay and poor controls in the reviews. What it got little credit for at first was that it tries to add some real personality to the typically remorseless slaughter of military shooters. The game makes you consider the consequences of your decisions as you go ahead and slaughter the enemy. It shows the effects of your decisions on your character and his squadmates. It allows you to make decisions which affect the story and the ending. Even if the gameplay wasn’t great, I’m actually interested in a shooter that tries to be more that a Point A to Point B shoot-em-up. 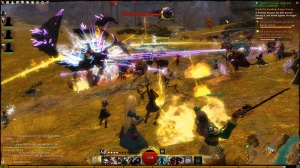 We established last week that MMOs aren’t my thing. However, I would be willing to take a chance on an MMO that’s built on the free-to-play/micro-transaction model but doesn’t go out of its way to restrict what new players can do. Guild Wars 2 only requires the purchase of the game to get the full experience. There are no subscription fees required to play from that point on. There are micro-transactions available to make your life easier but it’s not supposed to be pay-to-win. A full MMO with a strong emphasis on social gaming with modern visuals is enough to tempt me back into MMOs despite a shaky initial experience.

4 thoughts on “My Twelve Favourite Video Games of 2012”