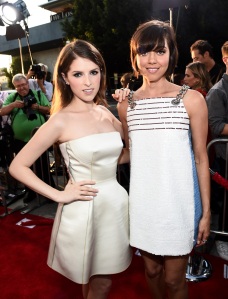 Is it just me or is summer really a dead time for movies. Since I’ve taken up temporary residence on Saturdays doing the entertainment links, I can’t think of massive summer blockbusters apart from family movies. Where are the big budget action movies? Where are the superheroes?

On the plus side, The Secret Life of Pets opens this weekend. Critics really seem to like it but not to the same extent that Pixar’s Finding Dory was adored by critics. The other big release is Mike And Dave Need Wedding Dates which is getting middling reviews.

Anyway, it’s Saturday night so it’s time for the links. Let’s kick off with the lead pair from one of this weekend’s movies. Here are Anna Kendrick and Aubrey Plaza.

END_OF_DOCUMENT_TOKEN_TO_BE_REPLACED 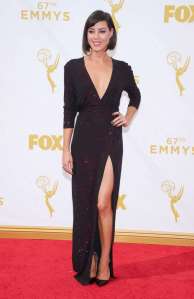 It hit me yesterday that we’re only eight days away from the 42nd Canadian federal election. The polls feel like they’ve been all over the place with all three parties getting a turn on top. Right now, it’s the Liberals on top but you can’t help but feel like the poll numbers will bring the parties together again.

Anyway, it’s the Sunday before Thanksgiving which means that it’s time for the links. Let’s kick off with Aubrey Plaza.

It’s eight days until the Canadian federal election. In case you needed help eliminating one of the three big parties from consideration on your ballot, read this. (Don’t Be A Fucking Idiot)

As we approach the anniversary of last year’s Ottawa shooting, MacLean’s looks at the men and women that ran to help Cpl. Nathan Cirillo. (MacLean’s)

END_OF_DOCUMENT_TOKEN_TO_BE_REPLACED

If you thought there wasn’t much left to chew on for zombie movies, well you might be wrong there. Life After Beth is a smart zombie comedy that retains its central message while it keeps the laughter rolling throughout. The directorial debut of “I Heart Huckabees” co-writer Jeff Baena reminds us all the fact that while we enjoy a good zom-rom-com flick, the mash-up of the three genres is an awfully bizarre monster of its own. END_OF_DOCUMENT_TOKEN_TO_BE_REPLACED