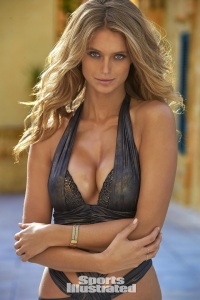 It’s been a while since we’ve done a sports-heavy set of the links but that’s what we have today. Don’t worry. They aren’t very fluffy stories about sports. From a look at how sports stories grew TMZ to sports media stories and more, it’s our usual sorts of stories but related to sports rather than politics.

Anyway, it’s Sunday which means it’s time for us to do the links. Let’s kick off with Canadian model Kate Bock.

Apple and the FBI are fighting over what seems to be something as simple as decrypting an iPhone. The FBI really wants a backdoor built into the iPhone. (Krebs on Security)

Another week, another article about whether the Republican Party can survive a Trump candidacy. (The New Republic)

Here’s a lengthy look inside the might that is TMZ. (The New Yorker)

SB Nation thought it had a good article about a convicted rapist that respected his victims. No one else felt that way. (New York Times)

Jay and Dan are back on Fox Sports 1 with a revamped Fox Sports Live. They worked on TSN because they threw humour into an otherwise stiff format like DP and KO. The problem is that the more popular they became in Canada, the more they tried to up the humour. It basically backfired like Family Guy which worked when it was somewhat restrained and fell off the rails when McFarlane thought that random was funny. It happened on TSN and it’s happening to Jay and Dan now. (Deadspin)

We’ve seen a few looks at Lucha Underground but here’s one with executive producer and TV hotshot Mark Burnett. (TribLive)

I’m used to getting a bad deal as a Canadian but Canadian Netflix is worse than the Dominican Republic, Haiti and Nicaragua. (Exstreamist)

One of the unexpectedly biggest stories in Canada this week: Canadians aren’t allowed on Jeopardy anymore. (CBC)

Who tweeted it: Trump or Kanye? (CNN)

Our old home, 94.9 FM CHRW, is under threat of defunding and closure. While we had a rather bad breakup with the station, it would be sad to see it go. (The Gazette)