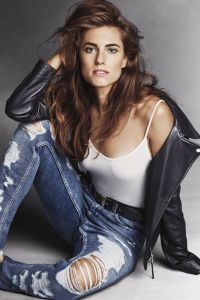 Happy Wednesday, interwebs. I don’t know about the rest of you but I’m having one of those weeks were happiness is but a fleeting moment. Just when I think I can be content, BAM, something hits me and tries to convince me otherwise. Monday started terribly and snowballed. Tuesday went well until the end when one unhappy interaction put a pall on my afternoon and evening. Let’s see how today goes though I hope yours is better than my week.

Anyway, enough deep-rooted self-loathing. We’re here on Wednesdays to do the links. Let’s kick things off with Allison Williams.

Ben Carson might be one of two Republican frontrunners but for every bit as good as he is at medicine, he’s bad at economics. (Fortune)

And then there are the views held by his church. His denomination believes that the US government will bring about the Antichrist or some such like that. Does it still happen if Carson is President? (The Daily Beast)

I hope you aren’t too fond of democracy, Wisconsin. It doesn’t look too good for you. (Huffington Post)

Matt Kenseth was suspended two races for doing something that has gone unpunished countless times before in NASCAR. Even Danica Patrick wasn’t suspended for the same infraction at Martinsville. In NASCAR, it’s not about what the crime was but who the victim was. Anyway, deliberate wrecks and the Chase format is a story that’s been brewing for the last couple of weeks and has come home to roost. (Jalopnik)

Unlike NASCAR, F1 generally has its shit in order. Here’s a look at its Safety and Medical Car teams. (Wired)

Vice is going to get its own TV channel through a rebranding of A&E’s H2 channel. (The Verge)

We should all know not to completely trust technology but you really shouldn’t be trusting SnapChat right now. They’re keeping your selfies. You probably agreed to it. (Daily Telegraph)

Guinness is going vegan-friendly in 2016. How soon until we get Guinness Classic? (CNBC)

Comcast threw shade at Google Fiber. Comcast’s customers quickly threw it right back at them. (BGR)