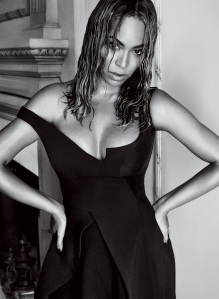 While I realize that SummerSlam is tonight and that’s what most casual wrestling fans will be paying attention to tonight. Folks who watch a bit more than the PPVs were probably watching NXT TakeOver: Brooklyn which was pretty damn good. Like the last TakeOver, it’s worth going out of your way to watch the women’s title match. It’s amazing what good storytelling can do to supplement good wrestling. Too bad the main roster bosses don’t get that.

Anyway, it’s Sunday so it’s time for the links. I’m trying to go thematic but not doing so well. Since Jay-Z is a prominent New Yorker, kicking off with Beyonce seems appropriate.

White collar work definitely isn’t as glamorous as some would believe. Just ask those being pushed to the breaking point at Amazon. (New York Times)

Public Health England says that vaping is 95% less harmful than smoking cigarettes. Vaping probably shouldn’t be allowed in public spaces (just like smoking) but at least it’s a step in the right direction. (The Guardian)

For some people, blocking ads online isn’t just about uncluttering unsightly ads. Those ads often come with tracking malware embedded which is what everyone should avoid. (New York Times)

Just when you thought that we had our fun with the Ashley Madison hack, the hackers released another 20 GB of data mined from the site. (Wired)

There is some fun to come out of all of the Ashley Madison data. The executive director of the Louisiana Republican Party had a paid account for “opposition research.” (Politico)

It’s not just the Americans using Ashley Madison. Members of the Canadian Department of Defense and the House of Commons are registered users of the site. (The Globe and Mail)

And Ashley Madison is subject to a $578 million class action lawsuit over the data breach. I wonder if damages can include divorce lawyer payments. (The Guardian)

For SummerSlam this evening, here’s a look at WWE ELO ratings. Who is actually the best in the world? (Harvard Sports Analysis)

The Foo Fighters arrived at a concert yesterday by Rick Rolling a protest from the Westboro Baptist Church. (Billboard)

A little spoiler for next week’s episode of NXT: The NXT TV exclusive pre-show included Enzo and Cass. As expected, they were over like Rover at their hometown show. Here’s a view from the crowd of their entrance.