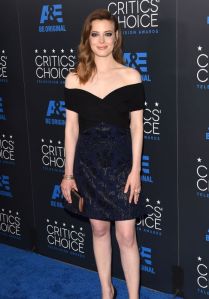 I think I’ve got a good mix of links today. We’ve got some stories about modern society and some about politics and some about FIFA. This has been a pretty interesting week so far and we’re really only two days into it. Granted, in my many years doing this blog, that usually means a dull back half of the week.

Here in longform news that is obvious any time people go on the internet: “Badly educated men in rich countries have not adapted well to trade, technology or feminism.” (The Economist)

Hilary Clinton might be the most popular politician in America. She’s so popular that the media machine that hates the Clintons might be broken by popular support to the contrary. (Vox)

Just when you thought it was dead, the Senate brought is back again. The US Senate is bringing back three recently expired parts of the Patriot Act. (Ars Technica)

FIFA President Sepp Blatter resigned yesterday. Could the investigation tracing back to his Secretary General be the moment that broke him? (New York Times)

Qatar says that the investigation into the 2022 World Cup is racist. So the accusations of bribes and the weather that forced the shift to winter and the lack of football history or infrastructure and the deaths of migrant workers are all racist fabrications too? (The Independent)

The Detroit Tigers went from one of the worst defensive teams in baseball to one of the best. Getting rid of Prince Fielder and moving Cabrera back to first probably didn’t hurt. (The Triangle)

Time Inc thinks the way to more money is through paywalls. Good luck. I’ll issue a standing $500 offer for your empire when it crumbles. (CNN Money)

Legendary entertainment reporter Nikki Finke is out of the business for ten years as a part of her settlement with Deadline. Now, she’s a fiction writer. (New York Times)

I’m not sure if the DuckTales theme synced to Single Ladies is frightening or brilliant… Maybe it’s a bit of both.

My boy, Kevin “Fight, Owens, Fight” Owens, took down John Cena on Sunday. Here’s a look behind the scenes at the big day of the WWE’s next big thing.