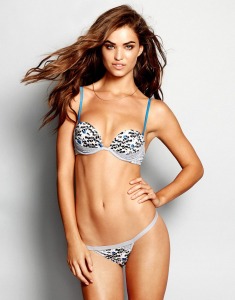 It’s time for the first set of Sunday links of 2015. I’m a bit busy this week so I’m not going to guarantee what will be coming up this week apart from our review of the annual Doctor Who Christmas special. I’m working on a whole pile of video game reviews for et geekera so expect them here in the near future too. I’m hoping to get back into long form writing in 2015 so we’ll see what that brings us too.

Anyway, it’s time for the links. Since it’s a new year, let’s start with a new face on the blog. Here’s Dutch model Robin Holzken.

Happy 2015 everyone! Here’s a whole host of law changes that have come into effect in Canada already. (CBC News)

I think I’ve mentioned this a few times but there’s a federal election in Canada this fall. Right now, there’s no clear-cut frontrunner. (MacLean’s)

You thought your job was miserable at Christmas? Try working at Amazon. (Gawker)

The NYPD are protesting the Mayor’s office by not making arrests “unless absolutely necessary.” The result is arrests being down 66% without anarchy ensuing. So if they’re only making necessary arrests and the City of New York hasn’t burnt to the ground, what’s up with the other 66% of arrests? (The Atlantic)

You’ve probably not heard of Tenet Health Care but they’ve greatly benefited from Obamacare. I guess it isn’t so bad after all. Unless you’re a Republican who is supposed to hate it on principle and try to avoid any appearance that you like it at all. (CBS News)

An unnamed American woman is filing a massive lawsuit claiming that she was used as a sex slave by a number of powerful individuals including Prince Andrew. (The Guardian)

The US has imposed sanctions on North Korea for the Sony hack while there’s disagreement as to whether North Korea hacked Sony. Makes perfect sense. (CNBC)

Nobody’s perfect but least of all is Vox. The new news site has made absolutely massive hashes of many stories over the first nine month’s of their existence. (The Concourse)

Speaking of Vox, they have some board game recommendations if you want to learn about economics without learning economics. (Vox)

Oliver Stone is making a documentary about the CIA’s influence in recent events in Ukraine. Whether it’s true or not, you have to think that this movie will harm his career more than Michael Moore’s Oscar speech. (Zero Hedge)

For no real reason, here’s a look at the best wrestling moments from a wrestling company whose CEO hates wrestling. I’m considering doing the Road to Wrestlemania recap/review series again since it’s the actual 30th anniversary of WrestleMania this year.